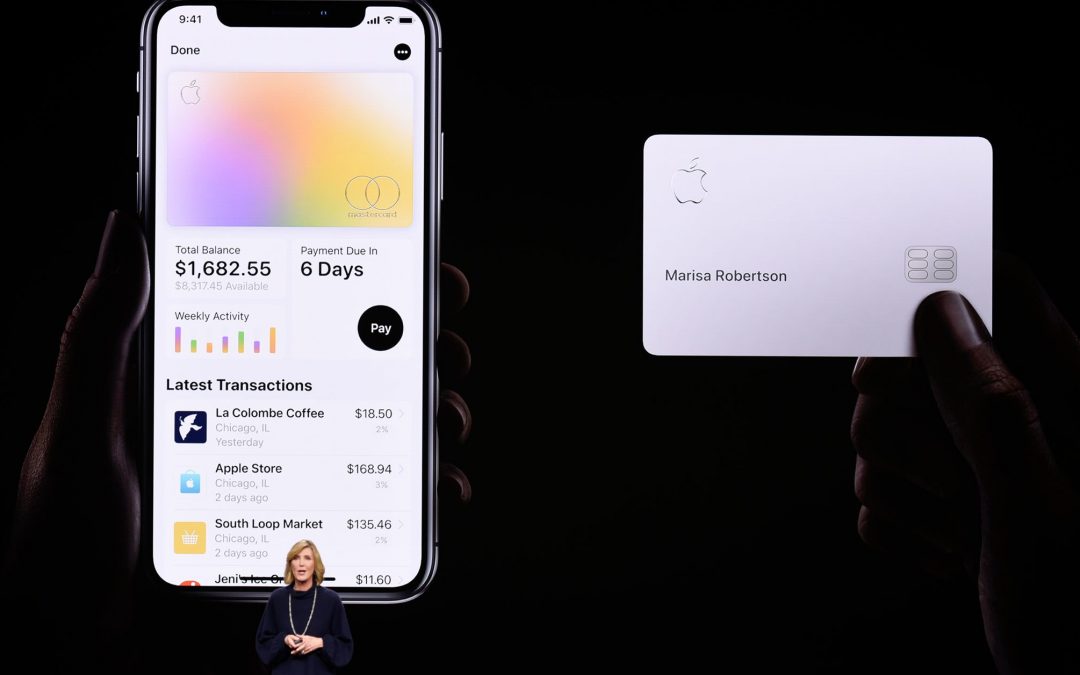 Apple’s event Monday ended up featuring one piece of hardware after all: a new credit card, which it plans to launch this summer in the US. The aptly named Apple Card, created in partnership with Mastercard and Goldman Sachs, will live within the existing Wallet app on iPhones and as a traditional physical card. During a keynote speech, Jennifer Bailey, Apple’s vice president of Apple Pay, described the card as “bold and innovative,” even though it doesn’t offer many unique rewards or perks. But it does feature several security upgrades that may appeal to those especially concerned about privacy.

Apple Card is ultimately a credit card, and as such, comes with recognizable cash-back perks, though with an Apple-specific twist: 2 percent cash back on any transaction made with Apple Pay and 3 percent back on Apple products and services, including purchases made within the App Store. If you use the real-life titanium Apple Card, you only get a 1 percent cash rebate.

The hope is that the card will incentivize a greater number of US retailers and consumers to adopt Apple Pay, the digital wallet service Apple first introduced in 2014. During the company’s event Monday, Apple CEO Tim Cook noted that only 70 percent of US retailers accept Apple Pay, far below the adoption rate of 99 percent in Australia. “They’re really nudging consumers toward using Apple Pay on a regular basis and not just as an occasional thing when a retailer allows,” says Sara Rathner, a credit card expert at personal finance company NerdWallet.

After you’re approved to receive an Apple Card, a unique, permanent card number is created and stored on your iPhone. Each time you make a purchase, Apple says a different, one-time “dynamic security code” will be generated, which prevents your Apple Card from being stolen or used without your authorization. Your permanent card number is never shown. So-called dynamic credit card technology has been around for several years. Companies like Privacy, for instance, already let users make online purchases without revealing their actual credit or debit card numbers.

Even if a physical Apple Card is lost or stolen, there’s far less information on it for a thief to use to try to make a fraudulent transaction. It features no card number, no expiration date, no signature, and no three-digit code on the back. The customer’s name is simply printed on the front alongside a security chip.

Apple’s credit card will compete with offerings from Square, Amazon, and Venmo, as well as with cards from traditional banks, many of which already offer similar cash-back programs. Amazon’s Visa card, for instance, gives buyers a 3 percent to 5 percent rebate on both Amazon and Whole Foods purchases. “Cash-back cards are popular; there are lots of other options available that are pretty similar,” according to Rathner.

Like pre-existing personal finance apps such as Mint and Acorns, Apple Wallet will automatically track where and how much you spend with Apple’s credit card. The idea is to help “everyone live a healthier financial life,” Bailey said on stage Monday. But it’s not clear whether Apple Wallet is capable of automatically tracking things like mortgage and rent payments, which are typically made directly from checking accounts, not via credit card. Bailey also didn’t clarify whether Apple Wallet could integrate data from consumers’ other existing credit cards. “I’m not sure how full a picture it would show,” adds Rathner.

Apple also plans to leverage information from Apple Maps for its new credit card. When credit card processors have limited information about a merchant, the transaction on your banking statement might only include the business address or other vague details. Apple will use its mapping data to plug those holes, in an attempt to make it easier for consumers to understand their spending habits. For example, instead of “$12.95 spent at 123 Main St.,” Apple Card will automatically replace the address with “Moe’s Hardware Store.”

Apple Card is one piece of a larger shift at Apple from hardware like iPhones to services that can provide more recurring revenue for the company. In addition to Apple Card, the company also announced News+ on Monday, a subscription news service that will cost $10 a month. (It includes content from WIRED.) Apple needed to find new sources of revenue in part because the global smartphone market is slowing down, as people hold on to their devices for longer. And there are likely few better ways for Apple to generate some extra cash than by setting itself up to collect boatloads of credit card processing fees.