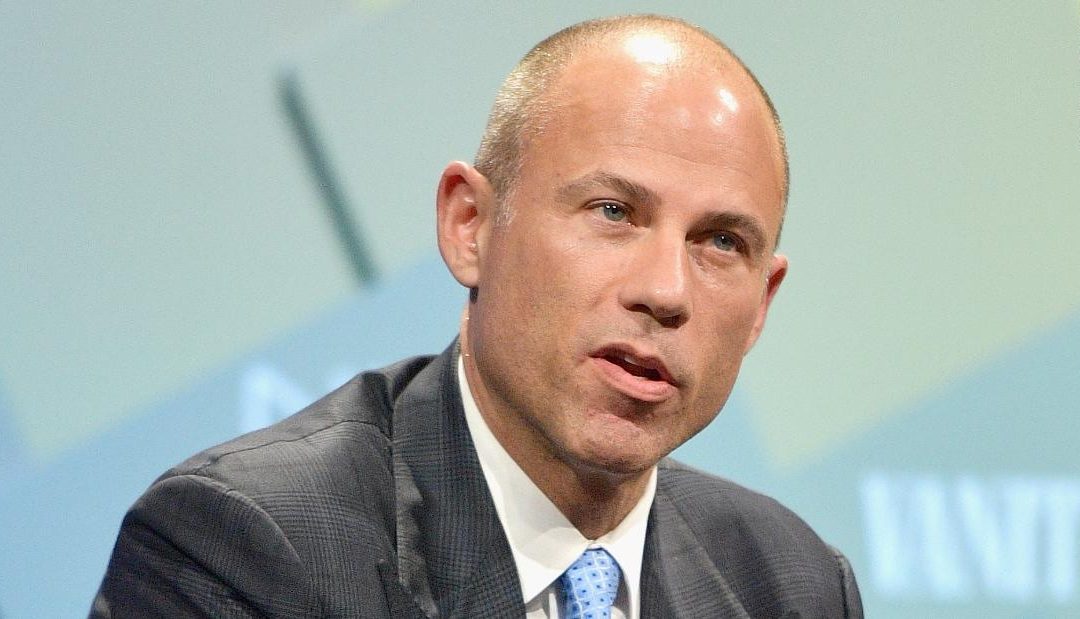 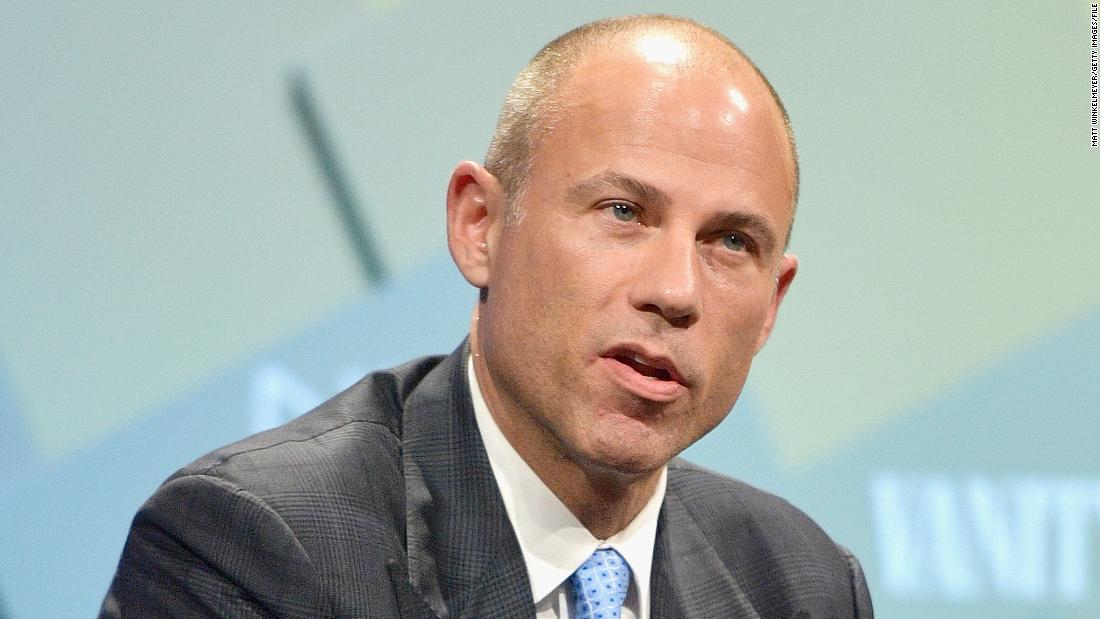 (CNN)Federal prosecutors in Manhattan and Los Angeles charged attorney Michael Avenatti nearly simultaneously in two criminal cases Monday, unsealing complaints that alleged he attempted to extort more than $20 million from Nike and that he committed wire and bank fraud.

The criminal complaint unsealed in the New York case describes a rapid investigation that unfolded over the course of just the past six days, beginning March 19, and portrays Avenatti as the brash persona likely familiar to the public from his former representation of adult-film actress Stormy Daniels. 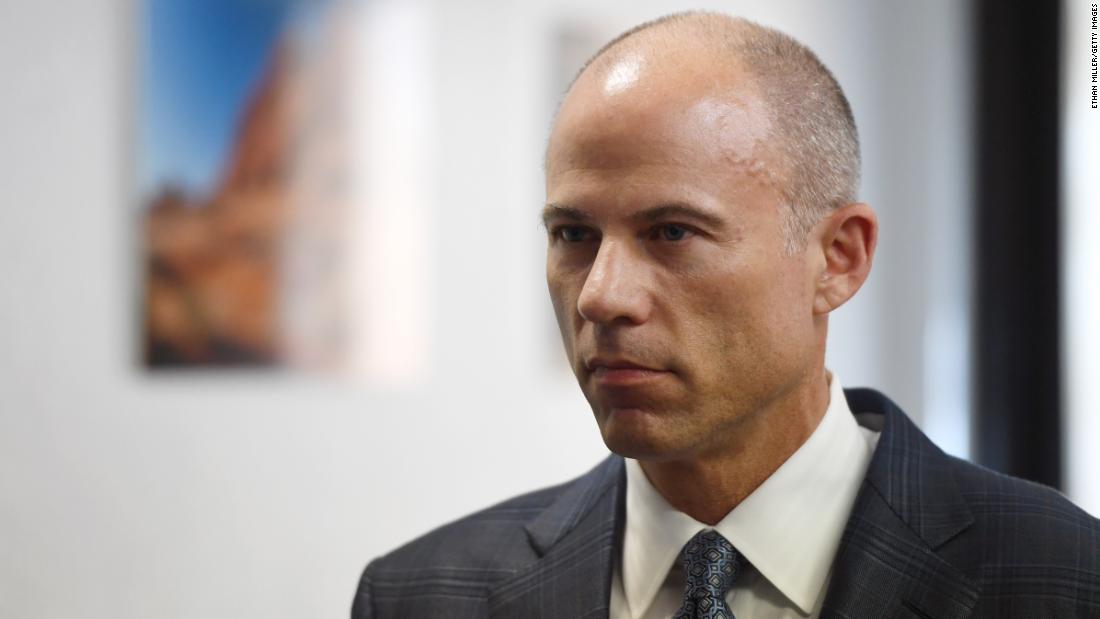 According to the complaint, Avenatti met March 19 with attorneys for Nike and threatened to release what he said were allegations of misconduct by employees on the eve of both its quarterly earnings call and the start of the NCAA tournament.
Avenatti would disclose the allegations at a press conference, he said, according to the complaint, unless Nike made millions in payments to him and an unnamed co-conspirator by hiring them to conduct an “internal investigation,” for which he later requested between $15 million and $20 million. Avenatti also allegedly demanded that Nike pay $1.5 million to an individual he claimed to represent.
Immediately following that meeting, Nike’s outside counsel, lawyers from Boies Schiller Flexner LLP, according to people familiar with the matter, contacted federal prosecutors to inform them of Avenatti’s threats, the complaint says. At the direction of law enforcement, one of the attorneys then arranged a call and a meeting with Avenatti, both of which were recorded and monitored by investigators.
The attorney who cooperated, referred to as Attorney-1 in the complaint, is Boies partner Scott Wilson, according to a person familiar with the matter.
“I’ll go take $10 billion off your client’s market cap … I’m not f***ing around,” Avenatti told Nike’s attorneys, according to the complaint.
“And I’m not continuing to play games,” he added. “You guys know enough now to know you’ve got a serious problem. And it’s worth more in exposure to me to just blow the lid on this thing.”
He was arrested outside Boies Schiller’s Manhattan offices on Monday afternoon, according to a person familiar with the matter.
Minutes after the news about the New York charges broke, federal prosecutors in California charged Avenatti in a separate case involving wire and bank fraud — charges that could bring a maximum sentence of 50 years in federal prison.
The California complaint alleged he “embezzled a client’s money in order to pay his own expenses and debts — as well as those of his coffee business and law firm — and also defrauded a bank by using phony tax returns to obtain millions of dollars in loans.”
Until recently, Avenatti’s best-known client Daniels, a central figure in the hush-money scandal that resulted in Manhattan federal prosecutors charging President Donald Trump’s former personal attorney, Michael Cohen, with campaign-finance violations. Cohen pleaded guilty and is set to report to prison in May.
“As all of you know, for the entirety of my career I have fought against the powerful — powerful people and powerful corporations. I will never stop fighting that good fight,” Avenatti told reporters outside the Manhattan courthouse Monday, declining to take questions. “I am highly confident that when all of the evidence is laid bare in connection with these cases, when it is all known, when due process occurs, that I will be fully exonerated, and justice will be done.”
On Monday, after the two sets of charges against Avenatti became public, Daniels said she was “saddened but not shocked” at the news.
“I made the decision more than a month ago to terminate Michael’s services after discovering that he had dealt with me extremely dishonestly and there will be more announcements to come,” she said in a statement.
Avenatti did not immediately respond to a request for comment.

Geoffrey Berman, the US attorney for the Southern District of New York, told reporters Avenatti’s actions amounted to a “shakedown.”
“By engaging in the conduct alleged in the complaint, Avenatti was not acting as an attorney,” Berman said. “A suit and tie doesn’t mask the fact that at its core, this was an old-fashioned shakedown.”
Much of the alleged actions by Avenatti regarding Nike appeared to unfold quickly through roughly the past week, culminating in the announcement of his arrest Monday shortly after a tweet declaring his intent to hold a news conference Tuesday.
“Tmrw at 11 am ET, we will be holding a press conference to disclose a major high school/college basketball scandal perpetrated by @Nike that we have uncovered. This criminal conduct reaches the highest levels of Nike and involves some of the biggest names in college basketball,” Avenatti tweeted.
Nike said in a statement that it would “not be extorted or hide information that is relevant to a government investigation” and had been cooperating with an investigation into NCAA basketball for over a year.
“When Nike became aware of this matter, Nike immediately reported it to federal prosecutors,” the statement said. “When Mr. Avenatti attempted to extort Nike over this matter, Nike with the assistance of outside counsel at Boies Schiller Flexner, aided the investigation.”

Attorney Mark Geragos is the unnamed co-conspirator referred to in the New York criminal complaint against Avenatti, a source familiar confirmed to CNN.
The complaint described the co-conspirator as “an attorney licensed in California who’s known for his representation of celebrity and public figure clients.”
Geragos has not been charged with a crime.
The Wall Street Journal was the first to report that Geragos was the unnamed co-conspirator. Geragos has represented a number of high profile clients including Chris Brown and Jussie Smollett. Geragos was a CNN contributor, but he no longer is as of Monday.
Geragos did not immediately respond to CNN’s request for comment.

While the actions in the Manhattan case allegedly unfolded last week, federal prosecutors in Los Angeles announced separate charges of wire fraud and bank fraud against Avenatti on Monday that they said were the product of a lengthy investigation.
Nick Hanna, the US attorney for the Central District of California, told reporters that the charges against Avenatti “paint an ugly picture of lawless conduct and greed.” Hanna said that contrary to Avenatti’s Twitter description of himself as a fighter for justice, he is really a “corrupt lawyer who fights for his own selfish interests.”
Hanna said Avenatti committed fraud during his involvement in an intellectual property case that resulted in a $1.6 million payment that was supposed to be made in January 2018. Instead of paying the client, Avenatti gave a bogus date of March 2018 for the payment and used the money to pay his own coffee business and personal expenses, according to Hanna.
In 2014, Avenatti defrauded a Mississippi bank and submitted fake income tax returns, false law partnership tax returns to support applications for three loans totaling over $4 million, according to Hanna.
Hanna said Avenatti’s arrest was not politically motivated, nor did its timing have to do with the recent conclusion of the special counsel investigation led by former FBI Director Robert Mueller. Hanna added that the investigation was ongoing.