Futures Arent Just for Juice. Theyre for Truck Routes Too 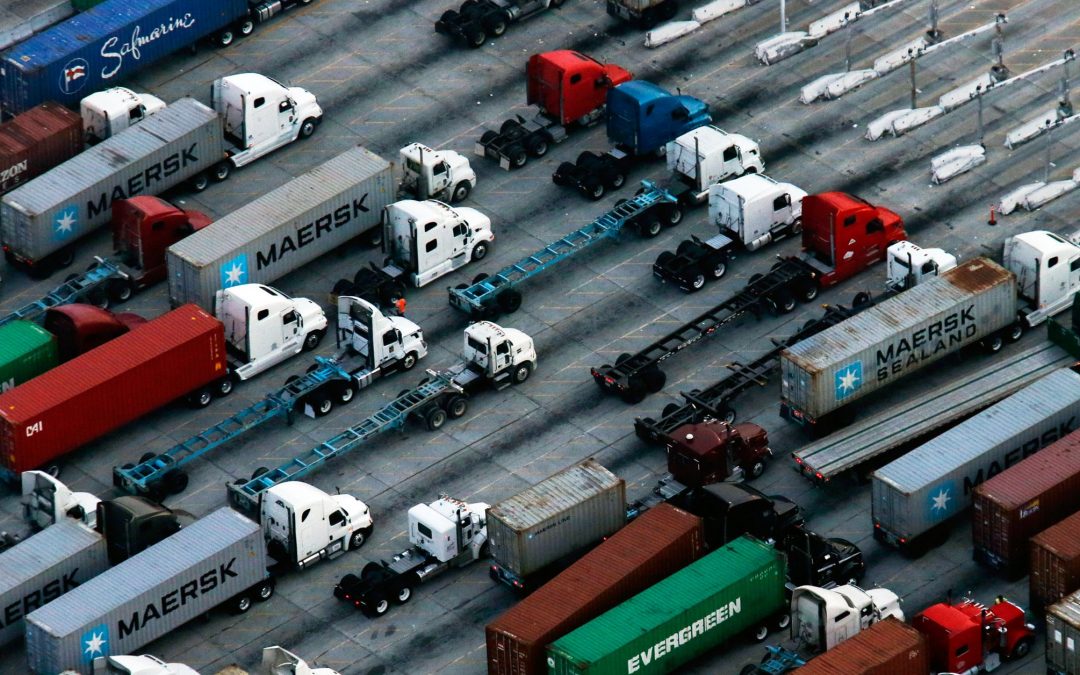 When Randolph and Mortimer Duke first explained the commodities market to Billy Ray Valentine in 1983, they laid out five examples: a cup of coffee, a piece of bread, some slices of bacon, a glass of frozen orange juice, and a few bars of gold. “Some of our clients are speculating that the price of gold will rise in the future, and we have other clients who are speculating that the price of gold is going to fall. They place their orders with us, and we buy or sell their gold for them,” Randolph Duke said. Valentine got it right away: “Well, it sounds to me like you guys a couple of bookies.”

Had Eddie Murphy, Ralph Bellamy, and Don Ameche been filming that seminal scene of Trading Places today, they could have used another example, albeit one harder to fit on a breakfast table: truck routes. Because now, for the first time, you can speculate on how much it will cost to send a truckful of goods between a few major American cities, more than a year before the driver climbs into the cab. The folks playing the bookies here say it will make the workings of an economically vital industry more transparent and reliable. And observers say this first trucking freight futures marketplace is just the latest sign of how trucking, long stuck in the past, is steadily rolling into the digitized 21st century.

The marketplace, which launched Friday, is the work of analytics and research firm FreightWaves, Virginia-based Nodal Exchange, and DAT (once known as Dial-a-Truck), which operates the country’s largest load board, a system for connecting truckers to things that need trucking. It offers contracts up to 16 months in advance for shipments on a handful of key routes: between Seattle and Los Angeles, Los Angeles and Dallas, and along the triangle formed by Chicago, Atlanta, and Philadelphia.

Say you know you’re going to be shipping 50 trucks worth of Ray Beri sunglasses from Atlanta to Chicago in April 2020, just as warm weather returns to the Second City. You head to Nodal Exchange, which would offer you a price—say $1.40 a mile—to pay for that shipment, calculated based on DAT’s data. You tell your broker to make the deal, paying for the distance you intend to drive, plus the fee that Nodal splits with DAT and FreightWaves. When the time comes, costs have gone up by 30 cents a mile. You still pay your carrier his $1.70 rate, but because you’ve settled on the $1.40 number with Nodal, they pay you back the difference. But if trucking costs drop between the time of your deal and your real world movement, you cough up the difference. The idea is to hedge your costs.

That can be a big deal in a world where driver shortages, port strikes, weather, and other factors can drastically shift prices, and in which guarantees are hard to come by. Turns out, most trucking contracts are closer to handshake deals than binding agreements. If the pricing situation changes, either side can decide to renegotiate.

The world of futures has been around since long before Eddie Murphy went into movies. They’re a key tool for farmers especially, who use them to lock in guaranteed prices on crops before a good or bad harvest can knock them into bankruptcy. Many futures are for physical products: oats, aluminum, cheese, oil. Others border on metaphysical. You can buy and sell futures on snowfall, box office returns, and energy prices.

This new trucking market falls in the latter camp. “You’re not buying a future where a truck will show up and physically bump your dock,” says FreightWaves CEO Craig Fuller. It’s a financial instrument that offers a guarantee against an often volatile market, whether you’re shipping stuff or carrying it. Of course, it’s open to speculators, too.

The fact that futures have finally come for trucking is just the latest sign that the industry is changing. It has long been a conservative business, where carriers and their customers connect through personal relationships. DAT’s load board started in the 1970s as an actual bulletin board with index cards at the Jubitz truck stop in Portland, Oregon. But it’s only in recent years that much of that activity has moved off the telephone and fax machine and onto the internet. Lately, smartphones and mandatory electronic logging devices have generated far more data than ever before, making capacity and volume easier to track and understand in real time.

That has allowed for the rise of digital brokerage firms like Uber Freight, which connect carriers and shippers without anyone having to ask how anyone’s kids are doing. “I think carriers are open to selling their capacity in the market in a way they might not have been 20 years ago,” says Jon Gilbert, a supply chain management and logistics specialist with PLG Consulting. “What I view Freightwaves as being is part of the progression toward the commoditization of transportation services.”

So even if Duke and Duke ended up with more frozen oranges than their bottom line could handle, at least now they’d know how best to move them to thirsty breakfasters across the country.