Trump Fed pick was held in contempt for failing to pay ex-wife over $300,000 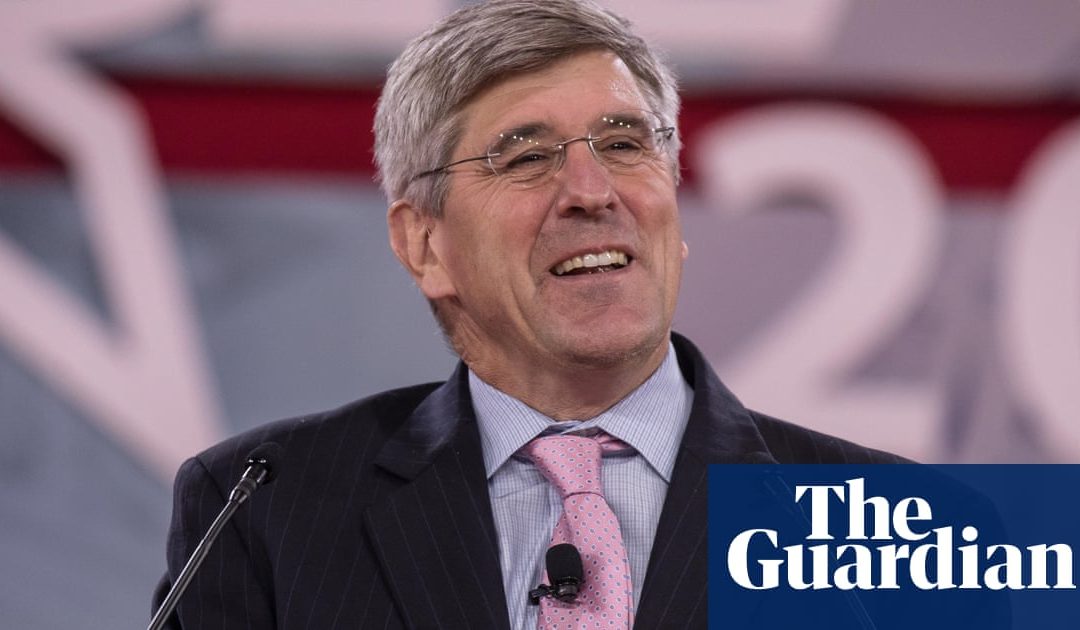 Records obtained by Guardian show Stephen Moore reprimanded by judge for not paying alimony, child support and other debts 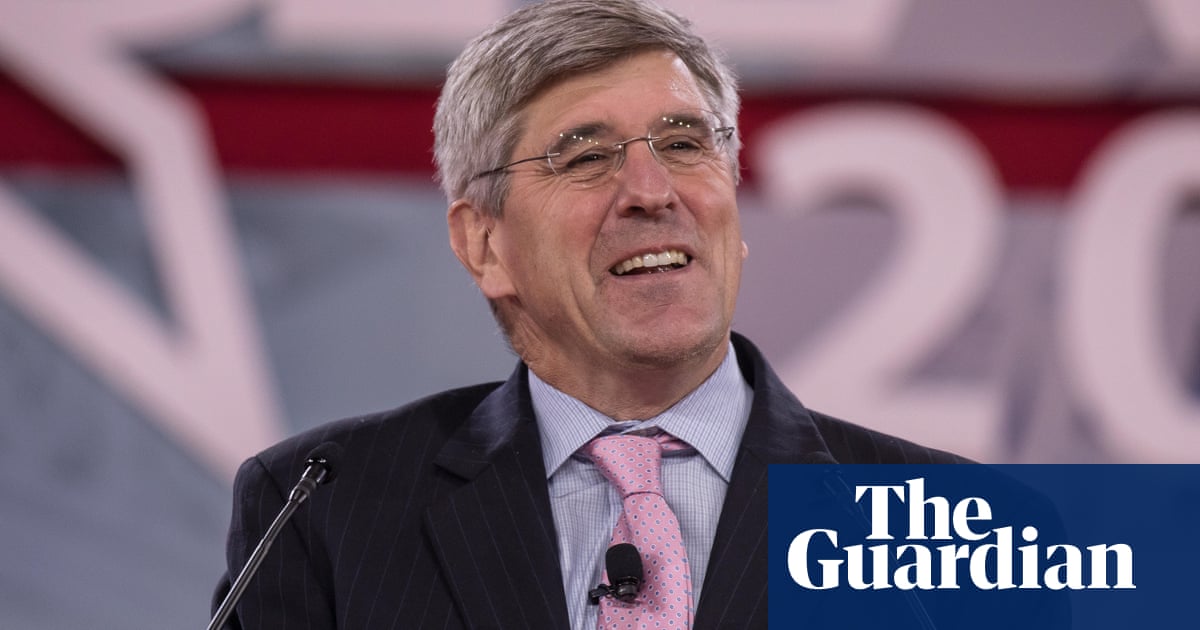 Stephen Moore, the economics commentator chosen by Donald Trump for a seat on the Federal Reserve board, was found in contempt of court after failing to pay his ex-wife hundreds of thousands of dollars in alimony, child support and other debts.

Court records in Virginia obtained by the Guardian show Moore, 59, was reprimanded by a judge in November 2012 for failing to pay Allison Moore more than $300,000 in spousal support, child support and money owed under their divorce settlement.

Moore continued failing to pay, according to the court filings, prompting the judge to order the sale of his house to satisfy the debt in 2013. But this process was halted by his ex-wife after Moore paid her about two-thirds of what he owed, the filings say.

In a divorce filing in August 2010, Moore was accused of inflicting emotional and psychological abuse on his ex-wife during their 20-year marriage. Allison Moore said in the filing she had been forced to flee their home to protect herself. She was granted a divorce in May 2011.

Moore said in a court filing signed in April 2011 he admitted all the allegations in Allison Moores divorce complaint. He declined to comment for this article.

Allison Moore declined to comment during a brief telephone discussion this week. A person close to the Moores said they now had a better relationship and that Allison Moore had a more favourable view of their marriage.

Trump has been criticised for selecting Moore for an influential job at the worlds most powerful central bank. A former economics writer for the Wall Street Journal who has held positions at several conservative thinktanks, Moore was an adviser to Trumps 2016 campaign and has championed the president on cable television.

Greg Mankiw, an economics professor at Harvard University who was a senior economic adviser to former president George W Bush, has said Moore does not have the intellectual gravitas for the job and urged senators to reject him.

The Guardian revealed this week that Moore owes the US government $75,000 according to the Internal Revenue Service (IRS). Moore disputes the governments claim and blames confusion over tax deductions relating to his child support and alimony payments.

Moore has lamented the steady decline in US marriage numbers, asserting in an October 2014 article that intact families were important for the economy and criticising those who cheer divorce as a form of womens liberation.

Concluding the article, he called for a personal and national commitment to sturdy families and strong parenting as part of a culture of virtue aimed at saving the American economy from what he called a path of decline.

Moores 2018 book Trumponomics, co-authored with the veteran economist Arthur Laffer, said many Americans felt a sense of not being loved (tied to divorce and family breakup) and argued this was one reason people should be required to work to receive money from government assistance programs.

He has frequently derided the views of the American left on cultural issues, claiming in a 2015 article published by the Christian Broadcasting Network that to liberals if you support traditional marriage, you are a fascist.

The 2010 divorce filing from Moores wife said he had destroyed their marriage through adultery, after creating two accounts on the dating website Match.com and beginning an affair with a woman early in 2010.

Moore is said to have discussed the affair openly and tastelessly with his then wife, and to have said at one point: I have two women, and whats really bad is when they fight over you. He also left evidence of the relationship around the home, the filing said.

Allison Moore said in the filing she had been a good and dutiful wife and quit her job to raise the couples three children, only to suffer infidelity and poor treatment from her husband.

Erickson has been indicted on federal charges of money laundering and tax fraud, to which he has pleaded not guilty. His girlfriend, the Russian pro-gun activist Maria Butina, pleaded guilty to working as a Russian agent by trying to infiltrate the conservative political movement in the US. She is due to be sentenced next month.