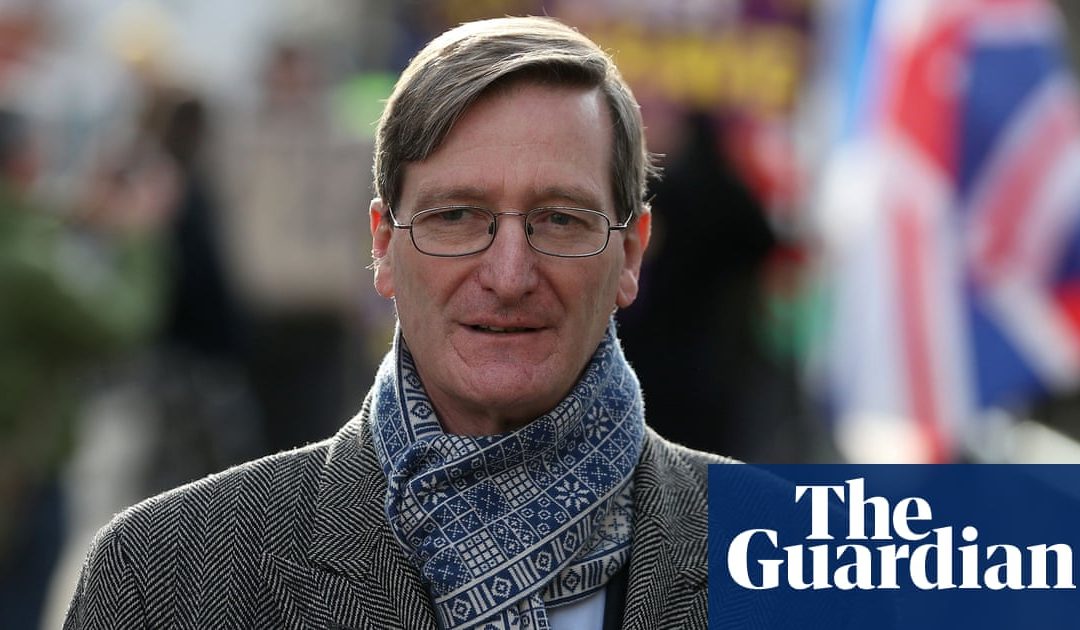 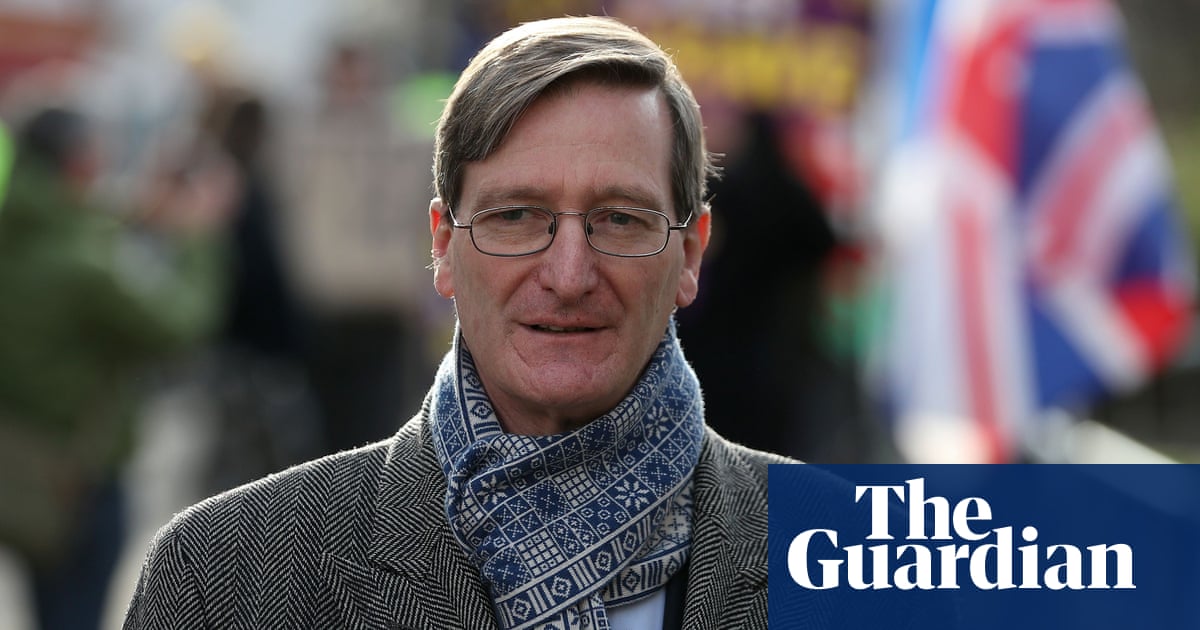 Concerns were raised about the infiltration of Dominic Grieves local Conservative association by 200 new members in the months leading up to his attempted ousting, leaked party emails reveal.

The Guardian has learned that a Ukip supporter was among the flurry of suspicious newcomers who tried to join the association in the year before the former attorney general who has been a standard-bearer for the remain camp in the Brexit debate lost a confidence vote, leaving him facing deselection.

In a single small town in the constituency, seven people, including a man who had been canvassed as a Ukip voter, tried to join the party in the space of 48 hours, leading to infiltration concerns. One email noted it could not be a fluke.

Grieve accused Jon Conway, a former Ukip candidate who stood against him in the general election before joining the Tories, of orchestrating an insurgency plot to unseat him.

Conway, an ex-Vote Leave regional organiser, denied he was behind any campaign against Grieve, but another leaked email seen by the Guardian reveals he boasted of forming a 100-strong breakaway group of members to bring down Grieve.

Grieve, who has been at the forefront of efforts to ensure parliament has influence over Brexit, lost the confidence vote by 182 to 131 during last Fridays association AGM, at which he was heckled by the crowd. The decision prompted the resignation of the groups deputy chairman.

Grieve was one of several Tory MPs targeted for deselection by Leave.EU, the organisation founded by the Ukip donor Arron Banks, which accuses them of obstructing the will of the people.

The Guardian can disclose that 200 new members joined Grieves Beaconsfield constituency Conservative association (BCCA) in the year leading up to the voteNon-Tory voters were among several applicants who were red-flagged and rejected.

An email circulated among senior officials within the association last July, headlined suspicious new members, warned of organised infiltration of the group.

About 20 people have joined BCCA online via the CCHQ website in the last week. Cross-referencing them with our canvass returns I can see that some of them have been canvassed as anti [indicating they were not Conservative voters] at recent elections, the email read.

I reckon this is organised infiltration and seek your permission to reject those applications where our canvass returns indicate they are supporters of another party. Some we must let through as there is no evidence to the contrary.

Another email sent to officials in the same month highlighted how seven people from Marlow, which has a population of 14,000, according to the most recent census, attempted to join in the space of 48 hours. I cannot believe that is a fluke, the author wrote.

One of the individuals was rejected as they had previously been canvassed as Ukip by the party, the email detailed.

In addition to the seven, two other applicants were also turned down as they had been canvassed as non-Tory voters.

Grieve said: Any entryism into the Conservative party by individuals who do not share our values is a threat to our ability to maintain a broad church, debate and try to resolve difference with courtesy and win elections.

Manipulative and abusive behaviour damages our reputation and threatens our future. The numerous members of my association have every right to question me and disagree with my actions or to express support for me if they wish. None of us should allow this to be disrupted or hijacked by external actors.

Matthew Bezzant, a local councillor who served as deputy chair of the BCCA in charge of membership and finance before resigning after last Fridays vote, said: Over 200 new members joined BCCA over the last few months, which coincided with the Leave.EU campaign encouraging their activists to join the party in order to deselect Dominic Grieve.

I am sure that sense will prevail and the association will not take steps to deselect Dominic Grieve, who has served the constituency and his country so competently over the last 22 years.

Asked on Saturday during a Sky News interview whether he was behind the campaign against Grieve, Conway said: No. Im one person out of 183 people who voted no confidence in Dominic last night.

However, in an email sent last month ahead of the confidence vote, Conway tells supporters: I have helped focus a campaign group that may well be able to bring down the local MP on Friday 29 March, ironically Brexit Day, at the local party AGM, with a vote of confidence in our MP.

Conway, who received just 1,609 votes compared with Grieves 36,559 when he stood against him in 2017, said in the email that he had left Ukip and rejoined the Tories a year earlier to fight City Hall from within.

Asked about his apparently conflicting comments, Conway told the Guardian he was the groups media spokesman and did not start the ball rolling.

He said he was the only one of 12 local Ukip activists who joined BCCA but said he was aware of two Ukip voters who also signed up as members.

Conway, who runs an entertainment production firm and has produced more than 400 pantomimes, denied having encouraged any of the 200 new members to join the BCCA. He initially said that just three of the 100-strong breakaway group he boasted of helping to form were members who had joined in the last 12 months, before adding: To be honest, I wouldnt even say that many. Frankly, I only know of one.

He said Leave.EU had nothing to do with the group. Conway later issued a statement which read: I have voted Conservative for all but two of my 42 years of voting. Many Conservative members have resigned in protest at the way the party moved recently. Others decided to join or rejoin to register their views. I assume, like me, they were vetted and approved by the party and all want to vote Conservative and stop Corbyn.

I acted as media coordinator for those who wanted to vote against Dominic Grieve, because of my professional experience, and being known as South Bucks Vote Leave coordinator, which was non-party political. It was a natural coming together of like-minded people.

Jackson Ng, who took over as BCCA chairman last Friday, said: I am not aware of any large-scale infiltration into Beaconsfield Conservatives. We welcome any individuals who share and respect the broad church that is the Conservative party and the values that we stand for.

Evidently, our association vets all new applicant members thoroughly. We have a robust system which cross-references with our canvass returns and picks up applicant members previous political support and, where supported by evidence, we have and will continue to reject applications by those who might damage our reputation and threaten our future.

A Conservative Party spokeswoman said:The Conservative Party welcomes new members from a wide variety of backgrounds provided they share our aims and values. Local Associations have a process to approve, or reject, members who apply to join, and we support them in that work to ensure that they take action if needed.

The Conservative party chairman, Brandon Lewis, has said the confidence vote against Grieve has no formal standing under party rules.