Exclusive: What to Expect From Sony’s Next-Gen PlayStation 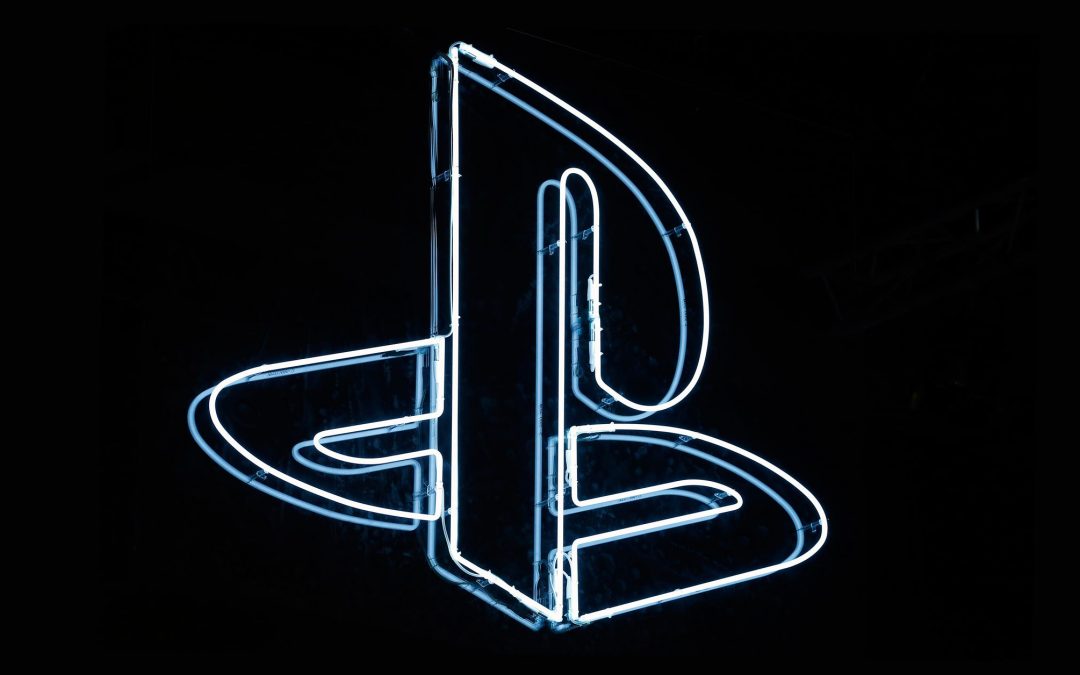 Mark Cerny would like to get one thing out of the way right now: The videogame console that Sony has spent the past four years building is no mere upgrade.

You’d have good reason for thinking otherwise. Sony and Microsoft both extended the current console generation via a mid-cycle refresh, with the Xbox One and PlayStation 4 spawning mini-sequels (the Xbox One X and PS4 Pro). “The key question,” Cerny says, “is whether the console adds another layer to the sorts of experiences you already have access to, or if it allows for fundamental changes in what a game can be.”

The answer, in this case, is the latter. It’s why we’re sitting here, secreted away in a conference room at Sony’s headquarters in Foster City, California, where Cerny is finally detailing the inner workings of the as-yet-unnamed console that will replace the PS4.

If history is any guide, it will eventually be dubbed the PlayStation 5. For now, Cerny responds to that question—and many others—with an enigmatic smile. The “next-gen console,“ as he refers to it repeatedly, won’t be landing in stores anytime in 2019. A number of studios have been working with it, though, and Sony recently accelerated its deployment of devkits so that game creators will have the time they need to adjust to its capabilities.

As he did with the PS4, Cerny acted as lead system architect for the coming system, integrating developers’ wishes and his own gaming hopes into something that’s much more revolution than evolution. For the more than 90 million people who own PS4s, that's good news indeed. Sony’s got a brand-new box.

PlayStation’s next-generation console ticks all those boxes, starting with an AMD chip at the heart of the device. (Warning: some alphabet soup follows.) The CPU is based on the third generation of AMD’s Ryzen line and contains eight cores of the company’s new 7nm Zen 2 microarchitecture. The GPU, a custom variant of Radeon’s Navi family, will support ray tracing, a technique that models the travel of light to simulate complex interactions in 3D environments. While ray tracing is a staple of Hollywood visual effects and is beginning to worm its way into high-end processors and Nvidia's recently announced RTX line, no game console has been able to manage it. Yet.

With Stadia, Google's Gaming Dreams Head For the Cloud

Ray tracing’s immediate benefits are largely visual. Because it mimics the way light bounces from object to object in a scene, reflective surfaces and refractions through glass or liquid can be rendered much more accurately, even in real time, leading to heightened realism. According to Cerny, the applications go beyond graphic implications. “If you wanted to run tests to see if the player can hear certain audio sources or if the enemies can hear the players’ footsteps, ray tracing is useful for that,” he says. “It's all the same thing as taking a ray through the environment.”

The AMD chip also includes a custom unit for 3D audio that Cerny thinks will redefine what sound can do in a videogame. “As a gamer,” he says, “it's been a little bit of a frustration that audio did not change too much between PlayStation 3 and PlayStation 4. With the next console the dream is to show how dramatically different the audio experience can be when we apply significant amounts of hardware horsepower to it.”

The result, Cerny says, will make you feel more immersed in the game as sounds come at you from above, from behind, and from the side. While the effect will require no external hardware—it will work through TV speakers and virtual surround sound—he allows that the “gold standard” will be headphone audio.

One of the words Cerny uses to describe the audio may be a familiar to those who follow virtual reality: presence, that feeling of existing inside a simulated environment. When he mentions it, I ask him about PlayStation VR, the peripheral system that has sold more than 4 million units since its 2016 release. Specifically, I ask if there will be a next-gen PSVR to go alongside this next console. “I won't go into the details of our VR strategy today,” he says, “beyond saying that VR is very important to us and that the current PSVR headset is compatible with the new console.”

So. New CPU, new GPU, the ability to deliver unprecedented visual and audio effects in a game (and maybe a PSVR sequel at some point). That’s all great, but there’s something else that excites Cerny even more. Something that he calls “a true game changer,” something that more than anything else is “the key to the next generation.” It’s a hard drive.

The larger a game gets—last year’s Red Dead Redemption 2 clocked in at a horse-choking 99 gigabytes for the PS4—the longer it takes to do just about everything. Loading screens can last minutes while the game pulls what it needs to from the hard drive. Same goes for “fast travel,” when characters transport between far-flung points within a game world. Even opening a door can take over a minute, depending on what’s on the other side and how much more data the game needs to load. Starting in the fall of 2015, when Cerny first began talking to developers about what they’d want from the next generation, he heard it time and time again: I know it’s impossible, but can we have an SSD?

Solid-state drives have been available in budget laptops for more than a decade, and the Xbox One and PS4 both offer external SSDs that claim to improve load times. But not all SSDs are created alike. As Cerny points out, “I have an SSD in my laptop, and when I want to change from Excel to Word I can wait 15 seconds.” What’s built into Sony’s next-gen console is something a little more specialized.

To demonstrate, Cerny fires up a PS4 Pro playing Spider-Man, a 2018 PS4 exclusive that he worked on alongside Insomniac Games. (He’s not just an systems architect; Cerny created arcade classic Marble Madness when he was all of 19 and was heavily involved with PlayStation and PS2 franchises like Crash Bandicoot, Spyro the Dragon, and Ratchet and Clank.) On the TV, Spidey stands in a small plaza. Cerny presses a button on the controller, initiating a fast-travel interstitial screen. When Spidey reappears in a totally different spot in Manhattan, 15 seconds have elapsed. Then Cerny does the same thing on a next-gen devkit connected to a different TV. (The devkit, an early “low-speed” version, is concealed in a big silver tower, with no visible componentry.) What took 15 seconds now takes less than one: 0.8 seconds, to be exact.

That’s just one consequence of an SSD. There’s also the speed with which a world can be rendered, and thus the speed with which a character can move through that world. Cerny runs a similar two-console demonstration, this time with the camera moving up one of Midtown’s avenues. On the original PS4, the camera moves at about the speed Spidey hits while web-slinging. “No matter how powered up you get as Spider-Man, you can never go any faster than this,” Cerny says, “because that's simply how fast we can get the data off the hard drive.” On the next-gen console, the camera speeds uptown like it’s mounted to a fighter jet. Periodically, Cerny pauses the action to prove that the surrounding environment remains perfectly crisp. (While the next-gen console will support 8K graphics, TVs that deliver it are few and far between, so we’re using a 4K TV.)

What else developers will be able to do is a question Cerny can’t answer yet, because those developers are still figuring it all out—but he sees the SSD as unlocking an entirely new age, one that upends the very tropes that have become the bedrock of gaming. “We're very used to flying logos at the start of the game and graphic-heavy selection screens," he says, "even things like multiplayer lobbies and intentionally detailed loadout processes, because you don't want players just to be waiting."

At the moment, Sony won’t cop to exact details about the SSD—who makes it, whether it utilizes the new PCIe 4.0 standard—but Cerny claims that it has a raw bandwidth higher than any SSD available for PCs. That’s not all. “The raw read speed is important,“ Cerny says, “but so are the details of the I/O [input-output] mechanisms and the software stack that we put on top of them. I got a PlayStation 4 Pro and then I put in a SSD that cost as much as the PlayStation 4 Pro—it might be one-third faster." As opposed to 19 times faster for the next-gen console, judging from the fast-travel demo.

As you’ve noticed, this is all hardware talk. Cerny isn’t ready to chat about services or other features, let alone games and price, and neither is anyone at Sony. Nor will you hear much about the console at E3 in June—for the first time, Sony won’t be holding a keynote at the annual games show. But a few more things come out during the course of our conversation. For example, the next-gen console will still accept physical media; it won’t be a download-only machine. Because it’s based in part on the PS4’s architecture, it will also be backward-compatible with games for that console. As in many other generational transitions, this will be a gentle one, with numerous new games being released for both PS4 and the next-gen console. (Where exactly Hideo Kojima’s forthcoming title Death Stranding fits in that process is still unconfirmed. When asked, a spokesperson in the room repeated that the game would be released for PS4, but Cerny’s smile and pregnant pause invites speculation that it will in fact be a two-platform release.)

What gaming will look like in a year or two, let alone 10, is a matter of some debate. Battle-royale games have reshaped multiplayer experiences; augmented reality marries the fantastic and real in unprecedented ways. Google is leading a charge away from traditional consoles by launching a cloud-gaming service, Stadia, later this year. Microsoft’s next version of the Xbox will presumably integrate cloud gaming as well to allow people to play Xbox games on multiple devices. Sony’s plans in this regard are still unclear—it’s one of the many things Cerny is keeping mum on, saying only that “we are cloud-gaming pioneers, and our vision should become clear as we head toward launch”—but it’s hard to think there won’t be more news coming on that front.

For now, there’s the living room. It’s where the PlayStation has sat through four generations—and will continue to sit at least one generation more.