I co-founded the BDS movement. Why was I denied entry to the US? | Omar Barghouti 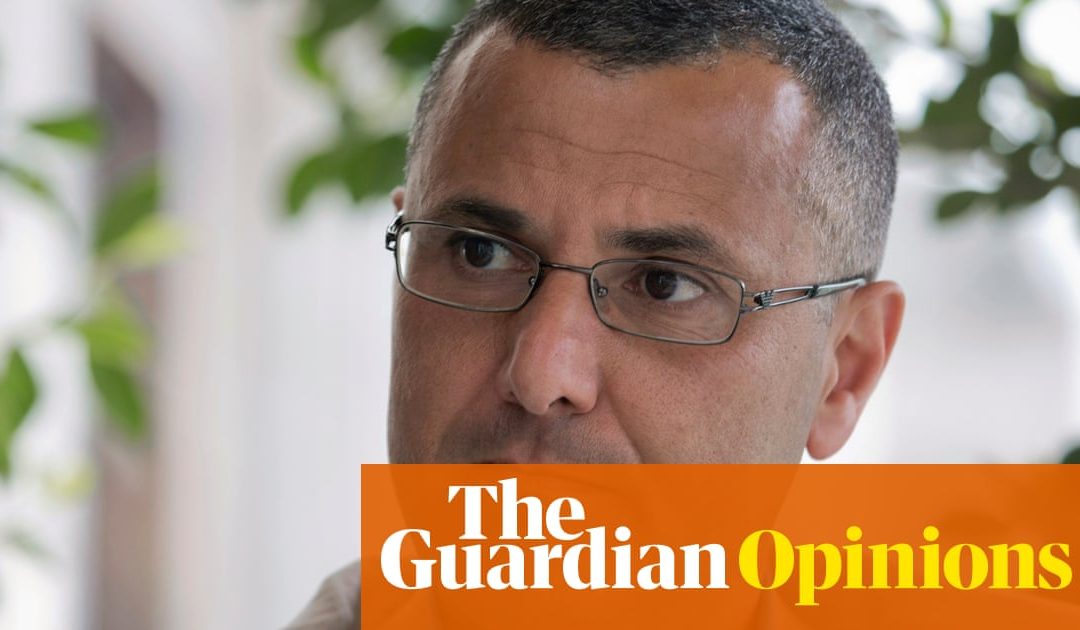 With this denial of entry, Israel appears to have once again enlisted the Trump administration to do its bidding 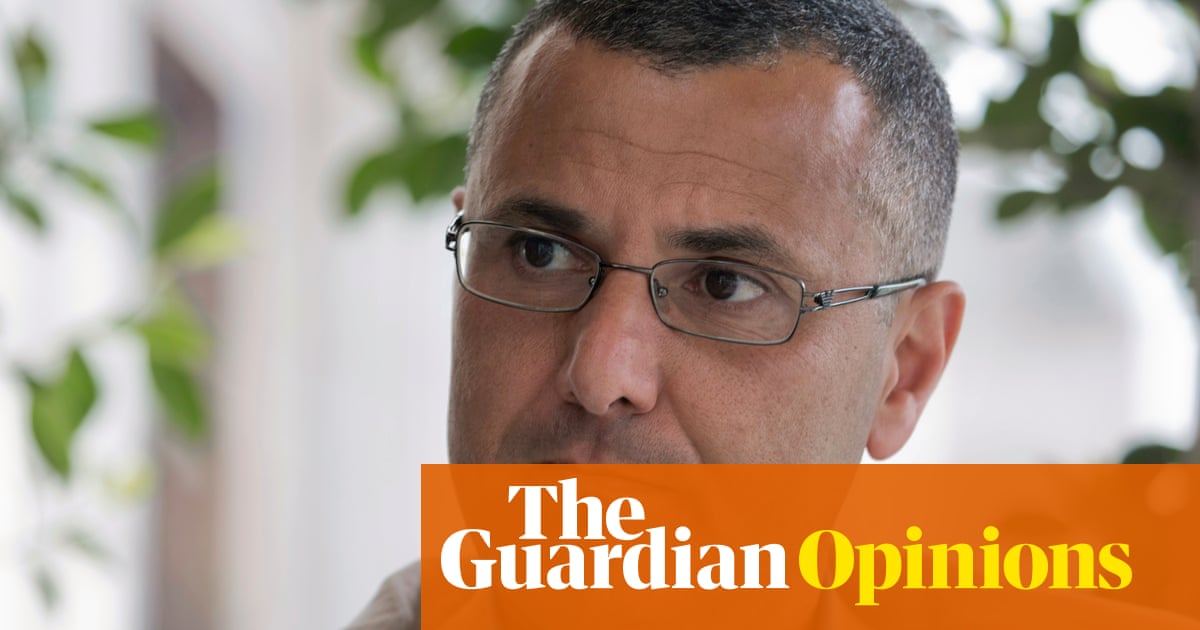 Last Wednesday, as I was preparing to depart for the United States for a series of speaking engagements, I was abruptly stopped and prevented from boarding my flight at Ben Gurion airport. The US consulate informed the airline staff that US immigration has banned me from entering the country, despite having a valid visa, without providing a reason.

Given my regular, unhindered travel to the US for years, this ban seems to be an ideologically and politically motivated measure that fits in with Israels escalating repression against human rights defenders. Israels far-right regime is not merely continuing its decades-old system of military occupation, apartheid and ethnic cleansing against Palestinians, it is increasingly outsourcing its anti-democratic tactics to the US.

As a co-founder of the nonviolent Boycott, Divestment and Sanctions (BDS) movement for Palestinian rights, I have been smeared by the Israeli government and banned from travel repeatedly, including in 2018 when I was prevented from going to Jordan to accompany my late mother during cancer surgery. Israels intelligence minister threatened me with targeted civil elimination, drawing condemnation from Amnesty International. Their de facto and arbitrary travel ban against me was recently lifted for three months after Amnesty Internationals pressure.

On this US trip, I was scheduled to meet with policymakers and journalists and to address the critical need for cutting US complicity in Israels grave violations of Palestinian rights before audiences at New York University, Harvard, a black community bookstore in Philadelphia and the Tzedek Chicago synagogue. Afterwards, I was going to attend my daughters wedding in Houston.

I have decided not to miss any of my speaking engagements, joining via video in the middle of my nights, but I cannot possibly compensate the personal loss of missing my daughters wedding. I am hurt, but I am far from deterred.

Since Trump took office, he has repeatedly signaled his deep bias in favor of Israel. His Middle East team, Jared Kushner, Jason Greenblatt and David Friedman, with their fervent support for Israels illegal settlements and other crimes, must be the most dishonest broker in the history of US peacemaking. He has recognized Israeli sovereignty over Jerusalem and the Syrian Golan Heights in violation of international law and more than seven decades of official US policy.

Meanwhile, members of Congress and politicians in 27 states have passed laws intended to suppress the voices of Americans who support BDS. The ACLU has condemned these repressive measures as an unconstitutional violation of free speech that is reminiscent of McCarthy-era loyalty oaths.

All of this has emboldened Israels hardline rightwing government to accelerate its racist, oppressive policies towards the Palestinian people. Over the last year, Israeli soldiers have massacred hundreds and injured thousands of unarmed Palestinian protesters demanding refugee rights and freedom from the open-air prison that Israel has turned Gaza into.

Last summer, Israels parliament passed the so-called Jewish nation-state law, which constitutionally enshrines an apartheid reality that has existed for many years. And Israels government has buried the so-called two-state solution by continuing its relentless theft of Palestinian land for illegal settlements, while at the same time increasing pressure on human rights defenders, particularly BDS advocates.

During the recent election campaign, Netanyahu promised to begin annexing the West Bank and repeatedly incited against Palestinian citizens of Israel, declaring, Israel is not a state of all its citizens Israel is the nation state of the Jewish people and only it. He will now likely form a government even more extreme and intransigent than the last, which was the most racist in Israels history.

Some Palestinians are now helplessly anticipating a far-right Israeli tsunami that will wipe out whatever rights we have left, but many are intensifying popular resistance, including BDS, calling for impactful solidarity and ending international complicity.

Inspired by the South African anti-apartheid and the US civil rights movements, BDS calls for cultural, economic and political pressure on Israel to end its military rule over Palestinian and Syrian territories occupied since 1967, grant equal rights to Palestinian citizens of Israel, and recognize the UN-stipulated right of Palestinian refugees to return to their homes of origin, a universal right that applies to all refugees. It is supported by the overwhelming majority of Palestinian society.

Americans have a long and honorable history of using boycotts for social, political and economic justice causes against the Montgomery Bus company, California grape growers, the states of North Carolina and Arizona over anti-LGBT and anti-immigrant laws, respectively, and now against Trumps racist agenda. Similarly, Palestinians seek to use peaceful economic leverage to achieve our liberation.

With its inclusive, anti-racist principles, BDS rejects all forms of bigotry, and appeals to progressives everywhere. Its tactics have been adopted by a number of US mainline churches, student governments in tens of universities, academic associations and racial and social justice groups, who wish to avoid being complicit in the suffering of Palestinians.

This trend is now being amplified by Congresswomen Rashida Tlaib and Ilhan Omars courageous endorsement of BDS and the much wider defense, including by the ACLU and Senators Bernie Sanders and Dianne Feinstein, of the right to boycott Israel to end its human rights violations, as constitutionally protected free speech. All this deeply inspires Palestinians and gives us hope that we can prevail over oppression. Despite the alarming spread of white supremacy in the Trump era, struggles for racial, social, indigenous, economic and environmental justice are growing and connecting with each other.

As Israel shifts steadily to the far right, forging alliances with xenophobic, racist and patently antisemitic forces in the US, Europe,Brazil and elsewhere, and, simultaneously, as the impact of BDS rises, Israels popularity is declining worldwide. In this context, US defenders of Israels human rights violations have desperately invested massive political and financial resources in the last few years to suppress speech on Palestinian rights. Through intimidation, spying and weaponizing claims of antisemitism, they are trying to keep Israel on a pedestal, as Archbishop Desmond Tutu once said, above accountability and beyond censure.

With this denial of entry, Israel appears to have once again enlisted the Trump administration to do its bidding, this time to repress Palestinian, Israeli and international human rights defenders. They wish to deny lawmakers, journalists and ordinary Americans their right to listen first-hand to a Palestinian human rights advocate calling for ending US complicity in Israels crimes against our people.

Yet, with the evolving intersectional links connecting the Palestinian struggle with the struggles of communities of color, indigenous Americans, women activists, Jewish millennials, trade unionists, academics, artists, students, LGBTQI groups, anti-war movements and others, we shall prevail. Despite the efforts of Israels governments and its supporters in the Trump administration, we shall intensify our common fight against oppression and racism in all its forms through our struggle for freedom, justice, and equality.