Why have the papers become such crybabies about the royal baby? 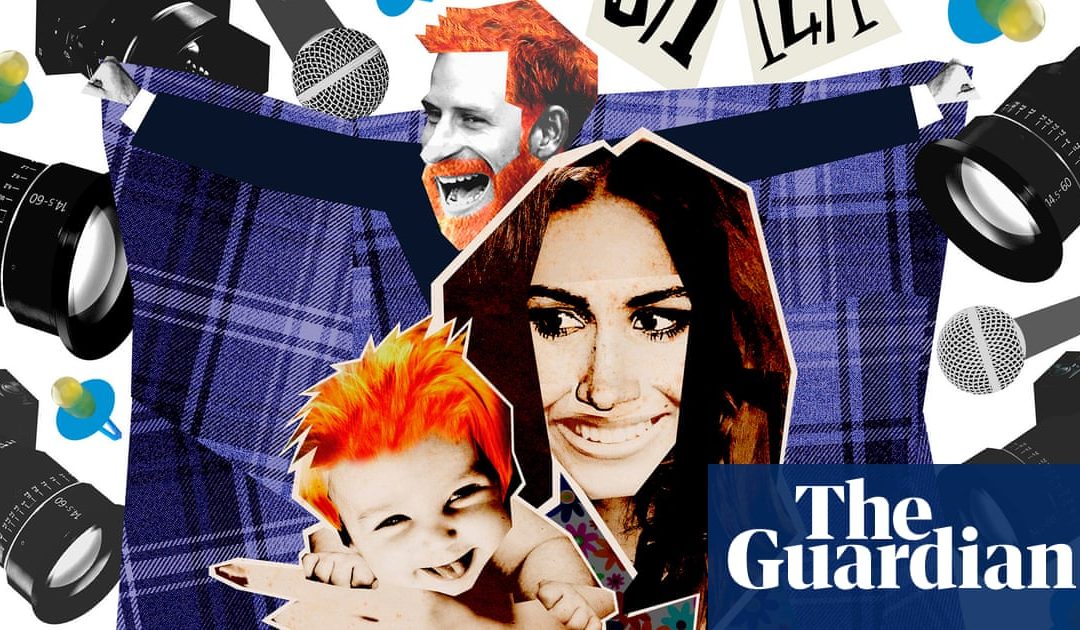 The Duke and Duchess of Sussex plan to keep the birth of their child private. Cue all manner of pant-wetting from Her Majestys Press 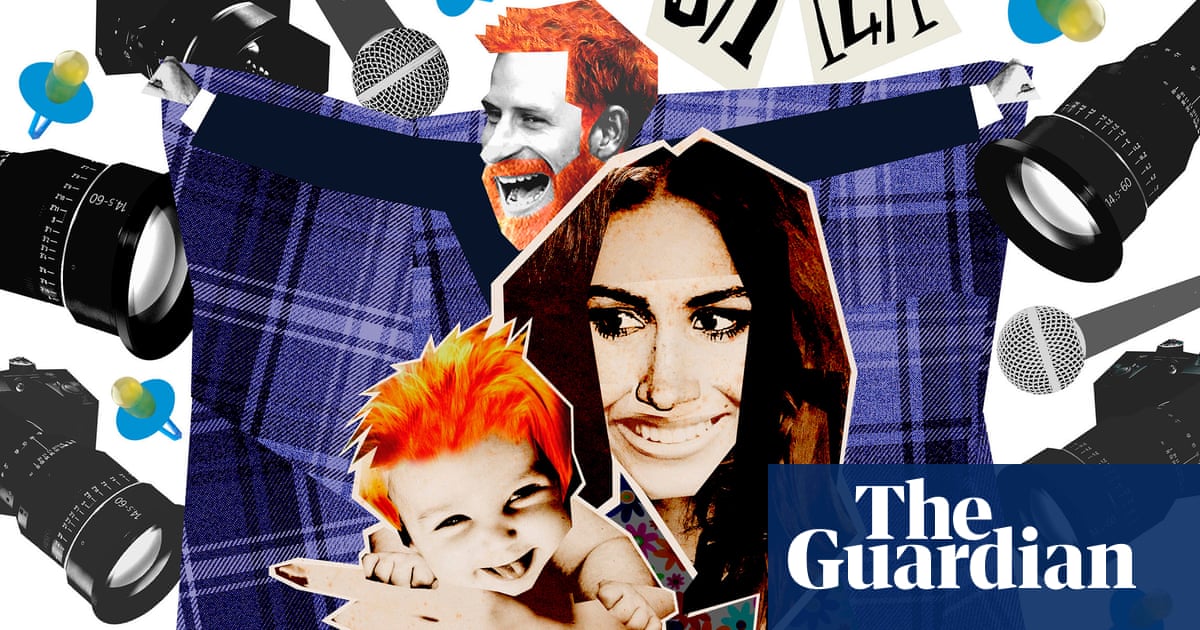 Actually, forgive me for interrupting myself again, but can it even be said to be a tradition at all if only about five royal couples have ever done it? If tradition is a numbers game, stretching back some significant distance into the rich and storied past, the hospital-steps photocall is infinitely less established than deeper royal traditions, such as attempting to acquire France or killing ones relatives.

Even within the narrow limits of royal baby tradition, it is surely more traditional for those connected with the crown to opt for what is known, rather bathetically in the circumstances, as a home birth. Our Queen herself was the result of a home birth, with her mother having perused the menu of options for what she wanted back in 1926. The then Duchess of York ended up rejecting the birthing pool, the candles and the soothing playlist in favour of having the home secretary present. Sir William Joynson-Hicks had torn himself away from a dispute with coalminers, which doesnt sound particularly Instagrammable, but Im sure hed have made it work. #winning #sorrynotsorry. (My own birthplans differed only slightly from the Queen Mothers, reading simply: I want a pre-emptive epidural at 39 weeks, and do not require Theresa May to be on site, unless she has access to even stronger drugs. Possible could someone ask?)

Anyway, back to the present day, and it must be said that sections of the media are devastated by the news that Prince Harry and his wife Meghan will not conform with the tradition first set by three 1990s divorcees and Prince Edward. As you may know, the Duke and Duchess of Sussex are expecting the imminent birth of their first child, in just the atmosphere of malevolent irrationalism and fevered conspiracy we have come expect in our new dark ages. Straight-up racism abounds, while significant numbers of internet dullards appear to believe that Meghans pregnancy bump is fake.

Has Meghan Markle ALREADY had the baby? demanded former newspaper the Daily Express last week, while it would not be especially eyebrow-raising to read somewhere that Meghan has indeed already delivered the infant and the Night King has turned it into a white walker.

The bookmakers, meanwhile, claim to be offering markets on such things as who will be made godparents to the child. Harrys former nanny Tiggy Pettifer is slightly longer odds, honked some Coral spokesprick this week, but weve cut them down to 6/1, all the way from 14/1 about a month ago, and there are certainly plenty of people who can see it happening. Oh certainly! I couldnt get through the lines outside my local bookies this morning, but had I managed to, an employee with four pencils behind their ear would surely have confirmed a tidal wave of punters whacking their wads down on the counter and declaring: I want a monkey on Tiggy Pettifer (Tiggy Legge-Bourke as was). As with many of the markets on the forthcoming birth, this one is thought likely to attract the interest of far-east betting syndicates and Paul Scholes.

Meanwhile, the union jack-suited royal obsessives and self-styled town criers have been demanding information for their travel plans to the birth. These are the hardcore of about 20 superfans who you see at every royal wedding/birth/bladder surgery, and who most of the royal family probably fear will be the last thing they see before they die.

Given all this, then, perhaps it wasnt the most enormous shock that Harry and Meghan last week issued a statement announcing they planned to keep the birth of their baby private. It does, however, seem to have caught Her Majestys Press on the hop. Since then, all pant-wetting has broken loose, with the general tone of the reaction summarisable as WAAA WAAA WAAA. In fact, the biggest royal baby question is now officially: who is being the biggest baby about the royal baby?

Print journalists, broadcasters and pundits are noisily outraged that they will be denied what the Sun referred to solemnly as their royal rights. Yet another reminder that when YOU lurk for days outside a hospital and shout things at departing patients its breach of the peace or creepy and weird, but when Sky News does it, its journalism. It really is one rule for them, isnt it?

As a member of the mainstream media myself, of course, I advise you not to take the latter inquiry entirely seriously. But given that the dominant press narrative about Meghan is that she is entitled and likes things her own way, the hilarious press reaction to the Sussexs statement suggests it really does take one to know one.

There will be some grudging specifics about medical personnel in attendance, grudged Jan Moir in the Daily Mail, bouncing baby weight and the actual date of birth then the shutters will slam down. Destroy the shutters! Display the sheets! PRODUCE THE AFTERBIRTH!

Totally. Poor the British people, who have smoked even the fag ends of empire and are now licking WTO-tariff methadone off the pavement. That said, Moir has had the good grace to place her thoughts on the record. I think my favourite type of royal baby baby is the senior journalist who was so furious about the non-photocall that they could only speak to the New York Times about it on the condition of anonymity. This is the shattering of a tradition that goes back for decades, this individual chuntered. There is a price to be paid for that, and that price is mockery. Sure. But, babe, youre going to kick yourself when you find out who everyone is laughing at.

Still, what is not to marvel at in this depiction of the media as the 13th fairy, disinvited from the occasion and hellbent on revenge? That price to be paid strongly suggests that, at the age of 16, Briar Sussex is going to prick its finger on a spinning wheel or recreational-ketamine-use expos. At that moment, a great thorny thicket of indifference will grow up around the House of Windsor, and so it will stay, until dream co-star Cruz Beckham hacks his way through the branches and awakens the sleeping media opportunity therein.

And so to the Sun. Keeping the nation in the dark over details, even after the birth, is a bad look for the royal couple, the papers leader ran. The public has a right to know about the lives of those largely funded by their taxes. You can accept that, or be private citizens. Not both. When you play the Game of Thrones, you stagger out with a postpartum blow-dry or you die. There is no middle ground. Also: TAKE BACK CALAIS, MY LIEGE.

More hurt than angry is the papers longtime royal photographer Arthur Edwards, an adult human male of 78 who also speaks at length to the New York Times. Over to their account: Harry used to be the best of all of them, Mr Edwards said. Wed get together in a pub and wed talk about everything, get it off our plate. It would be frank and open, and you never reported it. Great job, newspaperman. Still, as long as you were proper friends. And on that note, we must go back to waiting. Please return to your bootee-knitting, while I nip to Coral and stick fifty on Godfather Arthur.