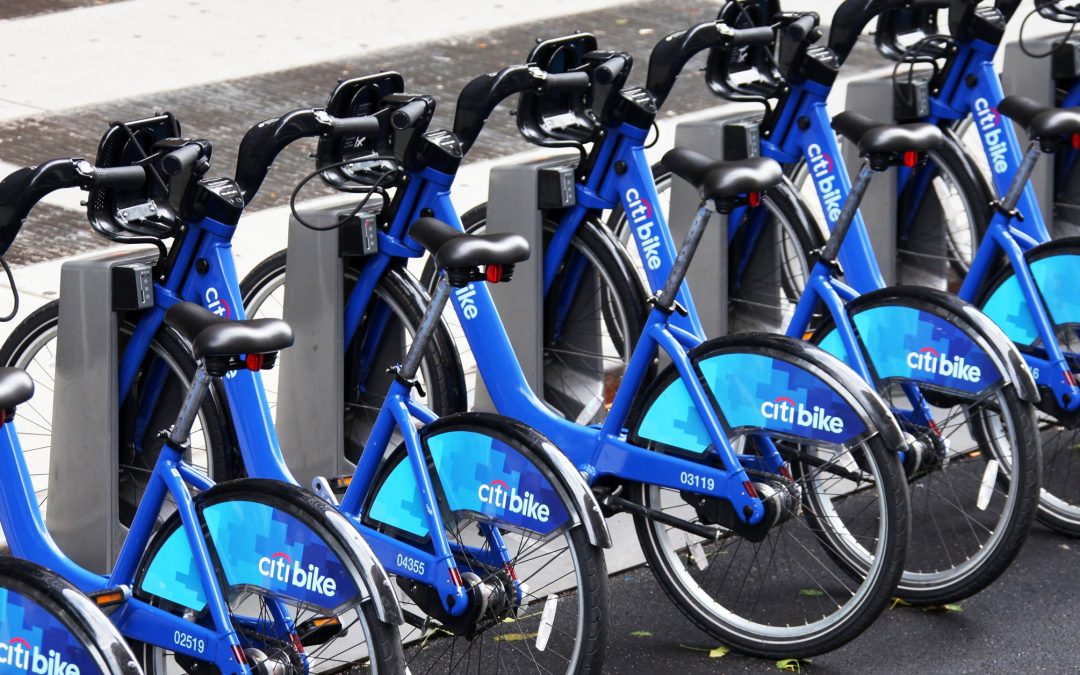 Lyft had high hopes for its shared electric bicycles. Less than two months ago, Lyft bike and scooter policy head Caroline Samponaro wrote that e-bikes were a “a truly transformational technology,” citing the cycles’ abilities to move riders longer distances with less effort (and less sweat). They might help cities beat traffic and fight pollution. They might help Lyft access a new sort of user, the kind of person who doesn’t have the money to take a ride-hail trip every day but might spare around $2 per ride. They might help Lyft become a one-stop-app for urban transportation—and beat rival Uber to the punch.

When Lyft acquired Motivate, the largest bike-share operator in North America, last year, Motivate had already introduced e-bikes in three of its biggest markets: New York (home to the Citi Bike system), Washington, DC (home to Capital Bike Share), and California’s Bay Area (home to Ford GoBike). Lyft intended to accelerate the e-bike rollout, even though the products are pricey to build, maintain, and keep charged. Just last week, the Chicago City Council approved an exclusive bike-share contract with Lyft, which included a promise to roll out 10,500 e-bikes by 2021.

So it was a real disappointment late Sunday when the ride-hail company announced it would remove all of its electric bicycles—at least for the time being—due to reports of injury. “After a small number of reports and out of an abundance of caution, we are proactively pausing our electric bikes from service,” Lyft spokesperson Julie Wood said in a statement. Safety always comes first.” Since Sunday, a number of riders have told reporters that unexpectedly responsive front brakes, made by the Japanese cycling component manufacturer Shimano, had thrown them off the electric bicycles. One rider said he had broken his hip.

Since then, Lyft has removed all 3,000 of its e-bikes from the three cities. They’re not a huge share of the company’s total bike system inventory—just 15 percent—and Lyft reports it was able to quickly fill gaps with its “classic” bicycles, or those that require more pedaling. The company says it’s also working on its own e-bike model, which will come out soon.

In a statement, a spokesperson for Shimano said its brake system had been on the market since 2015. “Based on the information we have, this is not a Shimano brake issue, as the specification requires the use of a power modulator for this brake. It appears this specification was not followed by manufacturers of some of the bicycles in question,” the spokesperson said.

The blip is bad news for the e-bike-share industry, and especially for riders, who seemed to love the bicycles. Data released by Motivate suggests e-bikes were extremely popular among bike-share users. Between August 2018 and February 2019, each pedal-assist bike in New York’s Citi Bike system saw 15 rides per day, compared with five for non-electric ones (though it’s important to note that just 8 percent of bikes in the system were pedal-assist.)

Riders took pedal-assist bicycles on longer trips, too: Across all markets, the average e-bike trip was 10 percent farther than the average trip on an ordinary bike, according to Lyft. Cities seem to see this as a real upside: “By making longer trips easier, e-bikes also help shift travel patterns from cars to bikes,” the Metropolitan Transportation Commission in the Bay Area wrote of e-bikes in December. Shifting trips from gas-burning cars to bicycles could help cities like San Francisco reduce traffic, and meet ambitious climate and emissions goals.

Other companies have had trouble with their e-bike rollouts. The company formerly known as LimeBike decided it would focus on e-scooters last year. Chinese firm Ofo promised a robust e-bike rollout last summer—then pulled out of the US and collapsed entirely. Late Monday, Uber-owned Jump, which also operates shared e-bikes and e-scooters, told the Washington Post it had experienced similar issues with brakes from the same manufacturer. “Late last year we introduced an updated model bike with a new brake system,” spokesperson Matthew Wing told WIRED in a statement. “Our older bikes have Shimano brakes but with a hardware modification to improve braking.” Wing could not immediately say whether Shimano was involved in the hardware modification, nor whether riders had been hurt because of the older brake configuration.

It’s unclear how the shared-bike and nascent shared-scooter business will fit into Lyft’s overall strategy. Documents filed with the Securities and Exchange Commission prior to the company’s IPO reported that “revenue from our network of shared bikes and scooters was not material for the year ended December 31, 2018,” and noted its bike and scooter network was “still in relatively early stages of growth.” The new business lines have, however, given the company, once known for flouting regulators, a new opportunity to interact with city officials, often on more friendly terms. So will an e-bike-forward strategy help Lyft hack profitability? Maybe it doesn’t matter.

Updated, 4-17-19, 3:30 pm: This article has been updated to include a statement from a spokesperson for Shimano.