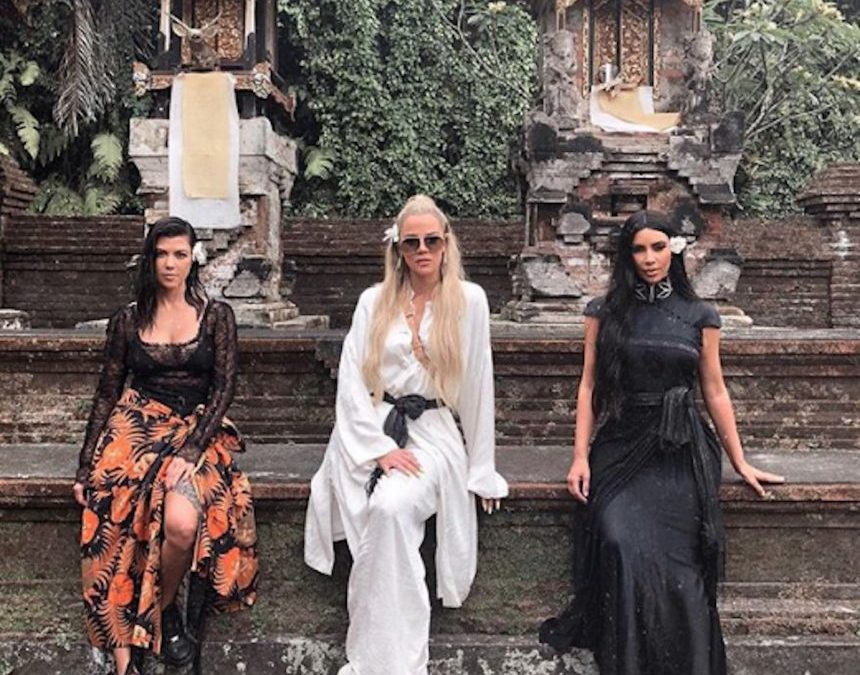 This is why Instagram is just the highlight reel!

When you’ve got such big personalities at play, there are bound to be issues! So it was no surprise that Khloé Kardashian and Kourtney Kardashian had their share of misunderstandings during the getaway.

While Kim Kardashian-West and Scott Disick awkwardly sat in silence, the oldest sister takes a gentle swing at KoKo for “complain[ing] a lot,” which wasn’t taken lightly.

This drama at the villa came after a scheduling conflict between the five sisters who were trying to plan their super-sexy Victoria’s Secret-inspired Halloween photoshoot, which Khlo didn’t want to participate in because it would mean Tristan Thompson couldn’t spend time with their daughter:

“Now he’s upset that he doesn’t get to see his daughter and he hasn’t seen True in three weeks. Tristan is on an NBA schedule, so he’s in and out of town only for a limited time — whatever the NBA schedule permits. So extending my trip another day in L.A. is kind of throwing a wrench into my travel plans. But this Halloween photo shoot is really important to my sisters, so I can’t cancel.”

Since the shoot ended up taking place with the five angels, we know how that battle ended!!

Watch the rest of the fight unfold (below):

During a later beachside stroll, the Good American founder apologizes to her big sis:

“I feel like we both get defensive. But I want to be able to communicate with you from a non-defensive place, where we could accept each other’s opinions. Maybe it’s not what we say, it’s how we say it.”

Katch up on everything else you missed last night on E!, including bonding time between grandma MJ, Kendall and Kylie Jenner (below):

At the end of the day, all is good between these sisters, but that doesn’t mean there won’t be a few bumps in the road!!