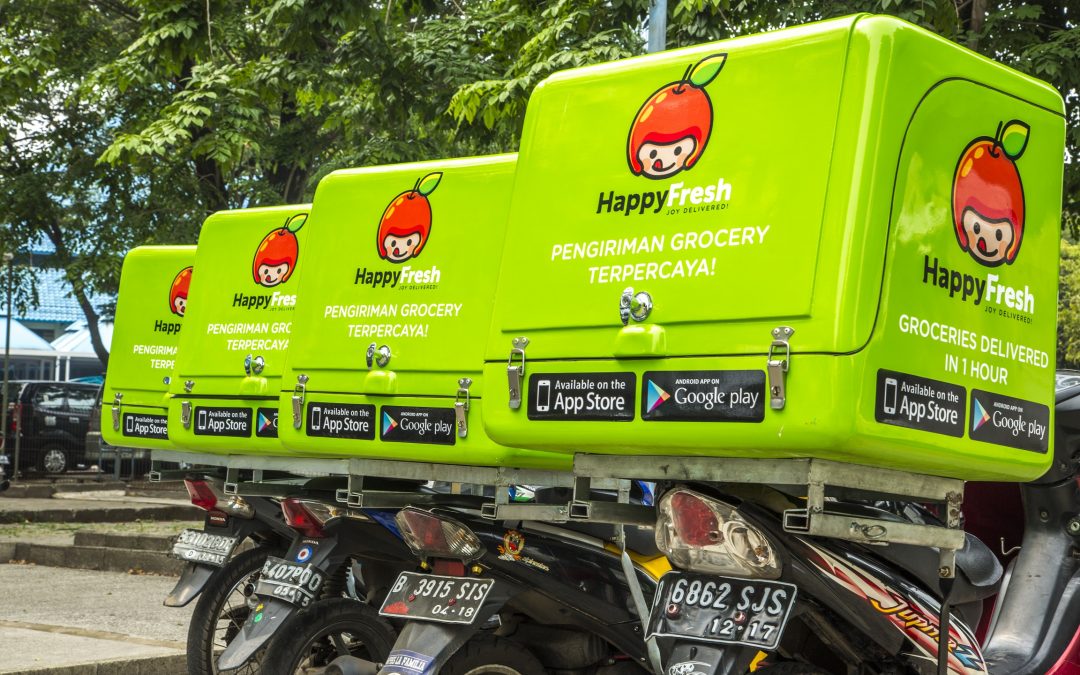 It’s been a tricky past few years for HappyFresh, the startup seeking to bring Instacart-like grocery deliveries to Southeast Asia. It has been through a series of rebuilding measures, but there’s light at the end of the tunnel after it announced a $20 million Series C.

Launched in 2015, HappyFresh quickly raised $12 million to expand its vision of digital deliveries across Southeast Asia. In late 2016, however, the tough economics of its business saw it pull out of two markets, as it raised an undisclosed Series B. It then started 2017 with a new CEO and an effort to become financially sustainable.

Today, the service is active in Indonesia, Thailand and Malaysia, where it works with supermarkets and other retailers to let customers order groceries online. Same-day delivery is provided by HappyFresh staff — the target is a one-hour window and the process is handled via its website and mobile apps.

HappyFresh has been pretty quiet of late but today it piped up to disclose its Series C, which is led by the Mirae Asset-Naver Asia Growth Fund — a joint fund between South Korean financial firm Mirae and Line parent Naver — with participation from Line Ventures, Singha Ventures from Thailand and Grab Ventures, the investment arm of ride-hailing giant Grab. Other investors include Samena Capital from the Middle East, Vertex Ventures, Sinar Mas Digital Ventures (SMDV), 500 Startups and BeeNext.

Grab’s investment came last year — after HappyFresh joined as its inaugural platform partner — and HappyFresh CEO Guillem Segarra said the company decided to “opportunistically put a round together” since it had interest from others.

“Our vision has always been to be in every single household in Southeast Asia and to democratize grocery delivery,” Segarra told TechCrunch in an interview. “I believe that over the next five years, the grocery industry will change more than the last 50 and that’s driven by data and e-commerce.”

Specifically, he said that the company plans to use the new capital to double down on technology, which includes increased personalization for customers when they are shopping, as well as more efficient logistics. Segarra also revealed there are plans to kick back into expansion mode, albeit in a different way to how HappyFresh launched new markets in the past.

“When we look at expansion, we’re going to be very careful and go to those cities where we feel there’s a long-term profitability path [while we are also] making sure that before we go there we understand the appetite for our service,” he explained.

“Now it’s a very market-driven approach [to expansion] rather than to just put a flag on the map… you’ll see small rollouts into markets that make sense, we’re not in a rush,” he added.

Indeed, Segarra claimed that the company is already profitable in the markets in which it operates. Aside from initial cost-cutting, Segarra explained that the new focus on sustainability has come from focusing not only on technology and the retailers that HappyFresh works with, but also front-end partners, like Grab, that help create demand for its service among consumers.

“We learned a lot [from the past retrenchment and] for the last two years we focused on our core markets. You have to have the right set of partners, that’s from supermarkets to the top funnel that brings you traffic. We believe we have the right set of partners at the top of the funnel [and we will] go to new markets when we have enough firepower for the long run,” he explained.

HappyFresh’s funding comes at a time of crisis for its nearest rival HonestBee. Tech in Asia reports that the startup has “temporarily suspended” its Philippines business and made layoffs in the country, as well as Indonesia and Thailand. In total, the startup is said to have laid off 50-70 of its estimated 1,000 employees while top executives have quit the company in recent months.

Unlike HappyFresh, HonestBee is active across eight countries and has expanded to takeout food. The company also has a physical store located in Singapore that’s inspired by the efforts of Alibaba and JD.com in China.

Note 23:00 04/21: The original version of this story has been updated to correct that HappyFresh is active in Malaysia not the Philippines.