‘Star Trek: Discovery’ just ended every stupid argument about its role in canon 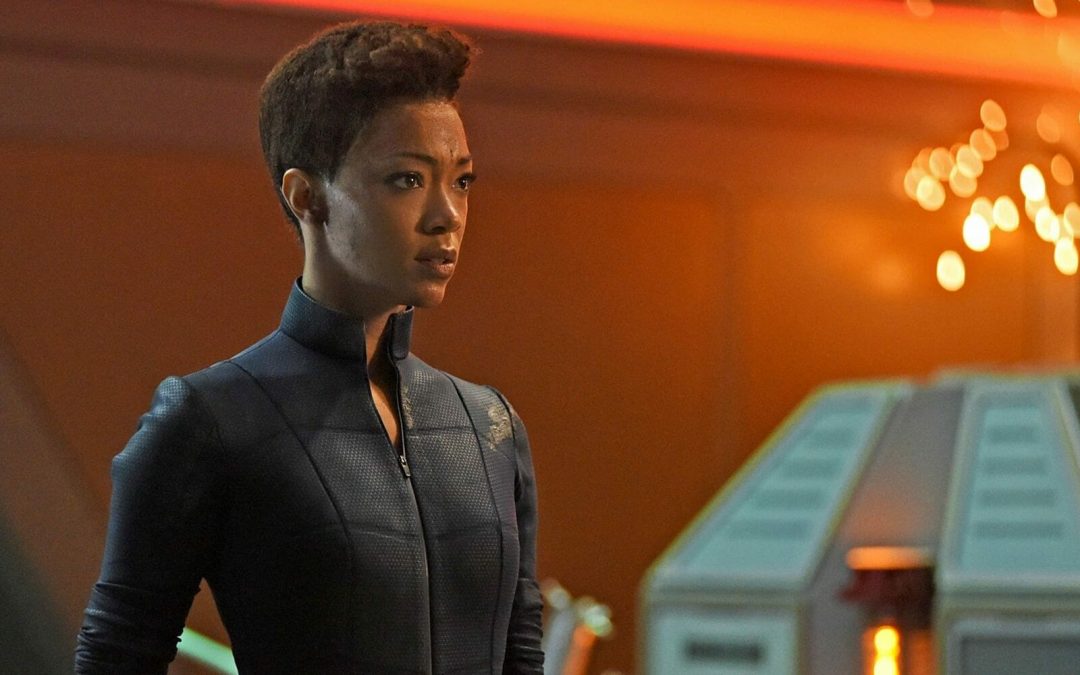 Discoveryjust obliterated two years of interminableStar Trek fandom arguments about the show’s official place in canon. Now, when people point out the discrepancy of Michael Burnham not being mentioned in the original series, I no longer have to groan, “IT DOESN’T MATTER.” The show just provided a full explanation for why Discovery’s crew and Spore Drive never come up in later shows: They traveled to the distant future and were promptly erased by a Starfleet cover-up. The only downside is that the finale was basically an hour-long action sequence with some flashback clips in the middle; not exactly my preferred flavor ofTrek.

The previous episode offered an ambitious setup for season 3, and it was highly satisfying to see the finale follow through. Instead of continuing its trajectory as a prequel with regular cameos from vintageTrek characters,Discovery jumped 950 years into the future. Burnham’s crew is now in truly uncharted territory, a popular move for fans who felt the show was hemmed in by Kirk-era callbacks. Of course, the road to this semi-reboot was characteristically convoluted. The plan was for Michael to use the Red Angel suit to bring Discovery to the future, thus escaping the proto-Borg supervillain Control. Except when crunch time arrived, the suit just… didn’t work. After a moment of panic as Control’s fleet attacked, Spock and Michael realized what they had to do: In order to go to the future, they must first return to the past.

While I enjoyed this season, I never really cared about the seven Red Signals that dominated the main plot. It’s fine when they’re just pointing the ship at classicStar Trek missions like visiting Saru’s planet, but their importance led to an unavoidably maguffin-heavy finale. We already knew that Michael set the signals using the time-travel suit, but the twist is that she sets themnow, not from some point in the distant future. The whole season was actually a time loop hinging on the final battle with Control, with Michael using the signals to retroactively recruit an Ocean’s Eleven team of allies. By directing Discovery to places like Kaminar in earlier episodes, the Red Angel reshaped a battle that Starfleet would otherwise have lost.

It’s a neat conceit, but it led to some awkward questions. For instance, the Kaminar episode was all about Saru and Pike wrestling over the Prime Directive… but it turns out that Michael forced their hand by leading Discovery there in the first place. Also, we’re meant to believe that Saru’s sister overthrew Kaminar’s technologically superior Ba’ul oppressors and learned to pilot a spaceship in a matter of (seemingly) weeks? OK. Similarly, the arrival of Chancellor L’Rell is more complicated than it seems at first glance. Ash Tyler recruited her Klingon battleship to intercept Control’s fleet, but there’s no mention of the Klingons’ belief that Tyler—aka Voq—is dead. By revealing that L’Rell faked Voq’s death, this gambit marks L’Rell out as a liar. Would her crew really just agree to this bizarre Starfleet alliance instead of challenging her command?

The Klingons’ involvement also complicates the final scenes of the finale. Once Discovery has gone to the future, Pike and his crew tell Starfleet that the ship was destroyed. Spock suggests that Discovery and its technology should be erased from the historical record, thus explaining why it doesn’t appear in laterStar Trek series. However, the Klingons (and for that matter the Kelpiens) made no such promise.This inconsistency is bound to drive some fans up the wall.

My main takeaway from “Such Sweet Sorrow, Part 2” is that I’d like to rewatch it on a bigger screen. While I preferStar Trekto emphasize dialogue over action, I can admit this episode featured some seriously cool space battle scenes. And those aren’t best suited to watching on a laptop. Some parts actually resembled a more fast-paced version of the psychedelicStar Trek: The Motion Pictureand the show always has fun with Michael dodging enemies in a space suit. There was a lot of emphasis on visual spectacle, but ultimately I’m more interested in what this episode means for the future.

With Spock shaving off his Angst Beard and rejoining Pike’s crew,Discovery officially bids farewell to nostalgia. (And with Ash Tyler staying behind, one has to wonder if he’ll appear in Michelle Yeoh’s Section 31 spinoff.)Discoverys new setting will transform it into a fundamentally different show, reminiscent ofThe Expanses game-changing season 3 finale.

UnlikeVoyager, there’s no apparent plan for Discovery’s crew to return home. They’re venturing forward into a future that may not even include Starfleet, and where civilization could be as radically different as the contrast between the Vikings and the present day. Star Trek: Discoverycan become truly exploratory in a way it wasn’t for the first two seasons, and—most importantly—it’s now completely free from the restrictions of past canon.