This Earth Day, consider how you get around 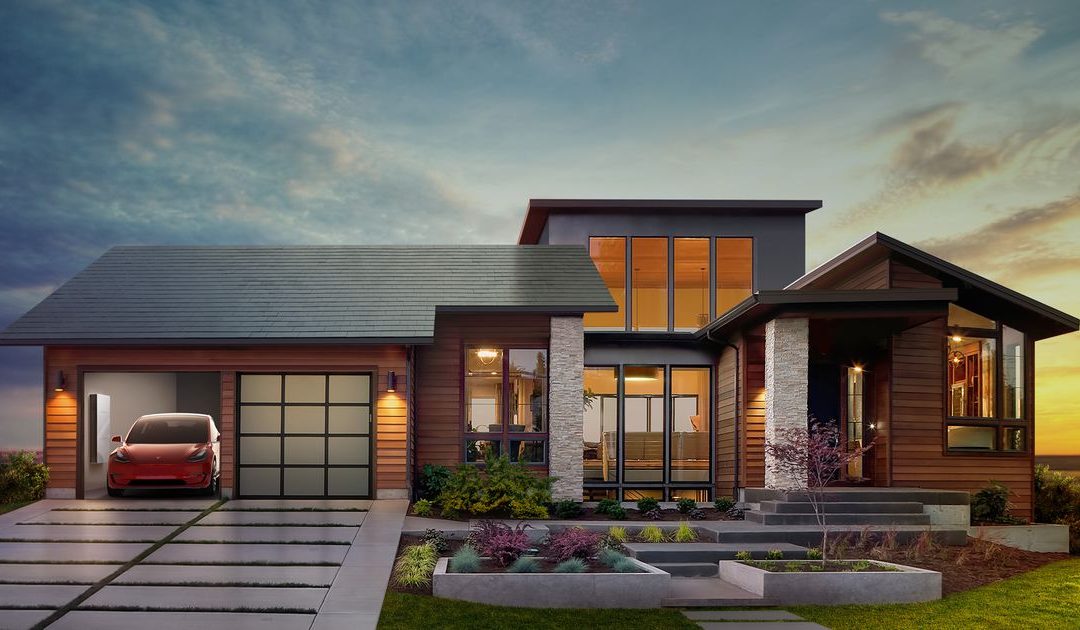 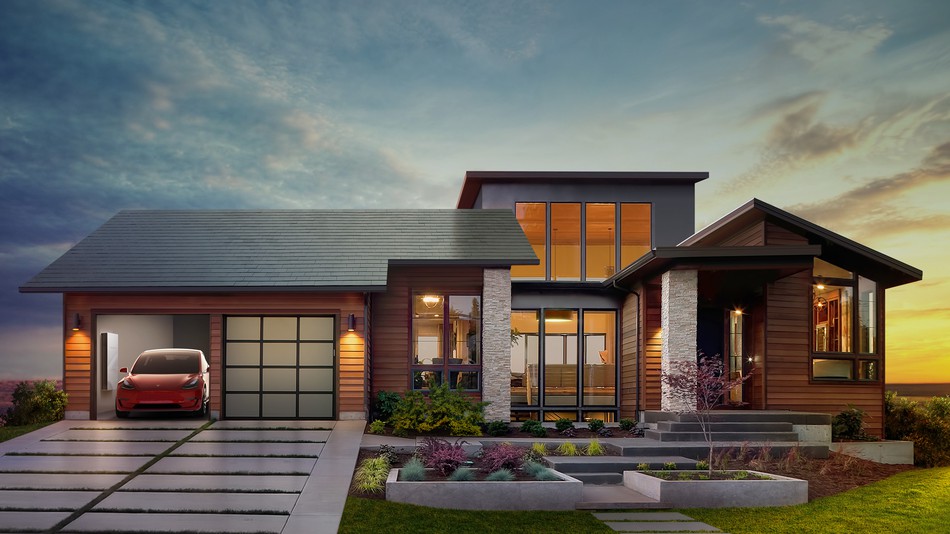 Last month, at an event to show off Tesla’s newest electric car, CEO Elon Musk proclaimed, “This is the year of the solar roof and Powerwall.”

It’s a sentiment that might seem out of a place at a car reveal party, but Tesla’s energy collection and storage systems are inextricably tied to its vehicles. The Powerwall is Tesla’s wall unit, which serves as a giant battery to supply electricity for a home or electric car; the solar roof is made up of small solar panel-tiles that turn sunlight into electricity and store that energy in the Powerwall.

Musk envisions an energy-conscious society generating its own power from the sun and then using it to charge electric vehicle batteries.

Powerwall battery production was slow last year due to car production priorities (all its electric cars require batteries to run, and those had to be made for a long list of orders), but now “cell-starved” Tesla is diving all-in on its energy products.

Tesla’s 2018 impact report, its first ever, showed how its products (and operations, like making the Model 3 sedan) affect the environment. It appears as if the company’s efforts are working. With more than 550,000 Tesla vehicles sold and up to 10 billion miles driven, 4 million tons of carbon dioxide have been kept out of the atmosphere, the company says. And if you look at how much solar electricity Tesla has generated — 13.25 terawatt hours, or TWh — it more than doubles the amount of energy the cars have used for charging: 5.26 TWh.

SEE ALSO: Elon Musk explains why you shouldn’t charge your Tesla battery to 100%

But you can do good things for the environment even if you don’t drive a Tesla. This Earth Day, we looked at our energy habits and considered the ways in which changing how we get around might help with pollution, climate change, and adverse environmental effects. Yes, taking an e-scooter (with a helmet secured on your head) instead of a car ride might actually make a difference.

Greg Holder and his wife pay the California utility PG&E $10 a month — and that’s it. He says it’s just a meter charge.

“I’m putting more into the grid than I’ve taken out,” Holder, 63, told me on a call from his Sonoma County home, just north of San Francisco.

The Holders bought a Tesla Model S in 2017. Charging the new electric vehicle, Greg started thinking about energy storage. It was adding $60 to the electric bill, which wasn’t much compared to gas fill-ups — but it started to make sense to generate their own power.

They started with Tesla’s recommendation of two Powerwall units and a solar roof; now he has a two-day power supply and enough energy to refill the electric vehicle back to full charge. During outages, which are fairly common in the windy area, “We don’t even know the power is out, except for the phone call notification,” he said. He said it’s almost funny when “the neighbors are looking at you with your lights on,” confused as ever.

Another convert to the self-generating power ecosystem is David, a San Jose engineer who asked to use just his first name. His family’s hybrid Chevy Volt was his first real taste of electric living. “We could go down (and back) to family in SoCal on one tank of gas,” he said. (In a gas car, that would have taken at least a tank each way.)

Two years ago, during a hot Silicon Valley summer, a transformer blew and their neighbors lost power for three days in the heat. Realizing how fragile the power system was, especially in an earthquake-prone region, “That’s when we got more serious about solar,” he said. Fifteen months ago he looked into a Powerwall and solar system for him and his wife. Once it went in, they would run off the solar panels until the sun went down. He recalled a week where they didn’t tap into the grid once. It didn’t just miraculously happen; he conscientiously charged his car at the office instead of home.

Six months ago, watching the solar tiles do their job and bring electricity to their Powerwall batteries, David decided to get the newest Tesla, a Model 3. “The fact it’s not spewing stuff into the air is important to us as we’re driving around,” he said. He charges the car at night.

“We’re effectively neutral in terms of our power at this point,” he noted. They only pull from the grid at off hours, and sell energy collected from the solar panels back to PG&E.

How to recharge without “dirty” energy sources

As we drive more electric vehicles — and ride more electric bicycles, scooters, and even motorcycles — keeping these vehicles charged, sustainably so, becomes more of an issue. Not everyone can set up a solar-based power system at their home, but don’t worry, there are solutions for that, too. ChargeWheel CEO and founder Huzaifa Muhammad, for instance, has a startup devoted to on-demand mobile charging for scooters and EVs.

In a phone call last month, Muhammad said the rise of electric mobility — rentable scooter fleets and all-electric cars, mostly — has highlighted our limited charging infrastructure and a dependency on diesel-generated electricity. This needs to change if electric is here to stay.

That’s where the mobile charging hubs with roof-mounted solar panels come in. The company is building up a network of 100 trailers. They can charge four electric cars at the same time and 100 e-scooters and bicycles at a time. “You can think of the trailer itself as an energy bank you can refill,” Muhammad said.

Roger Turner, a research fellow at the Science History Institute in Philadelphia, has a focus on 20th-century science and the history of air pollution. He knows well how technological advances in transportation have both helped and hindered cleaning up the air in the past 60-plus years.

In a recent phone call, he noted that electric vehicles can work well with sustainable energy sources like solar and wind, even if most of our electricity isn’t coming from those sources now. “EVs can quite significantly reduce the global pollution of carbon dioxide that’s contributing to climate change,” he said.

But there’s still the issue of extracting rare earth elements for batteries and motors to power vehicles. No matter, electric still is cleaner: “Fundamentally it’s a question of which pollutants we worry most about and which we can reduce and control in relatively affordable and manageable ways,” Turner said.

Just because there are drawbacks with electric doesn’t mean we should dismiss it entirely. Sure, we should all be carpooling and riding mass transit, but since that’s not happening on a large enough scale, we have to clean up our vehicles. Driving more electric vehicles is just the start to reducing pollution. We can always get better.

“EVs offer the possibility of personal transportation that produces a lot less CO2,” he said. Another point in EVs’ favor: they’re a pollution solution we can implement pretty rapidly, especially alongside the pace of climate change.

How to carpool — and even scoot — for a lower-impact ride

While electric technology is working to get cleaner, Via, a ride-share company similar to Lyft and Uber, is trying to get more people carpooling. On Earth Day users will only be able to order shared rides — no private rides will be available for the day. Via says that just one commuter deciding to carpool with other riders reduces that person’s carbon footprint as much as planting 17 trees. In New York, where Via has operated for the past five years, 22 million pounds of CO2 were saved in shared rides.

You can also ditch the car altogether. Mobility company Gotcha has e-scooters, bikes, and ride-shares. All travel modes will be free on Earth Day as a way to encourage sustainable travel methods. The company says one American making 15 percent of their trips on bikes and e-scooters instead of cars reduces greenhouse gas emissions by 33 million tons per year.

The National Association of City Transportation Officials — made up of 69 North American cities — tallied 38.5 million trips taken on scooter-shares throughout 2018. Many of those trips have replaced traditional car rides, as officials found happening in Portland, Oregon.

Every time you walk, cycle, carpool, take the bus, or, you may hate to admit it, scooter instead of driving gas-spewing cars, it’s helping create a more sustainable way to get around. Yes, it’s cheesy, but one trip at a time, we can change the world. 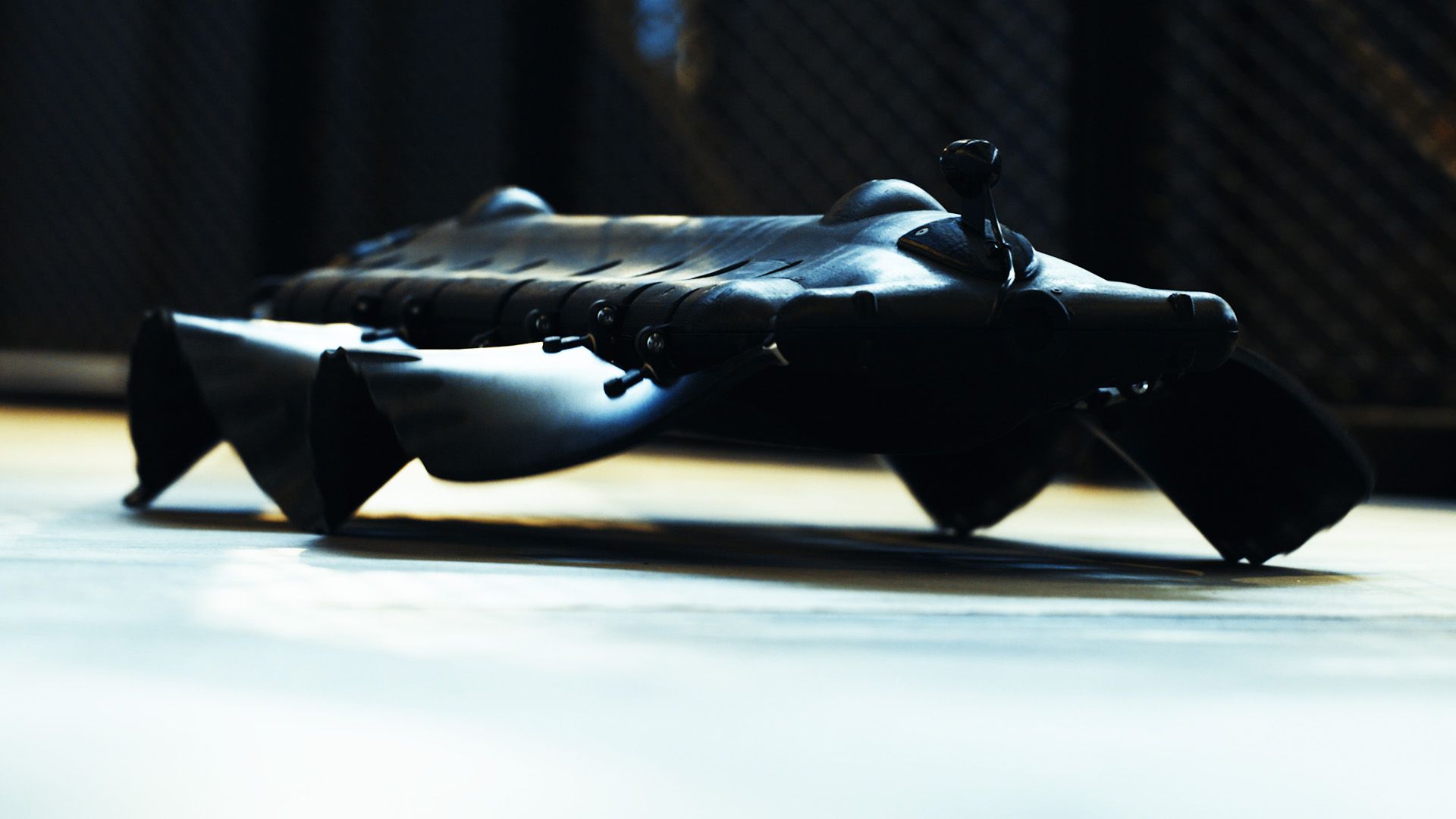