Elizabeth Warren’s Student Debt Proposal Could Have A Major Impact 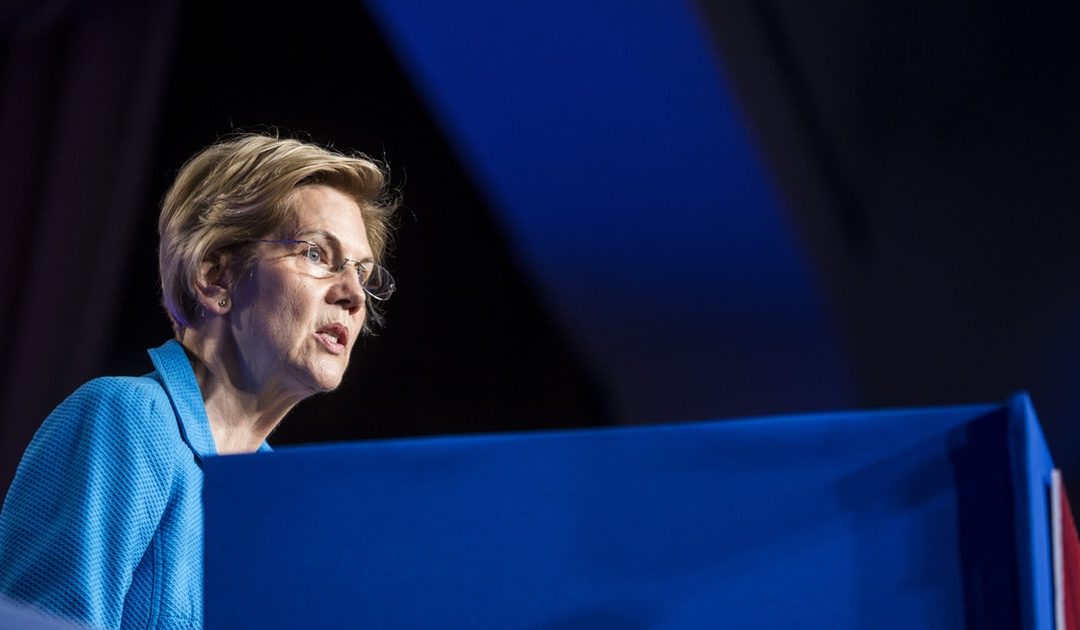 What’s In Elizabeth Warren’s Student Debt Proposal? It Could Be Huge

Before we all know it, the 2020 presidential election will be in full force, and candidates are already announcing their goals to change the United States. While some nominees are touring the country to speak to the public, Sen. Elizabeth Warren (D-Massachussetts) has announced a plan that could be a huge advantage to college students — not to mention, everyone else. So, what’s in Elizabeth Warren’s student debt forgiveness proposal? Here’s a rundown.

On Monday, April 22, Sen. Elizabeth Warren announced a plan to alter the face of student debt in the United States. In a post published on April 22, Warren announced a proposal to cancel up to $50,000 of student debt for American households with incomes under $100,000. Warren stated that the proposal would also reduce a “substantial” amount of debt for households whose income falls between $100,000 and $250,000, with a phased amount of debt forgiveness for households making up to $250,000. The proposed debt cancellation would work automatically, with the government using information it already has about outstanding debt, and both public and private loans would be eligible. Warren claimed in the post that the proposal would impact over 42 million American households, cancel some debt for 95 percent of households, for Americans, eliminate student loan debt completely for 75 percent of Americans, and increase wealth for minorities and reduce racial wealth gaps, and boost economic growth for the middle-class.

Warren also pushed for free college tuition at two and four year public universities, stating that higher education should be accessible to all Americans. “Once we’ve cleared out the debt that’s holding down an entire generation of Americans, we must ensure that we never have another student debt crisis again,” she wrote.

According to estimates Warren cites in her post, this proposal would cost an estimated $1.25 trillion over a span of 10 years. The plan would be paid for by Warren’s proposed Ultra-Millionaire Tax of 2 percent on households earning more than $50 million million annually, with an additional 1 percent tax on households earning $1 billion or more, per CNBC. To cover the cost of tuition for new students, Warren called on states and the federal government to split the costs, and proposed adding $100 billion in funding for Pell grants to help offset the costs of non-tuition expenses like textbooks or housing.

According to as of February 2019 Americans collectively have some $1.5 trillion in student debt, a total which may be producing some major effects on the overall economy. A Federal Reserve report from January 2019 found that people aged 24-32 were buying houses less often due to the burden of student debt, and those with heavy student debt may put off other major milestones, like getting married or having kids.

Warren states that investing in accessible higher education is key for the success of future Americans. She wrote,

We got into this crisis because state governments and the federal government decided that instead of treating higher education like our public school system  —  free and accessible to all Americans  —  they’d rather cut taxes for billionaires and giant corporations and offload the cost of higher education onto students and their families. The student debt crisis is the direct result of this failed experiment.

The proposal also included some measures intended to help students of color, too, who may be hit harder by the debt crisis, according to Student Loan Hero. The proposal would also create a fund for Historically Black Colleges and Universities (HBCUs), and incentivize states’ investment in low-income students and students of color.

Pushing for regulation of industries and changes in economic policy is old hat for Warren. Since joining the Senate in 2012, Warren has pushed for consumer protections, including a higher minimum wage and tighter regulations on large banks. In her 2020 presidential campaign announcement, she stated her intention to end corruption in Washington by fighting for economic security and “rebuilding the middle class” in the United States.

Even if the 2020 presidential election hasn’t officially kicked off, clearly candidates are throwing everything they have into the ring. Past, current, and future college students are sure to be watching avidly.