Mueller Makes It Clear: Trump Was Worse Than a ‘Useful Idiot’ 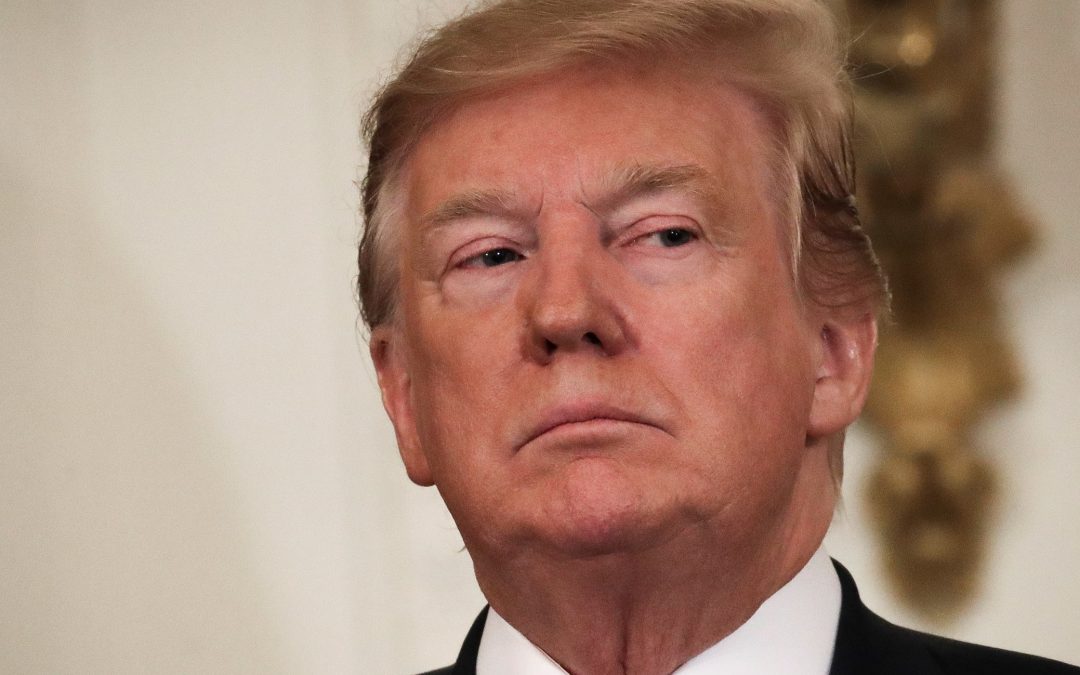 Back in January, approximately 1,000 Robert Mueller news cycles ago, I argued that given the arc of the special counsel Russia probe, it’d be embarrassing for Donald Trump if he weren’t an agent of the Russian intelligence:

“We’ve reached a point in the Mueller probe where there are only two scenarios left,” I wrote at the time. “Either the president is compromised by the Russian government and has been working covertly to cooperate with Vladimir Putin after Russia helped win him the 2016 election—or Trump will go down in history as the world’s most famous ‘useful idiot,’ as communists used to call those who could be co-opted to the cause without realizing it. At least the former scenario—that the president of the United States is actively working to advance the interests of our country’s foremost, long-standing, traditional foreign adversary—would make him seem smarter and wilier. The latter scenario is simply a tragic farce for everyone involved.”

Last Thursday’s report made clear which answer we face: tragic farce. The report is so damning, laying out at least 10 possible areas that could rise to obstruction, that Democrats have scrambled since to avoid the inescapable conclusion from Mueller’s final report that they need to convene impeachment hearings.

Over the weekend, Senator Elizabeth Warren (D-MA) became the first of the 2020 Democratic presidential contenders to call for impeachment. “To ignore a president’s repeated efforts to obstruct an investigation into his own disloyal behavior would inflict great and lasting damage on this country, and it would suggest that both the current and future Presidents would be free to abuse their power in similar ways,” Warren tweeted.

But as Mueller laid out in his 448-page report, Trump’s behavior during his campaign and first two years in office makes clear that Trump was not simply a “useful idiot,” a clueless pawn manipulated to Russia’s ends. It’s worse than that.

Mueller paints a detailed, consistent, and compelling portrait, compiled and amassed through both comprehensive documentary evidence and sworn testimony, of a man so immoral that while campaigning to be commander-in-chief he “expected” to benefit from an attack by America’s leading traditional adversary, even asking publicly for more help from Russia; a man who promised to “Make America Great Again” but who was so unpatriotic that his campaign fielded numerous inquiries and offers of help from Russia without ever once contacting law enforcement or US intelligence; a man who swore to uphold the Constitution at his inauguration, but was so insecure that despite evidently not even doing anything wrong, his first instinct was to obstruct the justice process repeatedly; a man so narcissistic that he swore to defend the nation from all enemies foreign and domestic, yet his first instinct was not anger at the authoritarian who attacked our democratic process but instead to magnify that attack by lambasting and undermining the professional, career intelligence and law enforcement officials who protect our country; a man so greedy that he lied repeatedly and openly to the American people about how he hoped Vladimir Putin would deliver hundreds of millions of dollars to his personal family business; and a manager so clueless and disrespected that his own senior campaign staff were carrying not one, not two, but three separate, unrelated criminal conspiracies even as they have purported to work on his behalf.

The Mueller report outlines a portrait of a man completely unsuitable as the protector of the Constitution and arbiter of national security, a leader wholly unable to separate the good of our country from his own business interests, so lacking a moral compass that he would be unfit to lead a publicly traded company or possess a low-level government security clearance.

Moreover, over two years of investigation, Mueller exposed how the narrow electoral victory of the businessman-turned-candidate-turned-president benefited from two independent criminal conspiracies, both of which we now know he was aware of in real-time: An unprecedented, “sweeping and systemic” attack by the Russian government on the electoral process itself, and a conspiracy to subvert the electoral system through hush money payments and campaign finance violations executed with the direction of Donald Trump himself.

In both cases—one investigated by Mueller, the latter prosecuted by the Southern District of New York—it now seems likely that Donald Trump would have faced personal criminal indictment but for the fact that he is the President of the United States.

As the identified “Individual-1” in the case of the hush money payments to Stormy Daniels and Karen McDougal in the final weeks of the election, he almost surely would face conspiracy charges for directing the payments through his personal fixer Michael Cohen. As federal prosecutors in New York said in December, Cohen “acted in coordination and at the direction of” Donald Trump himself.

In the case of the Russian attack on the election, he almost certainly would have faced obstruction charges for, as the statute, 18 U.S. Code § 1510, says, “endeavor[ing]” to impede, narrow, and obstruct the investigation. Mueller also specifically singles out how the president’s behavior might be chargeable under 18 U.S. Code § 1512, known as “Tampering with a witness, victim, or an informant,” or 18 U.S. Code § 1503, which focuses broadly on impeding judicial and grand jury proceedings, or 18 U.S. Code § 1505, which covers obstructing pending agency or congressional proceedings.

Ironically, according to Mueller, it seems that Trump was never involved in a “conspiracy” to obstruct justice, primarily because the various people in his orbit all simply ignored his wishes and orders to obstruct justice—a list of conspirators-not-to-be that evidently included White House chief of staff Reince Preibus, White House counsel Don McGahn, attorney general Jeff Sessions, deputy national security advisor K.T. McFarland, FBI director James Comey, former campaign manager Corey Lewandowski, one-time transition leader and New Jersey Governor Chris Christie, and senior White House official Rick Dearborn, among others. As Mueller put it, “The president’s efforts to influence the investigation were mostly unsuccessful, but that is largely because the persons who surrounded the president declined to carry out orders or accede to his requests.”

One of the oddest twists in the Mueller report is how it lays bare that Trump’s post-election behavior is all the more inexplicable if he wasn’t involved in a criminal conspiracy.

There is, after all, convincing evidence in Mueller’s report that the Russian government didn’t have an inside line to Trump—including a telephone call to Hope Hicks’ cell phone just 20 minutes after the networks called the election in November 2016 that led to a confusing exchange of greetings from Vladimir Putin sent via Gmail—and that Trump wasn’t aware of whatever oligarch deals Paul Manafort or others might have made.

Yet if he was wholly innocent, his post-election coddling and cuddling-up with Vladimir Putin seems all the more odd. Why the secret meetings without his staff? Why hide the notes made by the American translator in other meetings? Why the repeated lies about meetings with Russian officials, if they were all indeed innocent? Why the years-long refusal to testify openly, honestly, and quickly before the special counsel?

Mueller makes clear how much Trump fumed over the FBI investigation and the special counsel probe, but that apparently 100 percent of his anger was directed at the FBI, Mueller, and the Justice Department—none of it apparently at the original instigator, Putin, and the Russian GRU. If Donald Trump was, as seems clear from the report, actually concerned about the appearance of his election’s legitimacy, most people in his shoes would have been taken out their anger on Putin, not the investigators. Imagine if after 9/11, George W. Bush had directed his anger at the NYPD instead of Osama bin Laden, or if FDR had devoted the two years after Pearl Harbor to insulting the US Navy rather than going to war against Japan.

If Donald Trump had nothing to hide, he spent two years making us think he did. But maybe the answer to that puzzle—left pregnant but unanswered by Mueller, who himself wonders at various points in the report about the sheer volume of seemingly unnecessary lies—is actually quite straightforward. After selling himself to American voters as the great negotiator and dealmaker, maybe Donald Trump was simply too embarrassed by the truth: He’d been taken advantage of, deeply and systemically, by everyone around him, including by Russia and Vladimir Putin and by his own staff. During the campaign, they grifted him without his knowledge. In the White House, they simply ignored him.

The bottom line of the Mueller Report is that if Donald Trump wasn’t guilty of conspiracy, he was simply conned by everyone around him. To a man as egotistical as Trump, the reality that everyone was in on the con but him might hurt more than Mueller’s handcuffs.