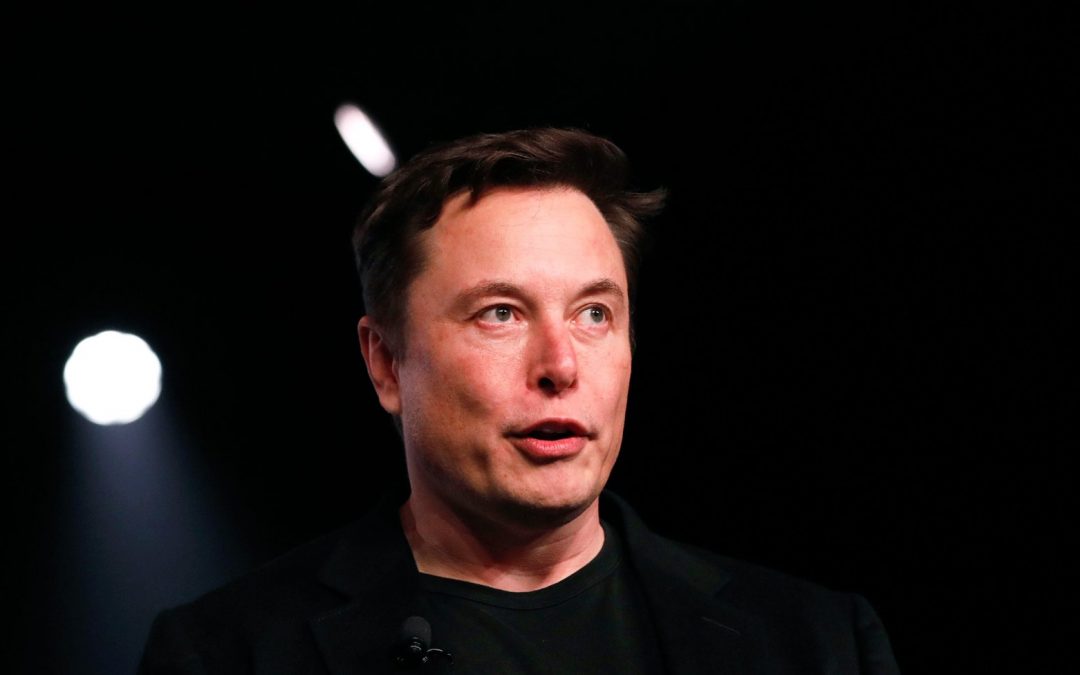 Elon Musk is at it again, making wildly ambitious—and possibly quixotic—predictions about the future of autonomous vehicles, on the eve of what’s expected to be a disappointing earnings report Wednesday from his electric automaker, Tesla.

During nearly three hours of presentations before investors during the company’s inaugural “Autonomy Day” on Monday, Musk and other Tesla leaders doubled down on the company’s extraordinary claims about the future of travel. Musk said a Tesla purchased today has all the hardware it will ever need to drive itself. By next year, Musk pledged, robotic Tesla taxis will pick up passengers, even though no fully self-driving cars currently exist. A Tesla bought today will soon be able to make up to $30,000 a year for its owners by ferrying passengers around when they don’t need it, Musk said.

“It’s financially insane to buy anything but a Tesla,” Musk said, arguing that the vehicle would appreciate in value over time.

Late Monday, the company released a video of a Tesla driving on suburban California roads and highways. The driver in the front seat appeared to have his hands on his lap the entire time.

But the line between demo and product can be blurry, and Musk and Tesla have made bold claims about autonomy before. In October 2016—2 ½ years ago—Musk said that every future Tesla vehicle would be capable of driving itself, and promised Tesla would complete a coast-to-coast trip without human intervention by the end of 2017. That didn’t happen, and now the company says vehicles made between fall 2016 and earlier this month will need to be retrofitted with the company’s “full self-driving” chip to achieve full autonomy.

Musk also doubled down on the automaker’s unconventional approach to self-driving development, which leans entirely on machine learning techniques, cameras, and radars, and forsakes a widely used technology called lidar. “Lidar is lame. Laaaame,” he said.

Lidar has significant downsides, particularly for a company like Tesla, which wants to sell a car with the ability to self-drive right now. For one, it’s expensive. It hasn’t been proven to be reliable in all cases. Dozens of startups are working to find the proper balance between lidar range and resolution. But the tech, which shoots off millions of light pulses per second and measures how long they take to bounce back to the sensor, can create a map of the world around a self-driving vehicle, helping it to “see” in all sorts of lighting conditions.

During the Monday presentation,Tesla Autopilot Vision head Andrej Karpathy explained that Tesla believes it can “teach” its self-driving vehicles to drive themselves based on machine learning alone. He said Tesla has the capability to “ask” its entire fleet of nearly 500,000 sensor-enabled vehicles to pull data on specific situations, such as a bike mounted on the back of a car. Tesla’s system can use that data to refine its algorithms, Karpathy said, so that situations that might have once confused the tech—is that object going to move like a car, or like a bike?—can be finessed on the road. Tesla believes that breadth of data is the key to winning the self-driving race.

Despite the delays, Tesla’s timeline for autonomy is more aggressive than its competitors’—particularly as other teams begin to back away from the impractical deadlines they touted just a few years ago. Waymo, the Alphabet company, is running a small self-driving car service in metro Phoenix, but safety operators still sit behind the steering wheel to ensure the tech works as promised. General Motors’ Cruise says it will launch a fully autonomous taxi service somewhere in the US this year, but expects the initial rollout to be limited. This month, Ford CEO Jim Hackett doubled down on the automaker’s plans to release a purpose-built self-driving vehicle in 2021, but said the car’s “applications will be narrow, what we call geo-fenced, because the problem is so complex.”

On Monday, Musk pooh-poohed the concept of a geofence limiting where and when autonomous vehicles might operate. “If you need a geofenced area, you don’t have real self-driving,” the CEO said. In response to an audience question, though, Karpathy said the company “didn't specifically go after snow yet with our data engine,” raising questions about where a Tesla would be able to drive itself year-round.

Tesla has sometimes used confusing marketing language around autonomy. For two years, Tesla offered customers the opportunity to pre-purchase a “full self-driving” package, to be fulfilled when the technology was completed. The company temporarily removed the option from its website last fall, to prevent confusion, but resumed offering it as a $5,000 add-on in February. Currently, those who have purchased “full self-driving” have access to Tesla’s “Navigate on Autopilot” feature, which can guide drivers from highway on-ramps to off-ramps, but requires constant attention from the person behind the wheel. By the end of this year, though, Tesla has promised that vehicles with “full self-driving” will be able to navigate around cities by themselves, thanks to an over-the-air software update. Critics, including a self-driving industry group, have argued that Tesla’s use of the word “self-driving” is misleading.

Tesla clearly has some work to do before its vehicles are ready to drive themselves—or to operate as robotaxis. Monday’s presentation showcased mock-ups of a future Tesla Network app, an Uber-like platform that users could use to call a car. But while pitching investors on Tesla’s play to operate a robotaxi network, Musk admitted that his figures were less-than-thought-out. “We just threw some numbers on there,” he said. “Definitely plug in whatever pricing you think makes sense.” Musk also seemed surprised by an investor’s question about whether a car owner or Tesla would be responsible if someone is injured in a robotaxi while carrying passengers. “I mean, probably Tesla,” he said.

“The only criticism, and it is a fair one, [is that] sometimes I am not on time,” Musk said during the beginning of the presentations. “But I get it done.”