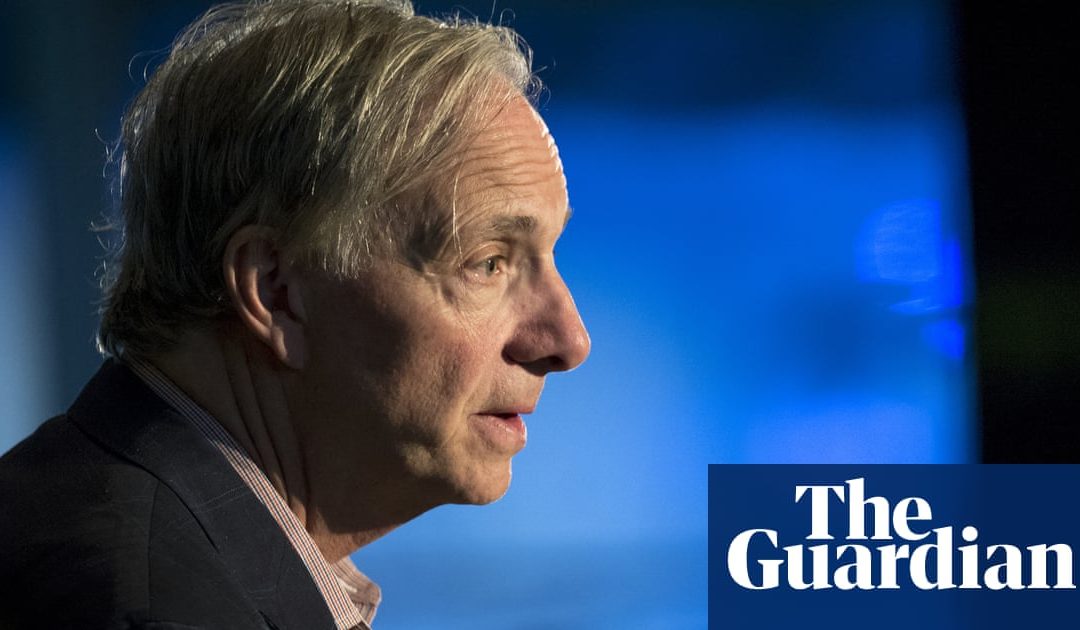 Now that the political debate has shifted, Bridgewater founder Ray Dalio is the latest in a bank of billionaires to talk about the gap between rich and poor 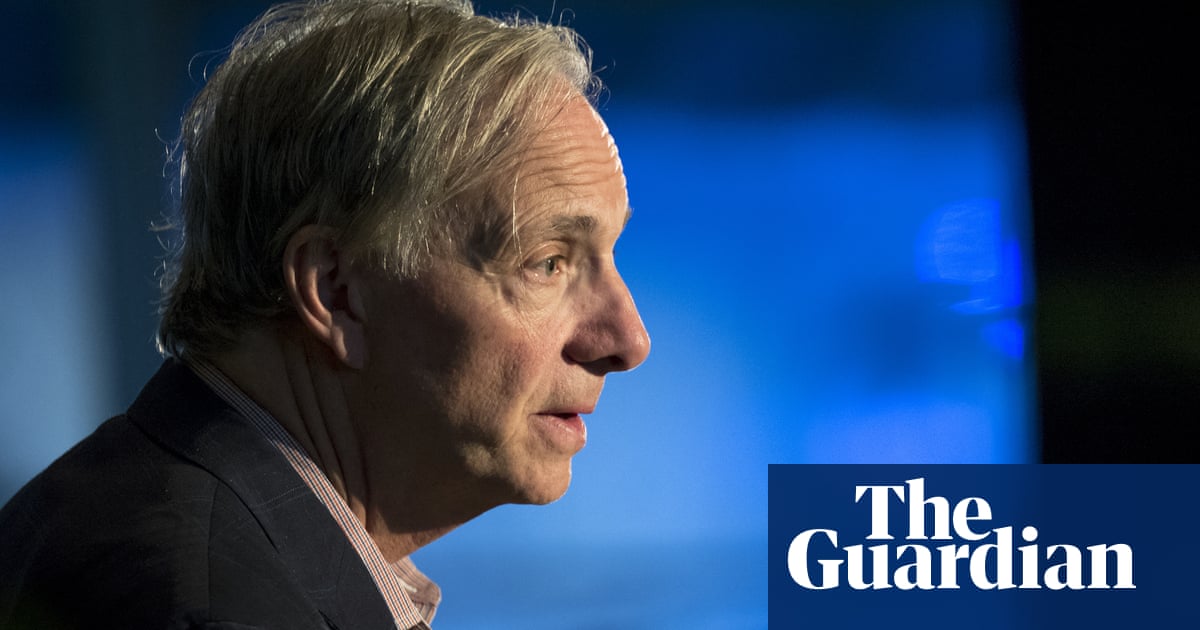 Two years ago on a chilly Saturday in March, some of the least well-off people in Connecticut went on a tour of the homes of the wealthiest. The outing was a protest organized by community groups worried by growing income inequality in a state that is home to some of the worlds richest people. While they never got further than the gates, it seems like someone was listening.

This month Dalio, founder of Bridgewater, the worlds biggest hedge fund, an investor in low-wage employers including Walmart and KFC, and a man worth about $18bn according to Forbes, became the latest in a bank of billionaires to go public about his fears of widening income inequality.

The yawning gap between rich and poor is a national emergency, Dalio wrote in an 8,000-plus-word blogpost on LinkedIn (where else?) that poses an existential risk for the US.

I believe that all good things taken to an extreme can be self-destructive and that everything must evolve or die. This is now true for capitalism, he wrote.

So dire has the situation become that Schwarzman called for a Marshall plan referencing the US initiative that aided the rebuilding of western Europe after the second world war to help rebuild the middle class. Admittedly he couldnt quite use the word inequality (that might suggest something was unfair), preferring to argue the real problem was that those not in his wealth bracket were suffering from income insufficiency.

Never before have so many of the kings of capitalism showed so much concern about the system that created them, said Charles Geisst, author of Wall Street: A History and professor of economics and finance at Manhattan College.

The last time the 1% felt so under pressure was probably back in the 1930s as the US came to terms with the Great Depression, said Geisst. But back then the super rich did not criticize capitalism. If you called someone a communist or a socialist at that time, that was fighting words because of the atmosphere with the Soviets, he said.

Even after the crash, capitalism didnt need defending.

Now the political debate has shifted, said Geisst. I think they realize that Bernie Sanders has a lot more support than a lot of people think, he said. Sanders and fellow Democratic presidential hopeful Elizabeth Warren could give them a really bad time with their plans for higher taxes and greater regulation, he said. These people are famous for hedging their bets, and this is another way of doing it.

Steve Glickman, a senior economic adviser in the Obama administration and now founder of Develop, a company seeking to attract investment to low-income areas called opportunity zones, said the very wealthy understand there has been a societal change that challenges the way they have done business.

An increasing chunk of the country has been left behind and that cant be ignored any more, he said. The rise of populism, not just in the US but also in many other markets like Europe, is dramatically affecting the business model they have taken for granted. We are turning the table on what was close to 90 years of agreed upon bipartisan policy goals around trade and immigration.

How sincere the 1% are about helping the 99% rather than themselves may be up for debate but it is pretty clear that the billionaires do believe there is a crisis.

Dalio, in particular, offers a startling deconstruction of the state we are in even if it is somewhat spoiled by his solutions more leadership, bipartisan cooperation, accountability, private-public partnerships, yadda, yadda, yadda sound like the sort of non-policy policies trotted that helped get us into this mess.

Dimon too has, unsurprisingly, rejected any radical reordering of a system he agrees is broken, calling socialism a disaster that leads to stagnation, corruption and often worse.

Dalios analysis of the issue is, however, clinical and frightening. The son of a jazz musician from Queens, New York, Dalio started investing at the age of 12 using money from his newspaper round and a job as a caddy and is now a self-made billionaire who clearly has a genius for making money.

Now, he worries generations of children are being left behind. Today, the wealth of the top 1% of the population is more than that of the bottom 90% of the population combined, which is the same sort of wealth gap that existed during the 1935-40 period (a period that brought in an era of great internal and external conflicts for most countries), he wrote before going on to dissect how this gap hits poor peoples health, education and opportunities.

As Dalio points out:

The last time that this configuration of influences existed was in the late 1930s when there were great conflicts and economic and political systems were overturned, wrote Dalio. You know things are bad when billionaires reach for Hitler analogies.

Next month the super rich will convene in Las Vegas for the annual Salt conference, an investment summit that attracts some of the biggest names in finance and politics. This years speakers include billionaire investor Mark Cuban; Ben Horowitz, co-founder of Facebook and Twitter backer Andreessen Horowitz; David Rubenstein, co-founder of the Carlyle Group; and Gen John Kelly, the ex-White House chief of staff who will be interviewed by Salts founder, Anthony Scaramucci, the former White House director of communications (who Kelly fired).

The Mooch knows how to draw a crowd. He also knows what that crowd is talking about. In a recent interview, Scaramucci warned that massive inequality has crippled societies in Latin America. You dont wanna be the guy living in your McMansion in your barbed-wired security compound while your neighbours are struggling, he said.

For all their apparent concern, Geisst is unconvinced. I dont think they are worried about it at all, he said. Their ultimate message is yes the system is crooked, but please dont take my money away, he said.