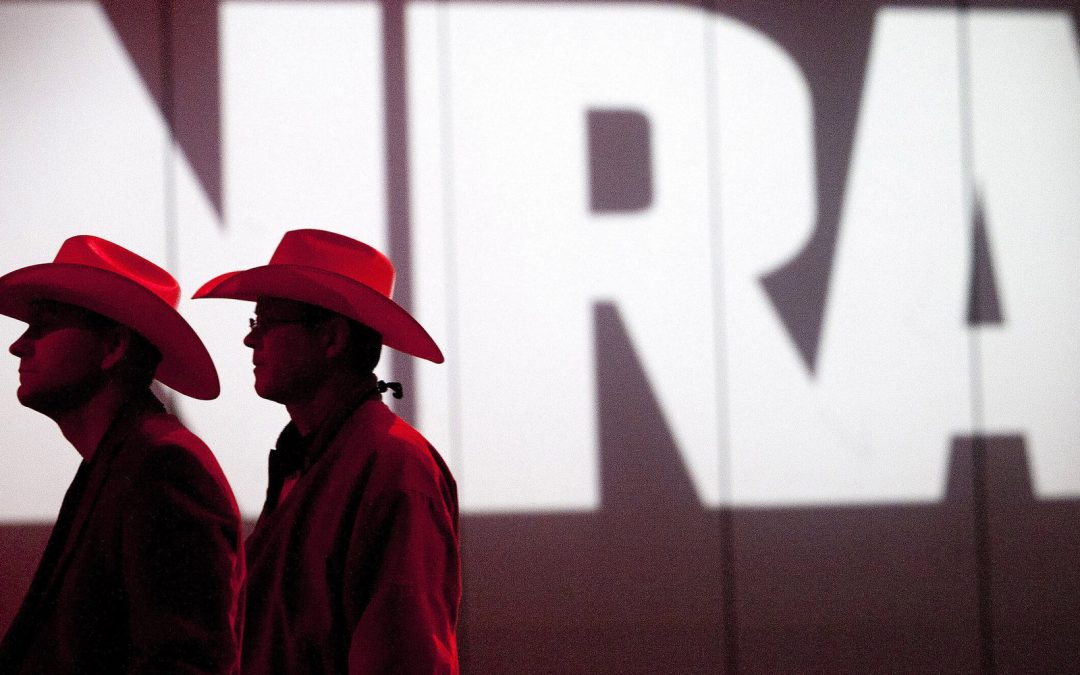 The gun safety nonprofit Giffords Law Center filed a lawsuit against the Federal Election Commission on Wednesday for not acting on its multiple complaints that the National Rifle Association made illegal campaign contributions to President Donald Trump and six other Republican candidates.

“Over the past nine months, Plaintiff Giffords filed four separate administrate complaints with the Federal Election Commission,” said the lawsuit, noting that the FEC has missed the deadline to respond to them.

The suit was filed by the Campaign Legal Center and the Giffords Law Center, which was created by former Arizona congresswoman and gun violence survivor Gabrielle Giffords. It accuses the NRA of using “a complex network of shell corporations to unlawfully coordinate expenditures with the campaigns of at least seven candidates for federal office, thereby making millions of dollars of illegal, unreported, and excessive in-kind contributions, including up to $25 million in illegal contributions to now President Donald J. Trump.”

A political action committee cannot give more than $5,000 to a candidate in a single year, and in 2014, an individual couldn’t give more than $2,600 to a candidate (that amount went up to $2,700 in the 2016 and 2018 cycles). Yet federal campaign finance laws allow groups like NRA-PVF, a political action committee, to give an unlimited amount to outside groups — as long as they do not coordinate their spending with the candidates they endorse.

The lawsuit says the FEC missed a 120-day deadline to act on the Giffords Law Center’s complaints. The suit asks a federal judge to intervene and push the FEC to begin investigating the complaints.

“The FEC is supposed to be the nation’s election watchdog, but in this case it didn’t bite, bark, or even whimper,” Giffords counsel Adam Skaggs said in a statement. “Instead, it turned a blind eye while the NRA’s leadership made clear it’s more interested in handing bags of cash to candidates who will carry its water than following American laws or looking out for the interests of gun owners. In a desperate attempt to hold onto power and influence, NRA executives have flagrantly ignored our campaign finance laws and undermined the integrity of our election system.”

The lawsuit came just before Trump speaks at the NRA’s annual convention in Indianapolis on Friday. According to the nonpartisan Center for Responsive Politics, the NRA spent more than $30 million to boost Trump’s campaign and take down his Democratic rival Hillary Clinton, an amount that beats donations from any other independent outside group.

The FEC declined to comment to HuffPost on pending litigation, and the NRA did not immediately respond to requests for comment.