Congress returns this week: Here’s where the Democratic investigations stand 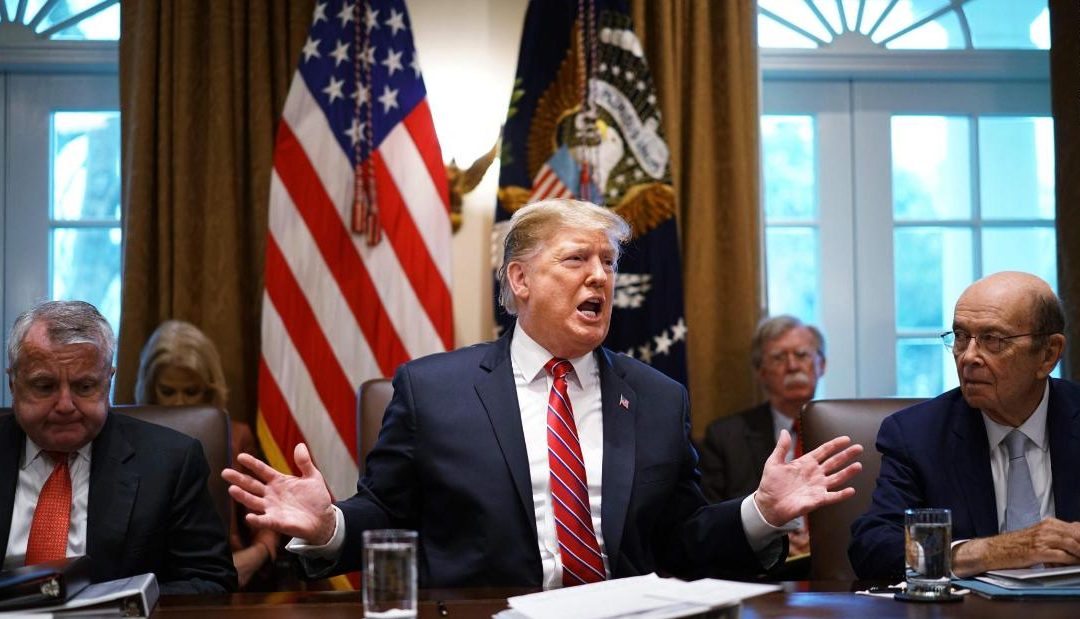 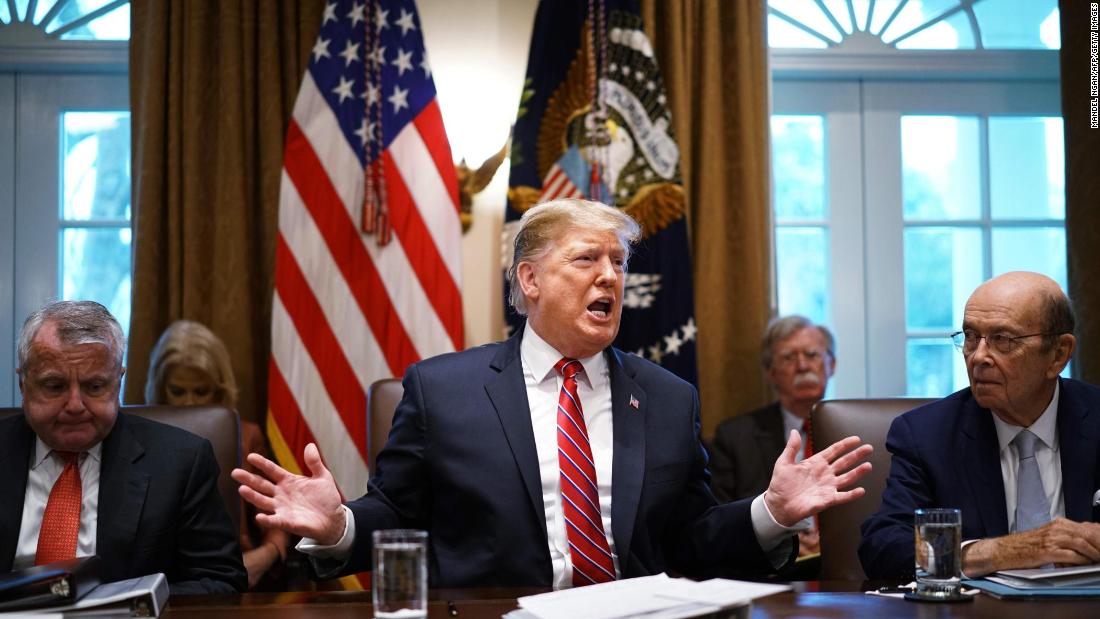 (CNN)The long-simmering feud over Democratic investigations burst into an all-out war last week between the Trump administration and congressional Democrats.

“We’re fighting all the subpoenas,” President Donald Trump said Wednesday.
Democrats are now preparing their response to Trump’s refusal to cooperate, weighing steps that include holding administration officials in contempt, suing to enforce their subpoenas — and even threatening to try to fine or jail those who refuse to comply.
“We will use any and all power in our command to make sure it’s backed up — whether that’s a contempt citation, whether that’s going to court and getting that citation enforced, whether it’s fines, whether it’s possible incarceration,” said Rep. Gerry Connolly, a Virginia Democrat. “We will go to the max to enforce the constitutional role of the legislative branch of government.”
The fighting is only likely to intensify on a number of fronts, as Democrats seek to pry documents from the Trump administration, secure interviews with current and former officials and obtain the President’s tax returns.

Trump’s war-like stance toward Democratic investigations hardened Monday morning after the President and the Trump Organization sued the House Oversight Committee and Trump’s own accounting firm, Mazars USA. The lawsuit seeks to stop Mazars, which has prepared Trump’s financial statements, from complying with a subpoena from the Oversight panel for years’ worth of Trump’s financial information.
House Oversight Chairman Elijah Cummings issued a so-called “friendly subpoena” to Mazars earlier this month after the accounting firm requested one to comply with the document request. It’s one of several subpoenas various House committees have issued as they ratchet up their probes into Trump’s finances.
The lawsuit accuses Democrats of lacking a legislative purpose for the subpoena, and simply seeking to obtain information “they can use to damage the President politically.”
Cummings dismissed the lawsuit as reading “more like political talking points than a reasoned legal brief,” arguing “there is simply no valid legal basis to interfere with this duly authorized subpoena from Congress.”
There will be a court hearing in the case on May 14 before federal district Judge Amit Mehta in Washington.

The Oversight Committee is also facing off with the Trump administration in its effort to interview officials as part of investigations into the White House’s security clearance process and the decision to add a citizenship question to the Census.
On Tuesday, the White House instructed former official Carl Kline not to testify at a deposition after the panel issued a subpoena for his appearance. Then on Thursday, the Justice Department said it would not comply with a subpoena seeking a follow-up interview with DOJ official John Gore, over a dispute about whether a Justice Department lawyer could be present for the interview. 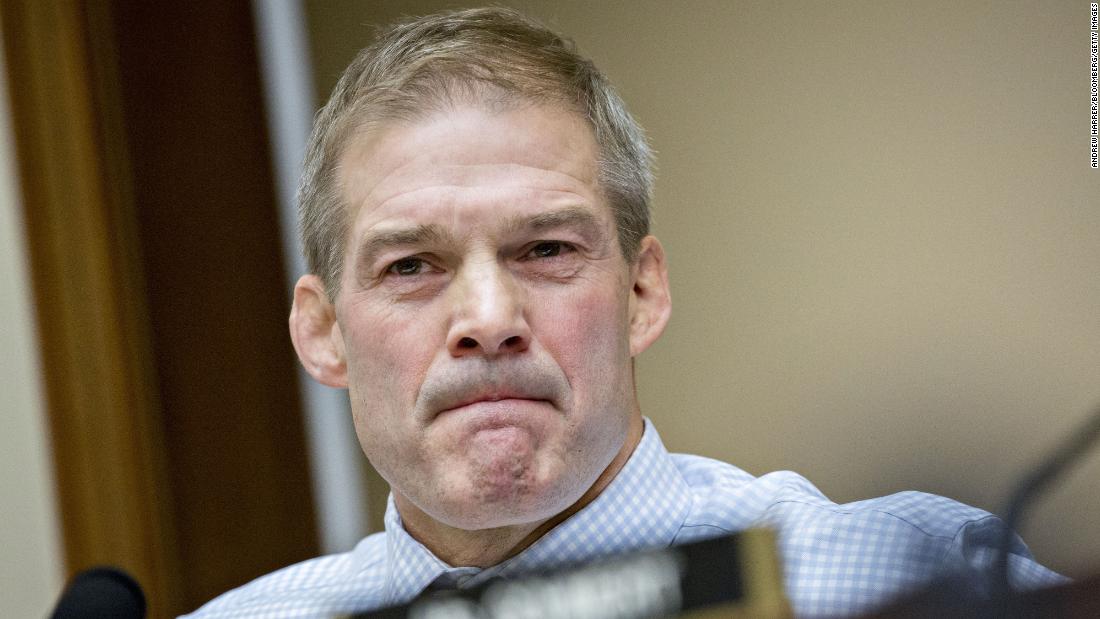 Cummings slammed the administration for stonewalling, and he threatened to move forward to hold Kline in contempt next week if he wouldn’t testify.
Kline’s attorney, Robert Driscoll, said his client was stuck in the middle of a fight between two equal branches of government, and that Kline would follow those wishes of the one that employs him.
In an apparent effort to ratchet down the tensions, the top Republican on the Oversight panel, Rep. Jim Jordan of Ohio, sent the White House counsel a letter on Friday asking for Kline to sit for a voluntary transcribed interview.
“To avoid unnecessary conflict between Congress and the Executive Branch and to de-escalate Chairman Cummings’ orchestrated interbranch confrontation, I write to ask whether Mr. Kline would agree to appear for a voluntary transcribed interview with committee staff,” Jordan wrote, offering Tuesday or Wednesday as options.

The Treasury Department missed a second deadline on Tuesday to hand over the President’s tax returns, another sign of escalation in the fight for the President’s closely held financial documents. Instead of outright refusing to provide the returns, however, the department announced it would make a final determination of how to handle the request by May 6.
House Ways and Means Chairman Richard Neal’s using a decades-old tax statute to seek Trump’s tax information. The law says that three people — the House Ways and Means chairman, the Senate Finance Committee chairman and the Chief of Staff for the Joint Committee on Taxation — can have access to the tax information of individuals as long as they are using it for a legislative purpose. Trump’s allies have argued that Neal’s weaponizing the IRS with his request, but Treasury has yet to formally announce they will refuse Neal’s demand.
Assuming the agency refuses to comply, Neal is expected to then issue a subpoena on top of his formal request, a move that could eventually spur court action and a test of the law.

The House Judiciary Committee’s biggest subpoena fight with the White House is likely its effort to obtain the unredacted report from special counsel Robert Mueller. But the committee has also issued a subpoena for documents and testimony for former White House counsel Don McGahn as part of the panel’s separate investigation into possible obstruction of justice.
The committee requested McGahn testify publicly next month, but the White House may seek to prevent him from complying with the subpoena or assert executive privilege over certain aspects of his testimony. McGahn’s testimony is still being negotiated with the committee, and he could be a key test case for the committee’s broader investigation into possible corruption, abuse of power and obstruction of justice, in which the panel is likely to seek interviews with numerous White House officials.

Another White House official in Congress’ crosshairs is Stephen Miller. The House Oversight Committee sought Miller’s testimony earlier this month after Trump said he was putting the immigration hard-liner in charge of immigration policy.
But the White House said Miller would not testify, arguing there’s “long-standing precedent” for the White House to decline offers for staff to testify on Capitol Hill.
That wasn’t the end of it, however, as Cummings and two other Democratic committee chairman sent a letter to the Department of Homeland Security seeking information about the departures of former Homeland Security Secretary Kirstjen Nielsen and other senior officials, raised concerns about Miller’s reported role in pushing for Nielsen’s dismissal.