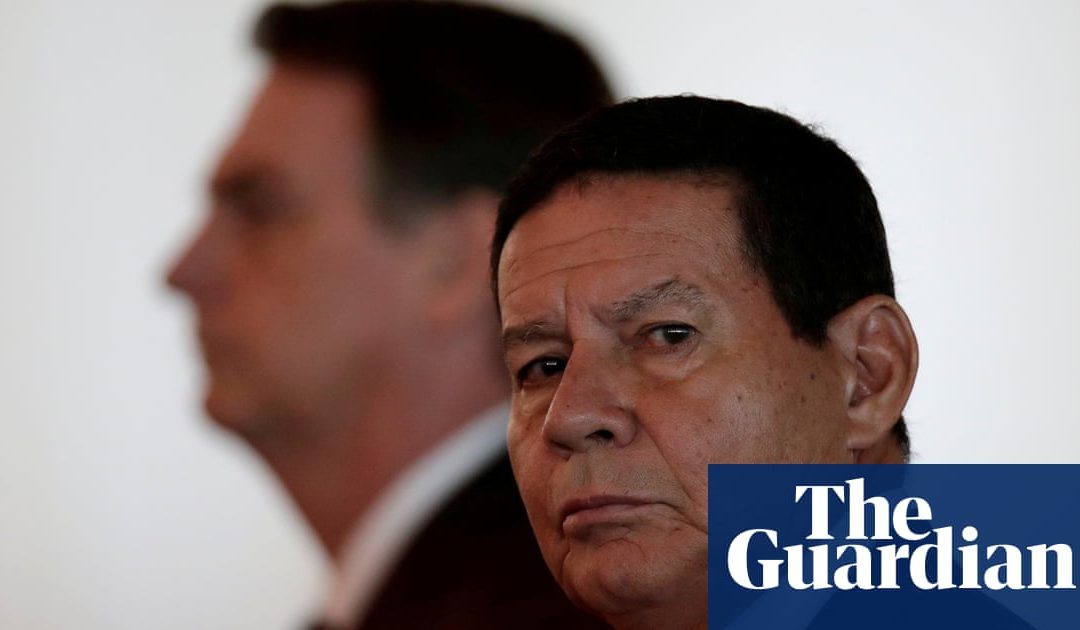 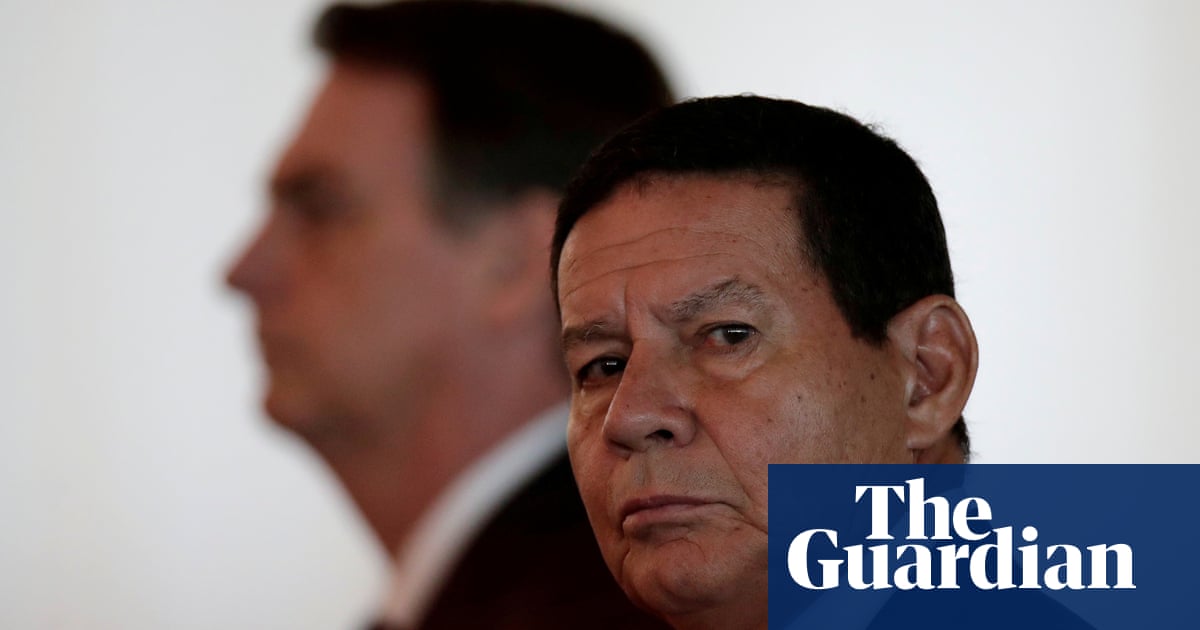 A turf war has broken out at the pinnacle of Brazilian politics, pitting a presidential son nicknamed pitbull and a Steve Bannon-backed polemicist against a group of retired military chiefs led by Brazils vice-president, Hamilton Mouro.

The animosity between the two factions was exposed last week after Carlos Bolsonaro son of the incumbent far-right president Jair Bolsonaro repeatedly bashed Mouro on Twitter for urging the US-based Olavo de Carvalho to stop meddling in Brazilian politics and return to his former career as an astrologer.

The two factions have emerged after Bolsonaros January inauguration, with the hard-right ideologues including the presidential family, Carvalho, the foreign and education ministers on one side and retired generals joined by Mouro on the other. The latter has become an unexpected voice of moderation in the face of Bolsonaros chaotic opening act.

Mouros reprimand came after the presidents account shared an expletive-filled YouTube video in which Carvalho showed off his gun collection and skewered what he called the shameless, vain and boastful military regime which took power in the 1960s.

But the presidents sons sprung to their Carvalhos defence, with Carlos launching a barrage of overt social media attacks against Mouro some reportedly sent from a shooting range where he was holed up.

Mouro youre a disgrace. You betrayed us, said a prominent conservative YouTuber said in a video painting the vice president as a vain attention-seeker bent on undermining his boss.

Bolsonaros son Eduardo who is also the South American representative of Bannons far-right group called The Movement joined the offensive launched by his brother, urging Mouro to keep his opinions to himself.

Brian Winter, a Brazil expert who met Carvalho last year at his rural Virginia home, said the spat did reflect a Bolsonarian propensity to flame-throw foes on social media but at the same time, it was more than just a Twitter food fight.

It actually revealed a ferocious ideological battle raging between the two factions with potentially momentous ramifications for Brazil and Bolsonaros presidency.

You have got adults in this administration who believe that if they continue to follow Olavos advice the government might not make it, Winter said.

Whats at stake in this power struggle is key foreign policies, foremost among them Brazils relations with the worlds top two economies.

A core tenet of Olavismo is that China is a communist, globalist menace. Olavistas with support from Bannon say China is the defining threat of the 21st century and that Brazil needs to join a Judeo-Christian Alliance of countries who can confront it, Winter said.

The military faction was aghast at the idea of picking a mostly pointless fight with Brazils top trade partner.

Olavistas also supported an almost unconditional alignment with Washington, and specifically Trump, who they adore while Mouros camp was suspicious of such warm ties.

Bannon, Trumps former chief strategist, has hailed Carvalho as one of the great conservative intellectuals in the world.

Jair Bolsonaros failure to halt the attacks on Mouro has fuelled suspicions he is secretly encouraging them.

The president could have taken simple measures to contain his son, like confiscating his phone or hiring a nanny. He chose to overlook his misbehaviour, political columnist Bernardo Mello Franco noted.

That was risky. The last president who fought with their vice didnt finish their term, Melo Franco warned, in reference to Michel Temers role in toppling Dilma Rousseff in 2016.

On Friday a leading Brazilian magazine, Veja, claimed Mouro was so exasperated with the attacks he told relatives he might quit on Bolsonaro and was quoted as saying Ill get my things and go.

Former finance minister Rubens Ricupero said the feud was an unwelcome diversion from efforts to revive Brazils economy after its worst ever recession.

We have 13 million unemployed At some point there will be an explosion [of protest], like what happened in 2013, Ricupero predicted. This is what worries me not all this foolishness, these controversies. The [economic] backdrop is very negative.

Winter said the fracas was fun to watch until you remember that we are talking about a country with so many problems, and all of this debate is just a huge distraction from what Brazil really needs to get back on its feet.

Its not just a reality show. These are real-life policy decisions Every day the news cycle is dominated by these disagreements is another day we go without solving the real problems most Brazilians face.