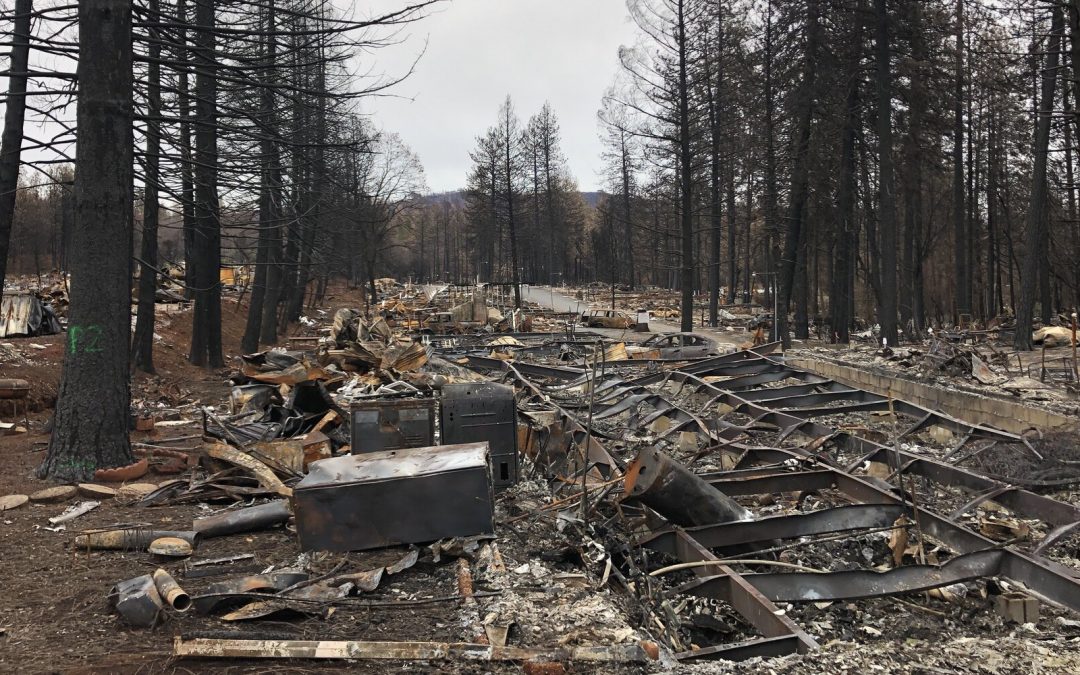 California saw significant shifts in population last year as thousands of residents were displaced from their homes by record-breaking wildfires, per a government report.

The state’s Department of Finance released a population report Wednesday showing what it called “dramatic changes caused by… catastrophic wildfires.”

The November Camp fire in Northern California, which leveled almost the entire rural town of Paradise, destroyed almost 90% of the town’s houses and displaced 83% of its residents, per the report. It was the most destructive wildfire in state history, tearing through nearly 14,000 homes, and was also the state’s deadliest fire ever, killing 85 people.

Most of those who fled the Camp fire went to nearby cities of Oroville and Chico, a small college town which saw its population balloon by 20% in one year alone, from around 93,000 people in early 2018 to over 112,000 people in January 2019, per the report.

Other counties in the state lost hundreds of houses due to wildfires, including Shasta in the northern part of the state, which lost 900 homes in the Carr fire in July, and Ventura in the South, which lost 700 houses in the deadly Woolsey fire around Malibu last fall.

“If anyone is wondering if climate change is real, come to California,” Democratic Governor Gavin Newsom said at a press conference last month, speaking on the threat of wildfires in the state and what his government is doing to prevent it.

Finding a new place to live after a massive wildfire like the Camp fire is no easy task. Plagued by Northern California’s affordable housing crisis, Butte County’s vacancy rate for rentals was already low before the fire, about 1 to 2%. After the fire, the available housing stock shrunk even further, making it feel nearly impossible for those who lost homes to find an affordable place nearby.

Just last month Paradise’s high school principal resigned and said he’d be leaving Chico, where he and his family relocated after losing their home in the Camp fire because they couldn’t find affordable housing. He took a new job in central California where he’ll be moving this summer.

The lives of those whose houses are still standing after the fire in Paradise have also been forever changed. Of more than 26,000 people living in the town before the blaze, only some 4,500 remained as of January, per the report. Miles of houses are still in ashes and rubble months later, and the water in Paradise is still “not safe to drink,” per a notice from local water officials.

In the wake of the fires, the town’s water was contaminated with cancer-causing benzene, and in a report last month, water officials said “the full extent of the contamination is not yet known.” The long, costly process to test and clear the system before water is safe for drinking could take until early 2021. Meanwhile, residents are living on bottled water and water tank deliveries.