Dear Hollywood, here are 5 female founders to showcase instead of Elizabeth Holmes 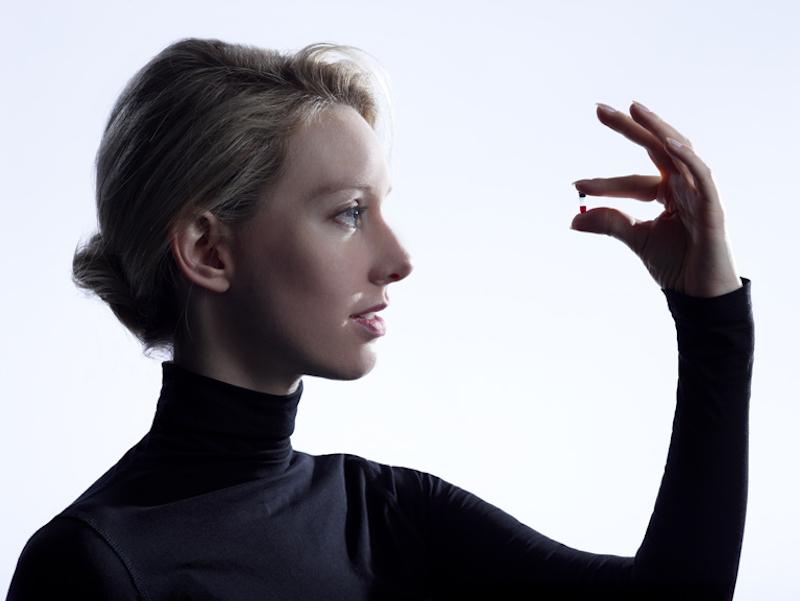 There’s a seemingly insatiable demand for Theranos content. John Carreyrou’s best-selling book, “Bad Blood,” has already inspired an HBO documentary, The Inventor; an ABC podcast called The Dropout, a prestige limited series starring SNL’s Kate McKinnon, was just announced; and Jennifer Lawrence is reportedly going to star in the feature film version of this tawdry “true crime meets tech” tale. That’s before getting started on the various and sundry cover stories and think pieces about her fraud.

I think it’s fair to say the Theranos story has been sufficiently well-documented, and I’m worried that this negative perception may be reinforced now that uBiome founder Jessica Richman has been placed on administrative leave. While it’s hard to pass on a chance to stoke startup schadenfreude, perhaps we could focus less on these rare, unrepresentative and dispiriting examples? Instead, Hollywood could put the spotlight on women who pioneered the bleeding edge of tech and actually produced billion-dollar successes. Here are a few candidates ready for their close-ups: 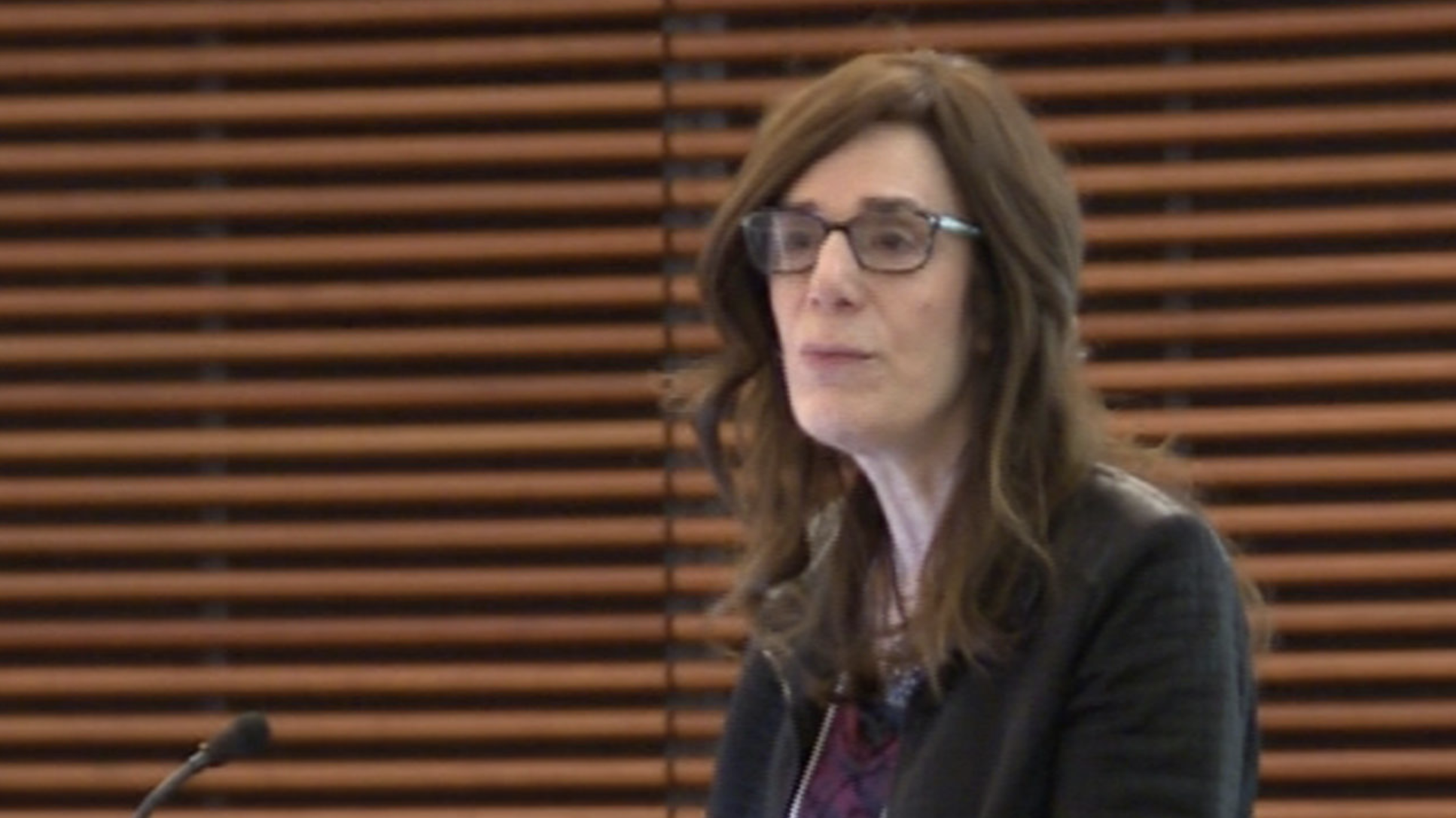 In the late 1970s, the picture of a working woman in Wisconsin was likely Laverne or Shirley. Little did anyone know that in the basement of a Victorian manse in Madison, the future of healthcare was being coded by Judith Faulkner, the founder and CEO of what would become Epic Systems. Epic is arguably the most impactful startup in the history of health software, and Faulkner was building medical scheduling software before most people could even picture a PC. Her efforts established the Electronic Medical Records market as we know it and today. Her company manages records for more than 200 million people, employs nearly 10,000 and generates around $2.7 billion per year in revenue — not bad for a math graduate who never raised any venture capital.

One might argue that the origins of medical software are too tepid to make for exciting TV, but something tells me the kind of CEO who hires Disney alums to design her corporate campus and dresses up like a wizard to address her employees might make for a compelling subject. 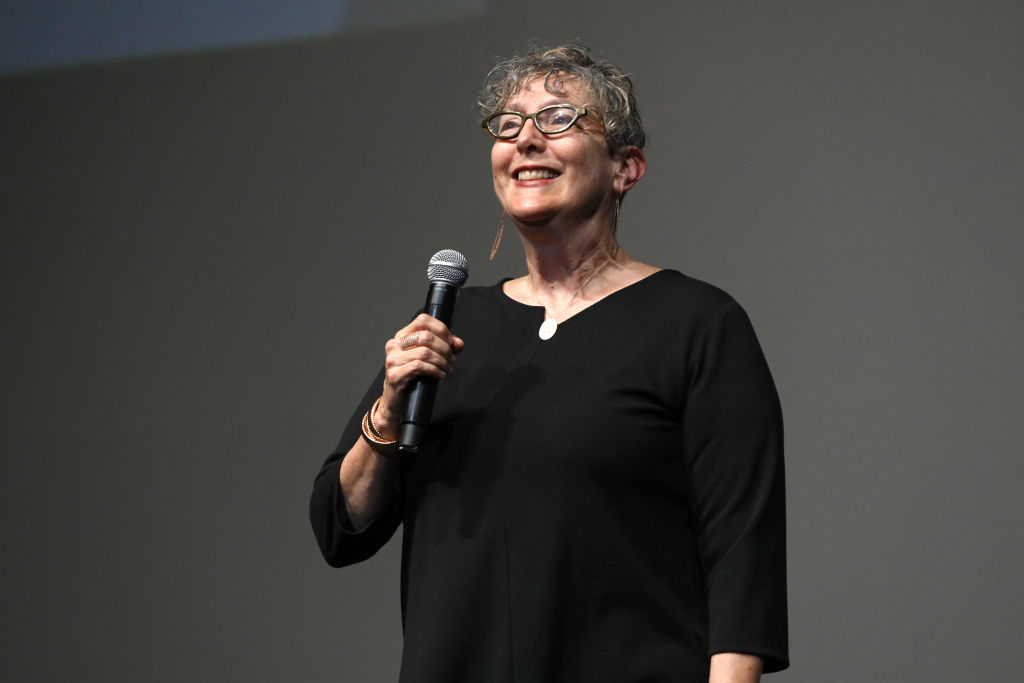 Lynda Weinman might have the most esoteric path to becoming a billion-dollar entrepreneur in history. After getting a humanities degree from Evergreen College, where she was classmates with “Simpsons” creator Matt Groenig, Lynda opened a pair of punk rock fashion boutiques on LA’s Sunset Strip.

After those folded in the early 1980s, she taught herself enough computer graphics to become a freelance animator on movies like “Bill & Ted’s Excellent Adventure,” which in turn led to her becoming a teacher at the prestigious Art Center College of Design. Her academic pedigree provided the launching pad to write an influential textbook; that, in turn, gave her the star power to strike out on her own as one of the first web celebrities.

Keep in mind; this dramatic arc only covers the time before she started the eponymous Lynda.com, and bootstrapped it to a $1.5 billion exit in edtech — an industry most VCs and entrepreneurs fear to tread. In terms of material for a memoir, Hannah Horvath has nothing on Lynda Weinman. 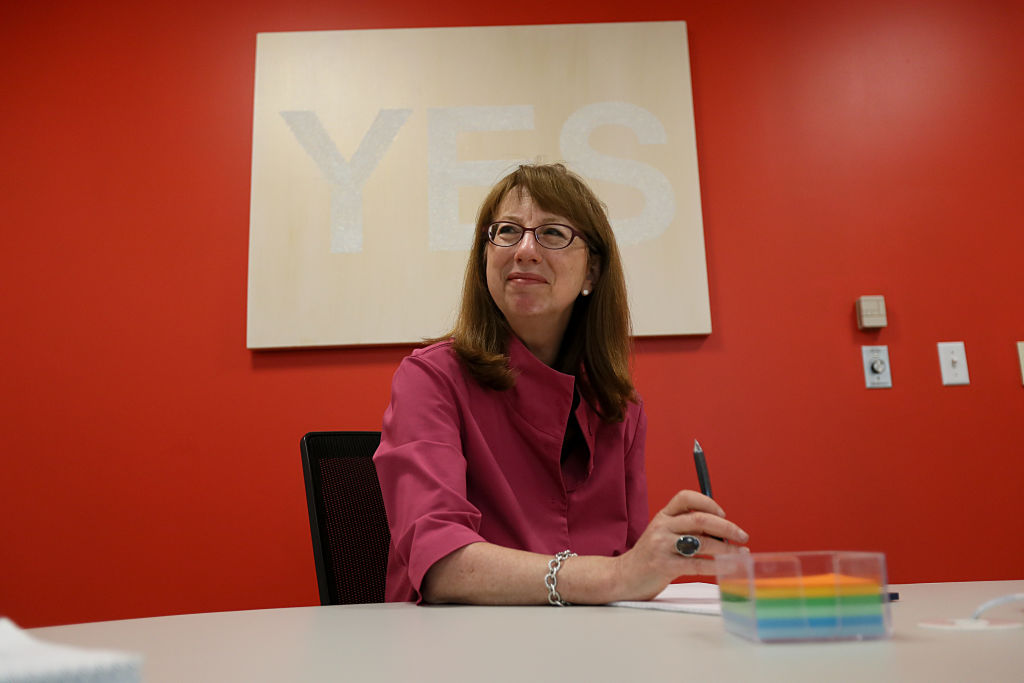 FRAMINGHAM, MA – MAY 30: Shira Goodman, former chief executive at Staples, poses for a portrait in Framingham, MA on May 30, 2017 (Photo by Suzanne Kreiter/The Boston Globe via Getty Images)

Shira Goodman has arguably done more for online shopping in the U.S. than anyone not named Bezos. She didn’t found Staples, but she did start and scale its “delivery business,” as she humbly calls it, to the point where it became the fourth largest e-commerce company in the U.S.

At a time when more nimble startups were disrupting big-box retailers, Shira did what few of her contemporaries could do — rapidly shifted a multi-billion-dollar legacy company in an ancient industry into the future, and eventually became CEO of the entire enterprise. She did this while also raising three children and supporting her husband when he decided to change careers and go to Rabbinical school. Sitcoms have been premised on less, and since two versions of “The Office” have captivated audiences, perhaps it’s time to provide the perspective from the CEO of Dunder-Mifflin HQ? 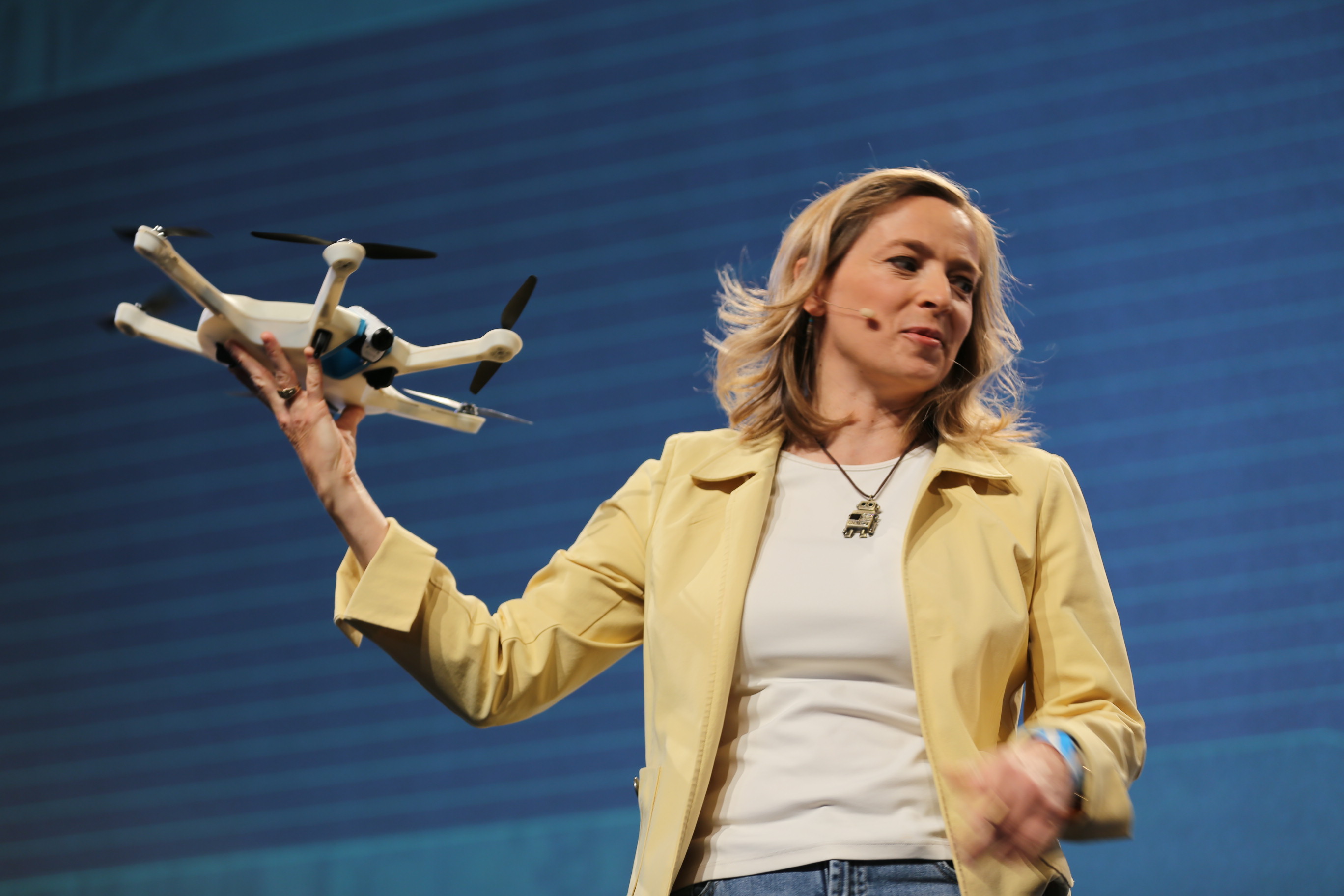 From C. A. Rotwang in “Metropolis” to Tony Stark in the Marvel movies, there have been plenty of cinematic explorations of robot builders, but the story of iRobot co-founder Helen Greiner might be more interesting than anything yet committed to celluloid. As a recent grad from MIT, Greiner spent a substantial chunk of the 1990s applying her mechanical genius to everything from a mechatronic dinosaur for Disney to a store cleaning robot with the potential for mass destruction for SC Johnson.

Far from an ivory-tower academic, Grenier helped the government deploy search and rescue efforts at Ground Zero after 9/11 and cave-clearing ‘bots in Afghanistan, and the bomb-disposing Packbot she developed has saved the lives of thousands of service members. Grenier, at age 38, took her company public and made the Jetson’s vision of a robot housekeeper a reality in the form of the Roomba. 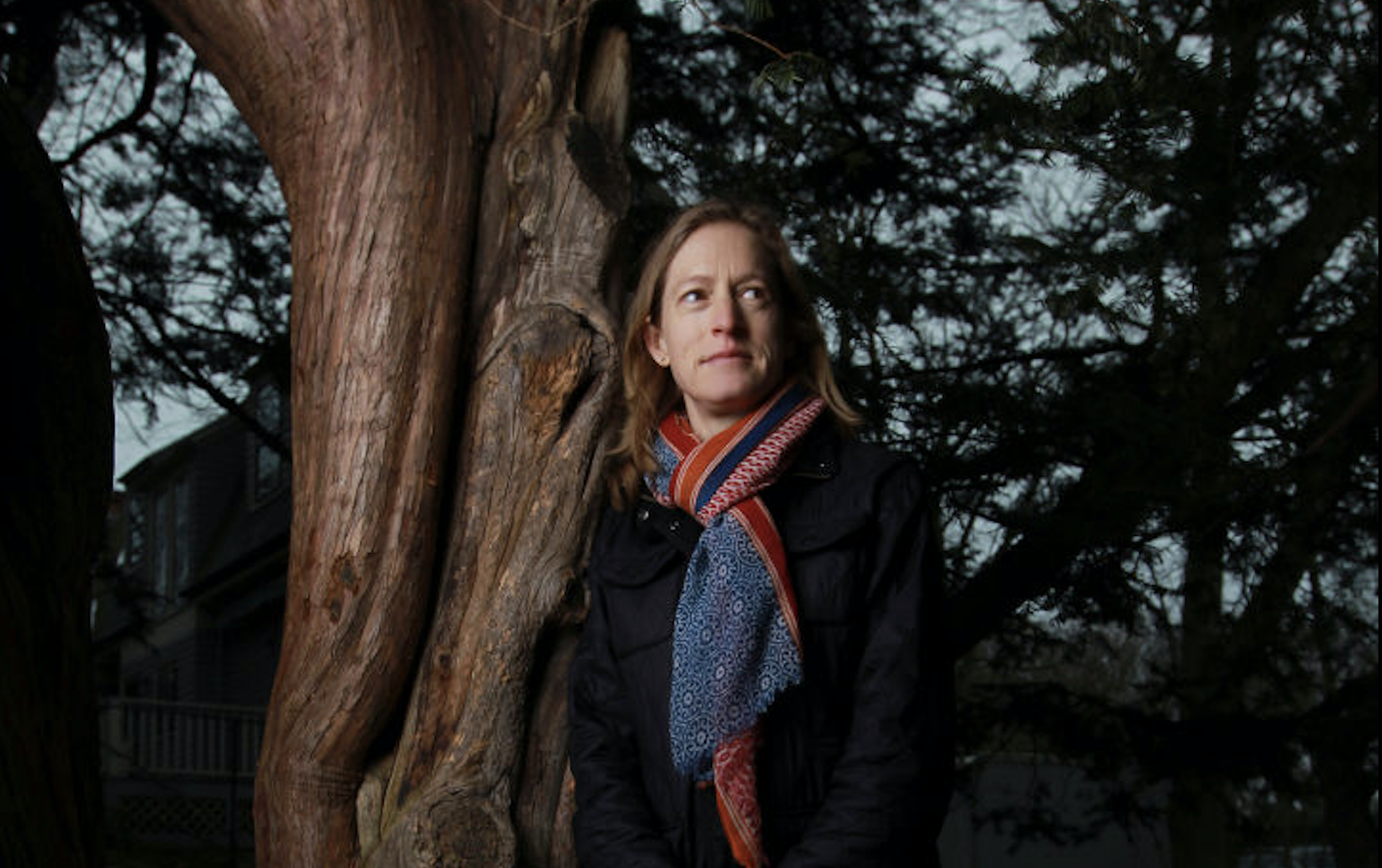 While the original startup bros were inflating the tech bubble in the late 1990s, Kelsey Wirth was pioneering 3D printing, which at the time was as fantastical as anything Theranos promised. Wirth’s story as the co-founder of Align Technology is especially compelling in the way it shares some surface similarities with Holmes’ narrative. Prominent skeptics of Invisalign cast doubts on the company in its early days, noting that the startup’s PR had outstripped its clinical validation. Wirth had to solve seemingly intractable technical challenges, including scanning misaligned incisors, developing algorithms to overcome underbites, pioneering new manufacturing process, convincing the FDA to clear the product and then selling it across the country — armed only with an English lit degree and an MBA. Despite the long odds of curing crossbites with software, Wirth started what has become a publicly traded business that is currently worth more than 20 billion dollars.

Most of these founders faced setbacks, including external obstacles and those of their own making. There were layoffs, bad deals and few of these stories had perfectly happy endings. Still, while a contemporary startup can earn plaudits for simply repackaging CBD and pushing it on Facebook, these entrepreneurs demonstrated a level of ambition rarely seen among modern upstarts.

The sensational focus on Elizabeth Holmes’ misdeeds steal focus from a group of landmark female entrepreneurs and waste a tremendous opportunity to inspire the next generation with heroic tales instead of fables of fabrication. None of these accounts have the black and white morality of the Theranos debacle, but these founders cleared hurdles both scientific and social. They flipped the script and made history; surely Hollywood can find some drama in that.

Thanks to Parul Singh, Elizabeth Condon and Alyssa Rosenzweig for reviewing drafts of this post.