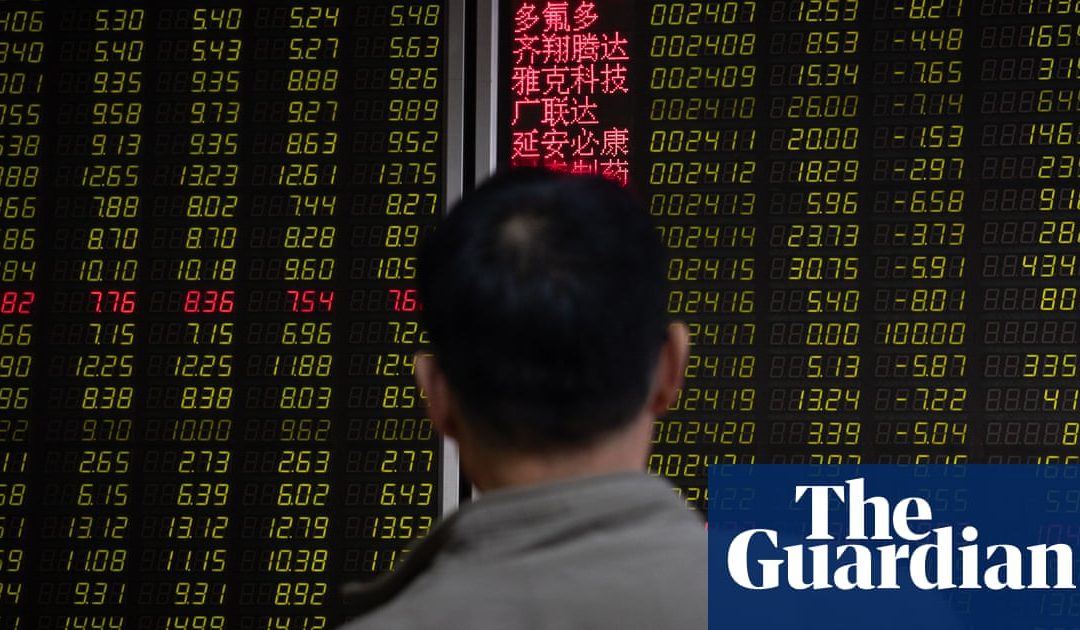 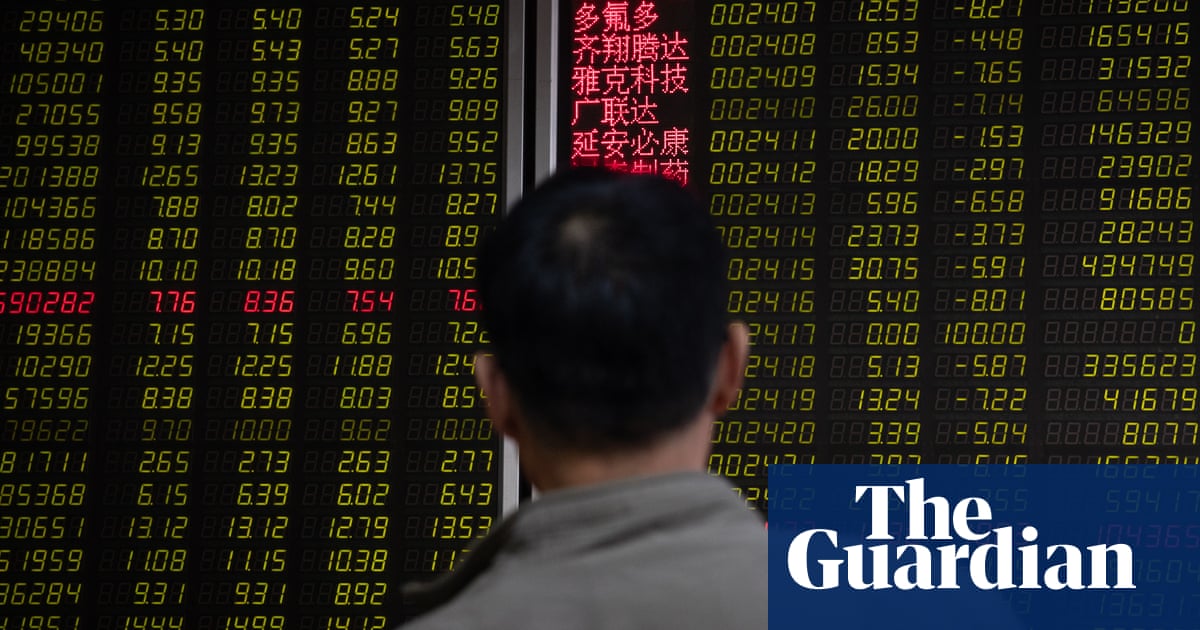 Global financial markets have been sent into a tailspin after Donald Trump risked jeopardising delicate trade talks with China by unexpectedly saying he would raise tariffs further on Chinese goods this week.

Stocks in China fell almost 6% on Monday morning as investors in Asia Pacific were caught off guard by the US presidents tweets and the alarm intensified as reports indicated that the government in Beijing might pull out of this weeks scheduled talks.

Although markets are closed in Japan and London on Monday, futures trading indicated that Wall Street would fall 2% when trading opens later on Monday. Oil prices a benchmark for global trade also plunged and the Chinese yuan tumbled.

Traders feared that Trumps threat to raise tariffs on $200bn of Chinese goods to 25% on Friday from 10% and then target a further $325bn of Chinese goods could destabilise global financial markets that had been boosted by what appeared to be encouraging progress in the negotiations.

I think this has got the potential to be a real game-changer, said Nick Twidale, Sydney-based analyst at Rakuten Securities Australia.

There is still a question of whether this is one of the famous Trump negotiation tactic, or are we really going to see some drastic increase in tariffs. If its the latter well see massive downside pressure across all markets, he said.

Trumps remarks contradicted weeks of optimism about the talks, frequently expressed by the president himself.

But the Wall Street Journal reported on Monday that China was considering cancelling trade talks scheduled for this week following Trumps threats.

In China, the editor of an influential, state-run newspaper said vice premier Liu He was unlikely to go to Washington for scheduled talks this week.

I think [Liu] will very unlikely go to the US this week. Let Trump raise tariffs. Lets see when trade talks can resume, Hu Xijin, editor-in-chief of the tabloid the Global Times, tweeted.

However, the South China Morning Post reported that it was possible Liu would still travel but that his trip could be delayed by three days, citing an unnamed source.

He said the focus of investors was now on whether Liu went ahead with his US visit.

If the visit if formally cancelled, then Trump simply has to hike tariffs on the $200bn of goods to 25%, he said, a move that would exacerbate tightening of global financial conditions. He believed the move would unwind much of the goodwill seen in markets of late and [traders will] ask what now for the global economy?.

The huge drop in Chinese shares follows a three-day national holiday and came despite a move on Monday by Chinas central bank to cut reserve requirements for smaller banks to help boost lending to small and private firms.

In Sydney the benchmark ASX200 was off 0.8% while the Australian dollar a proxy trade for the Chinese economy and commodities fell 0.5%, dropping below the the key US70c mark to US69.88c. In Hong Kong, the Hang Seng index was 3.4% worse off.

Japanese financial markets remain closed until Tuesday for a national holiday, but Nikkei 225 futures dropped 2.4% to 21,955. In London, which is also closed for a bank holiday on Monday, futures were down 1%.