The caliphate is gone, but Islamic State has a new plan | Nicolas Hnin 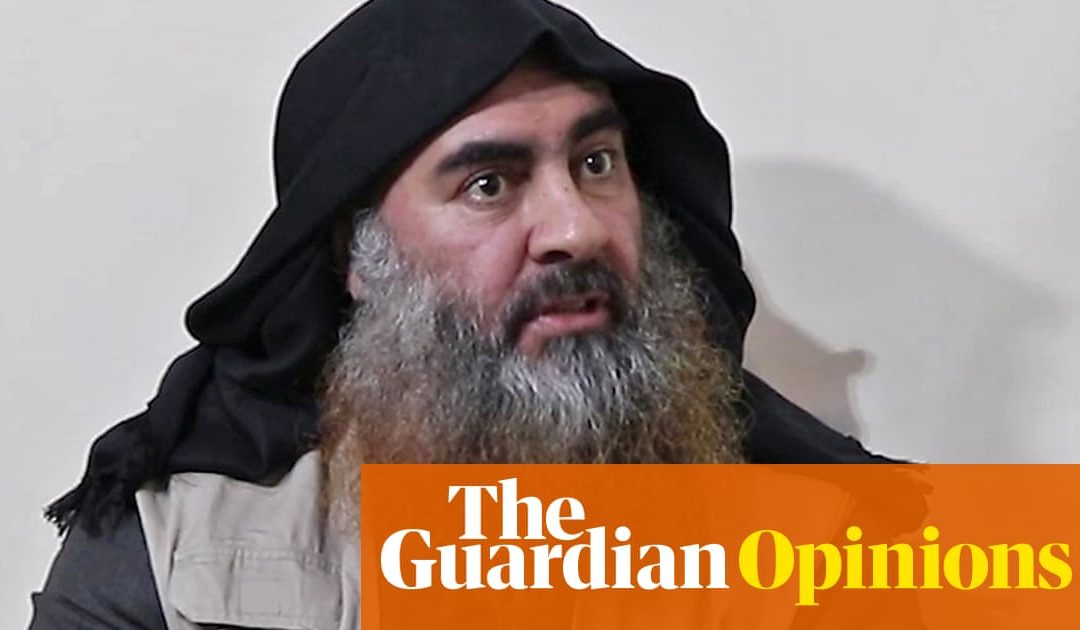 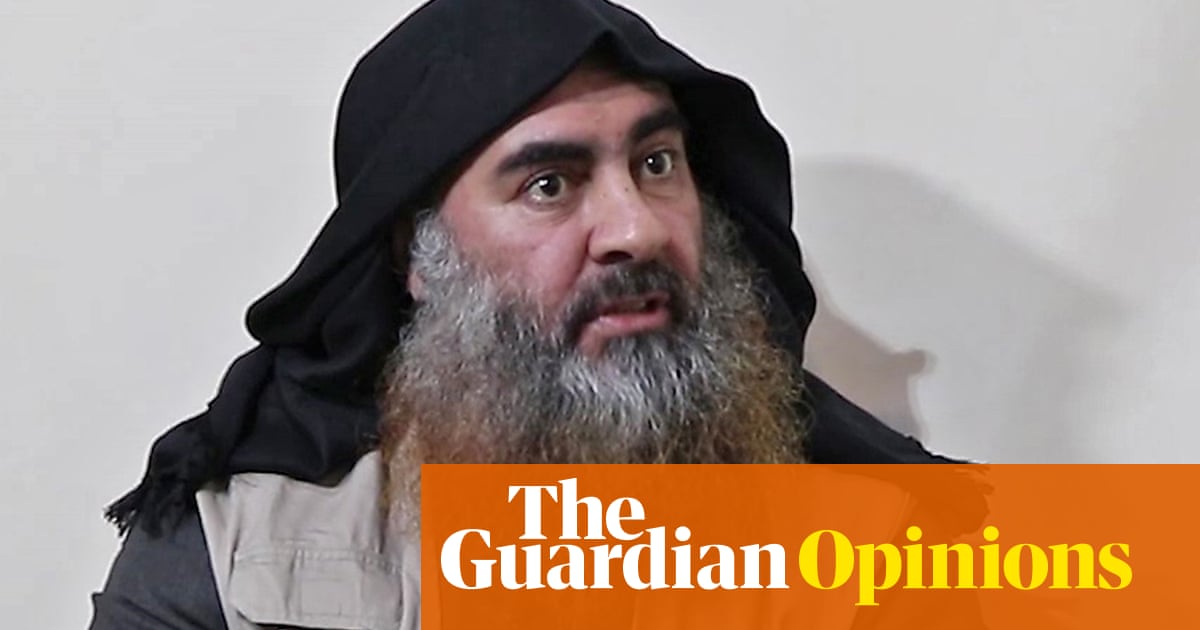 Four years after his proclamation of the caliphate, Islamic State leader Abu Bakr al-Baghdadi has again appeared in a propaganda video. This time, the man in the film is not the caliph preaching from his pulpit, but a hunted fugitive. Commentators were quick to recall how much the latest images evoked the last known pictures of the then al-Qaida second-in-command, Abu Musab al-Zarqawi, a few weeks before his death, sitting on cushions on the floor in a windowless room with pale neon lights, a weapon at hand. This new video is a sober production even its soundtrack, with its minimalist singing backdrop, lacks bombast.

Baghdadi lives in a tiny security bubble, full of supporters whose loyalty he cant be sure of. He is like an animal on the run in a hostile environment, living in fear that someone will take the bait the $25m (19m) reward promised by the United States for his capture. He spends a lot of his time, energy and resources making sure of his own safety. Broadcasting the latest video, even if it provides little clue as to his whereabouts, or the identity of those around him, is a risk he has been forced to take.

He desperately needed to mobilise his troops, given that the Isis all-out military strategy alienated large parts of the jihadist movement, contributed to the collapse of the so-called caliphate and to Baghdadi being challenged by his own supporters. This video did not engage in the theological quarrels and controversies that have torn Isis apart in recent years.

If the first video of Baghdadi showed him as the all-powerful preacher for Muslims worldwide, the latest is little more than proof of life as if it were he that was an Isis hostage. But beyond that (and few believed the mostly Russian rumours that he was already dead), the film is significant. It has a rarity value, and it also offers other clues. Last months terror attacks in Sri Lanka, while claimed by Isis, were not organised by the movement but simply committed in its name, with only a loose link to its central command. Would Baghdadi have filmed this video from 10 to 19 April, as estimated by intelligence services, if he had known or even imagined that his organisation would succeed in perpetrating the most deadly attack outside the region on 21 April? Sri Lanka is only mentioned in an audio segment added after the video was filmed.

This confirms the apparent loss of the organisations ability to plot and command major attacks. Sadly, its ability to inspire atrocities, provide guidance, finance and technology, and more importantly its brand, remains undiminished. MI5 recently estimated that 80% of the terrorist plots in the UK last year involved individuals who had no contact with the central command in Syria or Iraq.

The paradox of the defeat of the caliphate is that as it has collapsed, the transformation of Isis into a global brand has been barely affected. Now that it has lost its territory, Isis is turning more than ever to the rest of the world. The video sought to emphasise the international nature of the struggle, the foreign fighters who have died during the collapse of the caliphate. Winning is no longer paramount. Baghdadi reminds us in his latest video: Allah ordered us to lead the jihad, not to win. With the fall of the caliphate, the west clearly won a battle. A decisive one. But we did not win the war.

Isis remains alive in peoples minds. Its propaganda production, which had been severely diminished by losses in Mosul and then Raqqa, is on the rise again. Its actions in different provinces, under the banner of a global operation, revenge for al-Sham, are starting to cost an increasing number of lives. The recent protests in the Arab world, with the fall of dictators in Algeria and Sudan, will be decisive for Islamic States future: it was a movement born from the collapse of Saddam Husseins regime in 2003 and resurrected in the 2011 Arab spring. Baghdadi has expressed his disapproval of these latest popular uprisings. The jihadist movement is sure to attempt to hijack these revolutions, as it did in 2011.

It is vital, now that the territorial utopia upon which Isis was built has faded, to document the effect this had on the people of Syria and Iraq, those upon whom this totalitarian project fell. Isis knows this. That is why recent videos have called on people to continue the fight in hiding. Isis needs to maintain a longing for its caliphate, even as it has fallen. We must tackle this head on. The next generation, from Sinai to Somalia, from Mali to the Philippines, cannot be influenced by this fanatical nostalgia trip and end up falling back into Isiss trap.

Nicolas Hnin is the author of Jihad Academy: The Rise of Islamic State. He spent 10 months as an Isis hostage