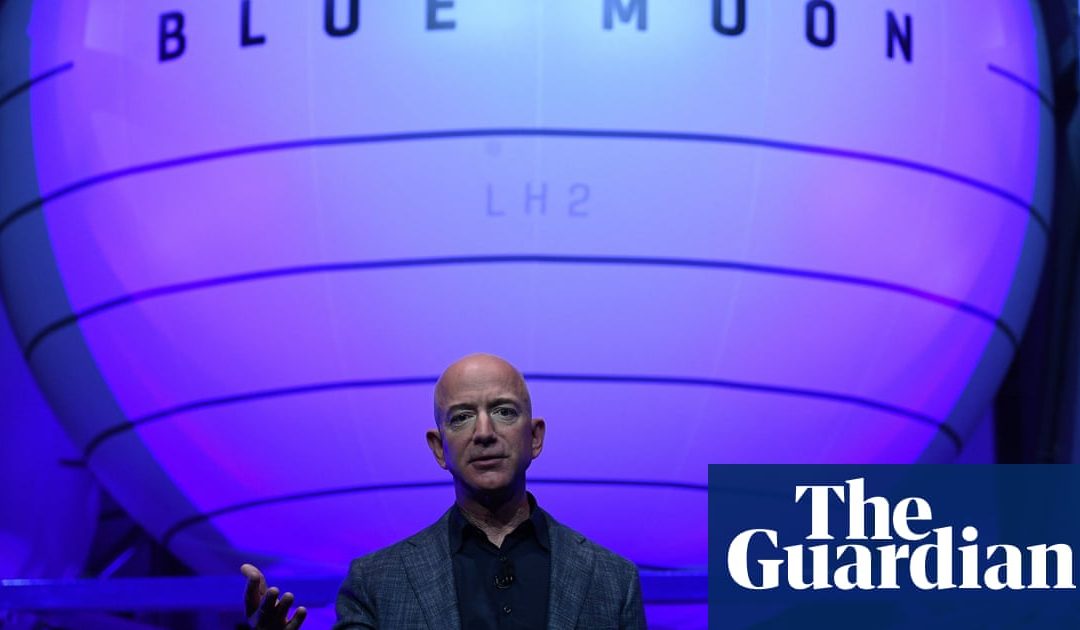 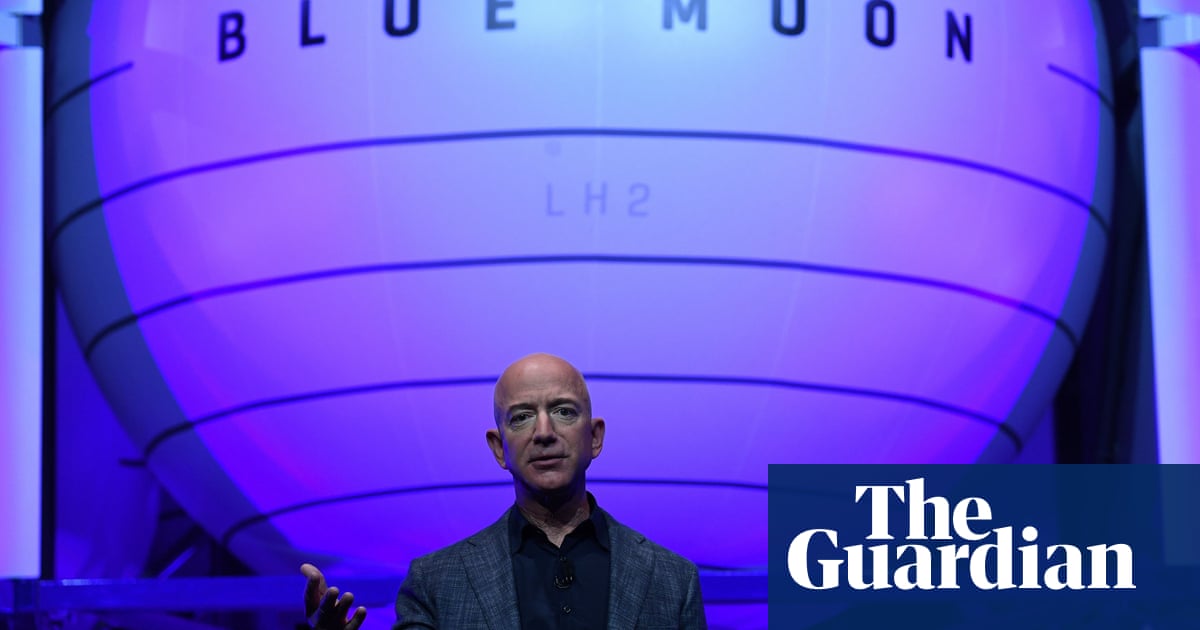 The tech billionaires space race is heating up.

Jeff Bezoss aerospace company, Blue Origin, aims to take people to the moon by 2024, he announced on Thursday.

The company owned by the billionaire Amazon executive has been pushing to establish a lunar base for humans within the next five years.

On Thursday, it made that goal public with the announcement of its new Blue Moon lander, an unmanned aircraft that can carry up to 6.5 metric tons for deposit on the moon, allowing it to lay the framework for future human missions. The company has been developing the technology for three years, Bezos said.

During his hour-long presentation at Washington DCs convention center, Bezos waved his arm and a black drape behind him dropped to reveal the two-story-tall unmanned lander mockup, which he said can deploy up to four smaller rovers and shoot out satellites to orbit the moon.

We have been given a gift this nearby body called the moon, Bezos said, listing factors that make the moon a good target for space travel, including its proximity to earth, low gravity and ice content.

In March, the vice-president, Mike Pence, called on Nasa to build a space platform in lunar orbit and put American astronauts on the moons south pole by 2024 by any means necessary, four years earlier than previously planned.

I love this, Bezos said of Pences timeline. We can help meet that timeline but only because we started three years ago. Its time to go back to the moon, this time to stay.

Blue Origin touted the announcement as a chance to share our vision of going to space to benefit Earth.