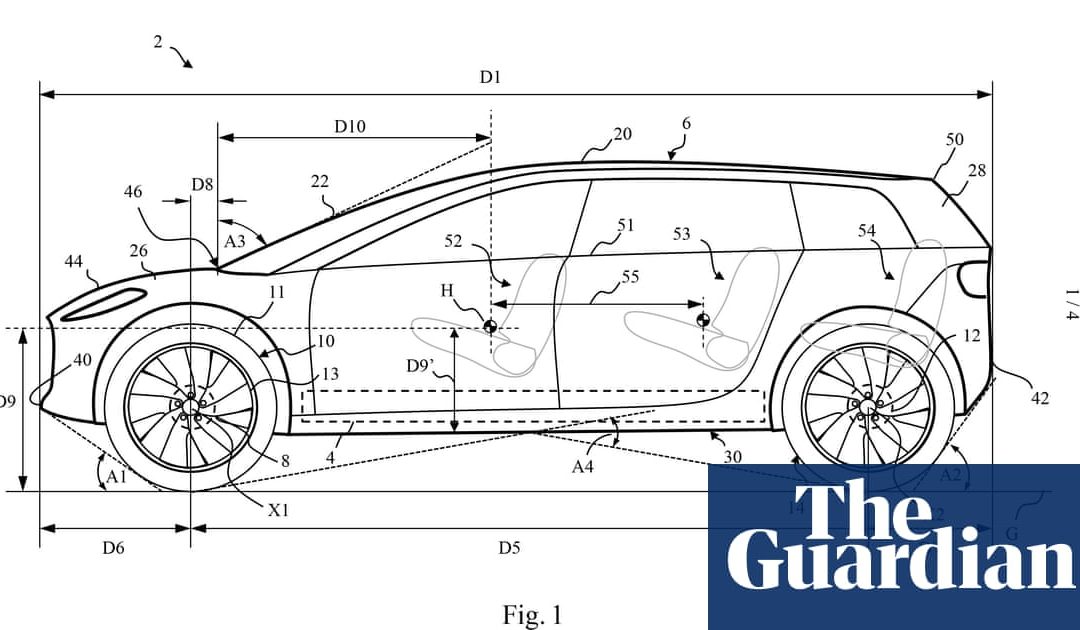 Innovative vehicle, which is being designed in England, is due to go on sale in 2021 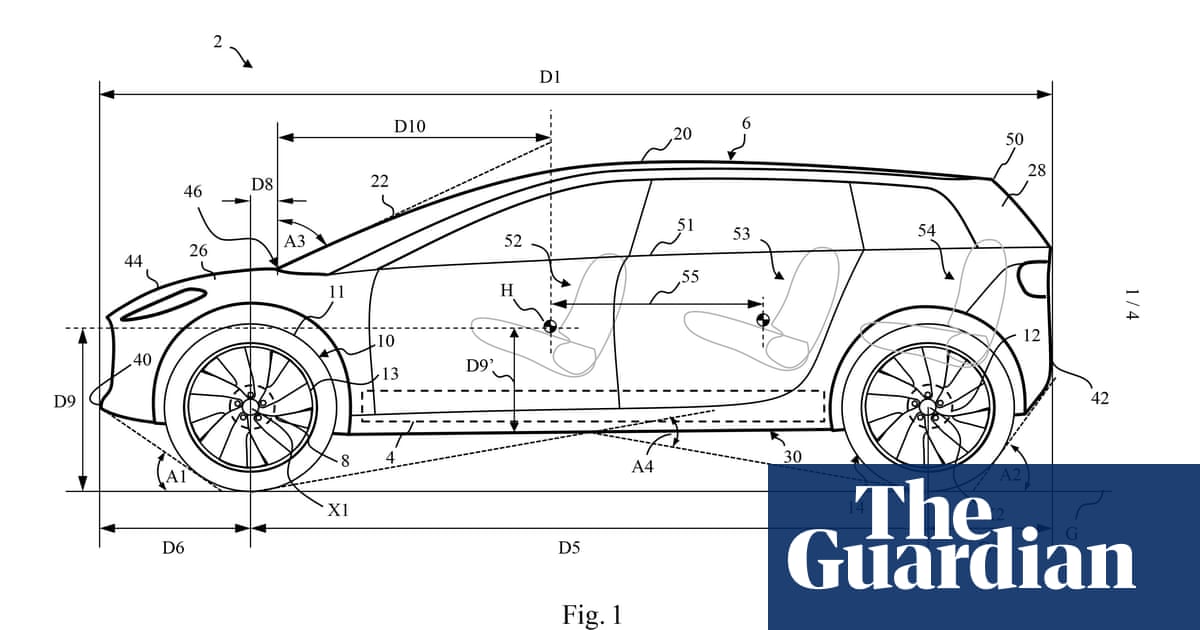 The first drafts of Dysons closely guarded electric car designs have emerged, showing a vehicle with unusual proportions that could be used off-road.

The patent filings are the first clue to what the radically different car pledged by the British inventor Sir James Dyson might look like.

Dyson said the patents were deliberately light on specifics, but revealed some of the ways in which the company was trying to improve on current electric vehicles in its 2.5bn development project.

The cars very large and narrow wheels could allow for increased range and efficiency, according to Dyson, essential for battery-powered vehicles. The wheels would be kept as close to the front and back of the vehicle as possible to make the car highly manoeuvrable and improving handling on rough terrain.

Despite the high ground clearance, the vehicles overall height would be lower than most SUVs, and a larger, thinner battery pack than rivals would help give more space inside. The driver would sit lower in the cabin, with a shallow-angled windscreen improving aerodynamics. The patents were filed 18 months ago but only published this week.

The cars are expected to launch in 2021, a year behind the original date.

Dyson, whose fortune was built on revolutionising the traditional vacuum cleaner design, has so far indicated the car would be a premium vehicle, implying a price tag in the range of a Tesla, which costs 38,000 for a Model 3 or about 70,000 for a Model S. The designs underscore that the new car will also need bespoke parts such as tyres.

Dyson has said the vehicle will go on sale in a limited number of countries at first, with China likely to be a frontrunner, and would be entirely designed by Dyson, manufactured by Dyson and sold by Dyson. The car would build on Dyson technology used in its other products, such as its own motor and battery types.

The billionaire, who was an outspoken supporter of Brexit, provoked anger by announcing last year that the car would be manufactured in Singapore rather than Britain. The company is about to start construction work on its new plant in Singapore, because Dyson believes there is a bigger market for electric vehicles in Asia.

However, he maintains the car is a British project, with the design, engineering and testing of prototypes being carried out at Hullavington airfield, where hangars have been converted to house the project.

In an email sent to more than 500 staff working on the vehicle, Dyson stressed the need to keep the details of his new product secret. However, he said patents were needed as the car would include fundamentally new technologies and make some inventive leaps. But he also cautioned that we do not always use patents or make products based on patents that we have filed.

He said competitors had missed opportunities by adapting electric vehicles from existing formats, but Dysons was a vehicle which has been developed from the bottom up.

The British government has pledged to ban fossil fuel vehicles by 2040, in response to climate change targets and air pollution concerns.

Dyson has urged the prime minister, Theresa May, to bring forward the date of the ban by a decade to 2030, describing the existing target as madness. He told the Financial Times he believed the electric car market had been underestimated, adding: I believe its driven not so much by subsidies as by genuine desire of the public to have silent and non-polluting vehicles.