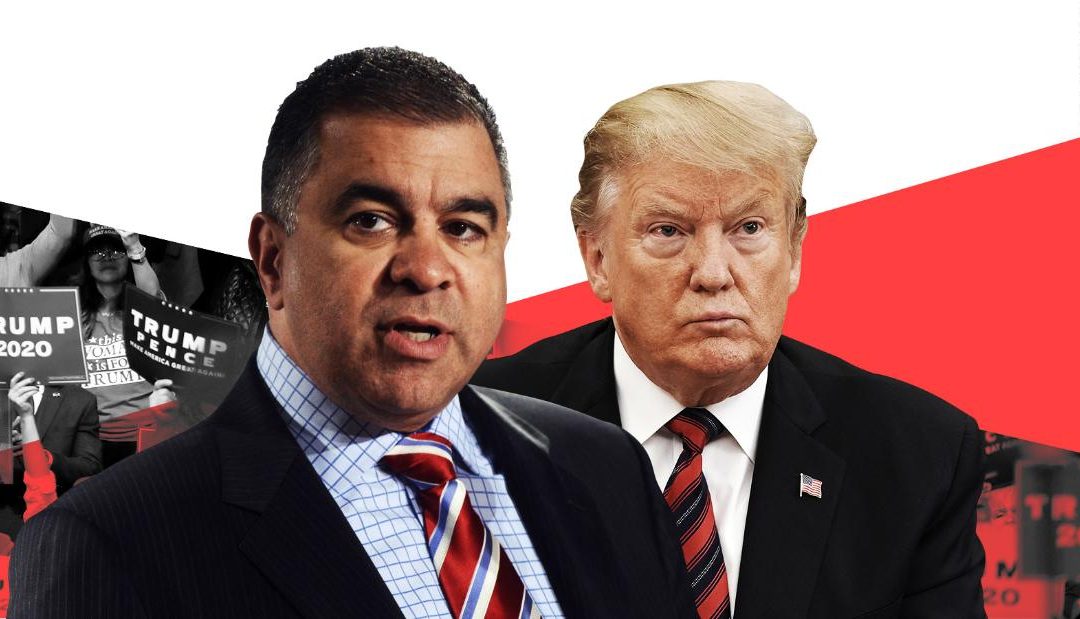 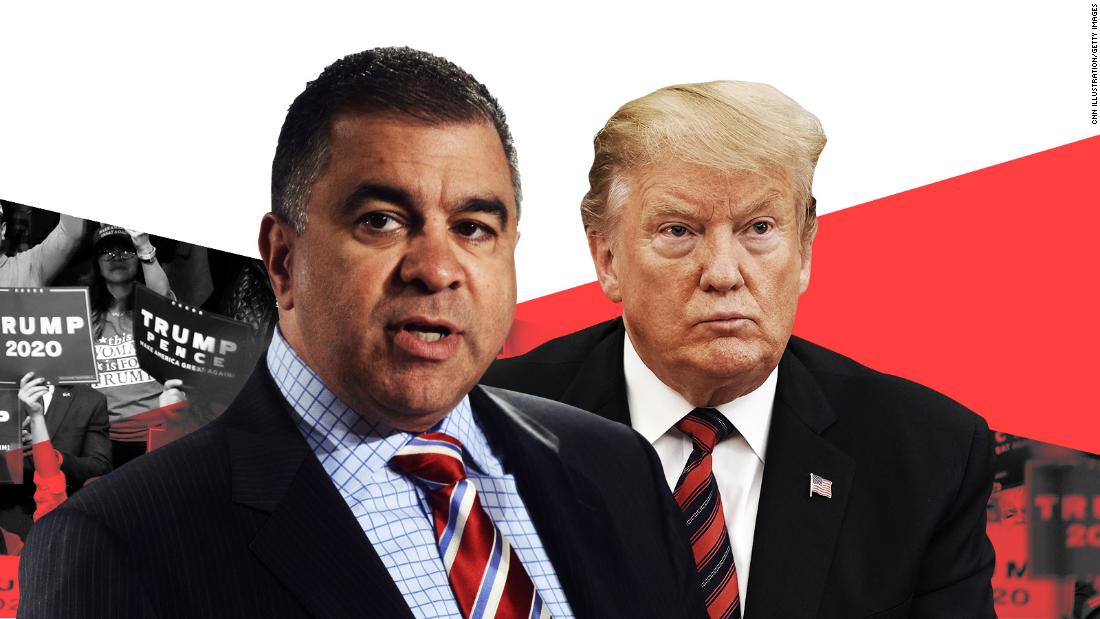 Washington (CNN)The blistering rebuke this week from President Donald Trump’s campaign marks the latest twist in the career and life of David Bossie, a conservative strategist who operated largely outside the Republican Party’s establishment in recent years until Trump’s rise brought him and his tactics into the GOP’s inner fold.

Now, his standing in the President’s orbit and Republican Party circles is uncertain after a “livid” Trump directed his reelection campaign to issue a stinging statement that implicitly condemned a political organization run by Bossie. 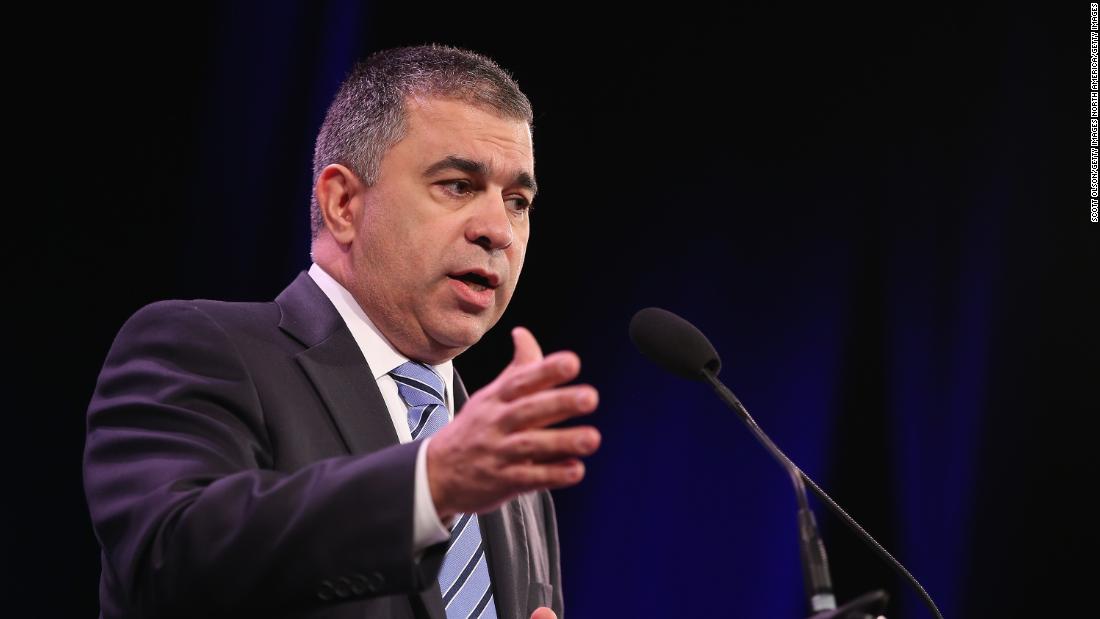 The group, called the Presidential Coalition, has no affiliation to Trump but used his name to raise millions of dollars — only a small fraction of which went to help candidates, according to an analysis by the Campaign Legal Center and Axios. A big share of the group’s spending went to fundraising and administrative costs, including apparently to purchase books authored by Bossie that the group offered to contributors.
“There is no excuse for any group, including ones run by people who claim to be part of our ‘coalition’ to suggest they directly support President Trump’s reelection or any other candidates, when in fact their actions show they are interested in filling their own pocket,” the Trump campaign said in a statement.
In an interview with Politico on Friday afternoon, Trump offered milder criticism, saying he “would be disappointed in David if he did that.”
He later added, “I would be disappointed if everything wasn’t on the up and up.”
Bossie could face more scrutiny.
In its statement, the campaign also said it “encouraged the appropriate authorities to investigate all alleged scam groups for potential illegal activities.”
Bossie did not respond to interview requests this week from CNN, but he slammed the Axios report as “fake news brought to you by a collaboration of the biased liberal media and unabashed left-wing activists.” And in a statement Friday to Politico, he said he has “scrupulously complied with every campaign law and regulation that exists. The accusations are false and personally offensive to me.”
Earlier in the week, Bossie joined other Republicans, including Lewandowski, on stage at an investment conference in Las Vegas overseen by Anthony Scaramucci, who briefly served as White House communications director.
Bossie made no mention of the controversy during the panel discussion, entitled: “Decoding Trump: The Future of the GOP,” but praised the President as a “change agent.”
“I hope that the outside groups are going to come into play in a big way,” he said when asked about the role of third-party organizations in the 2020 election. “The President needs as much support as he can get.” 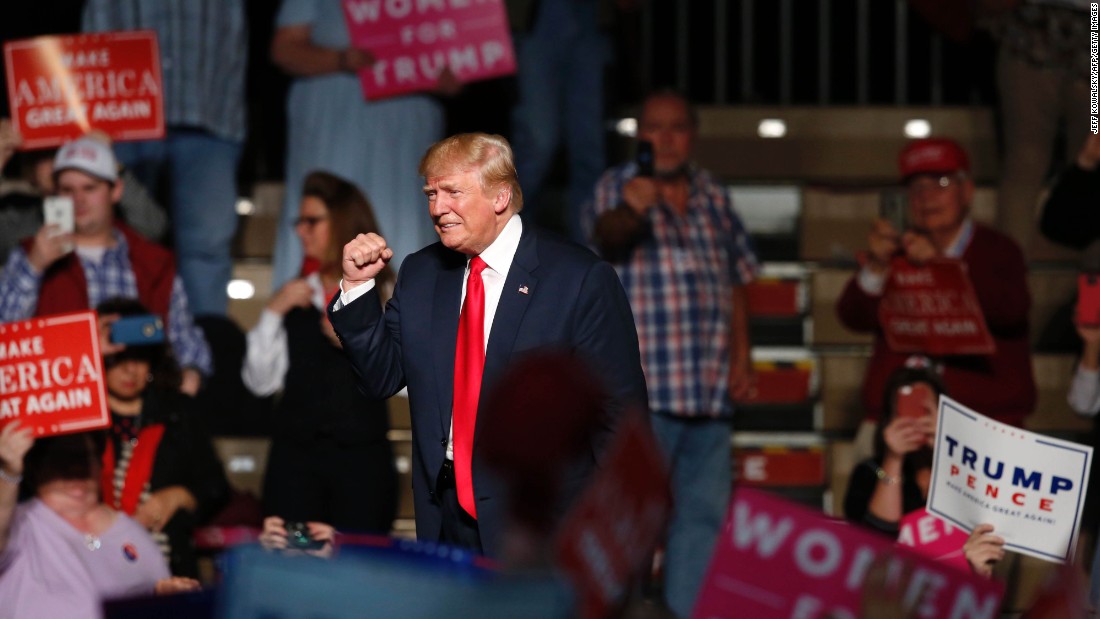 Bossie emerged on the national political scene in the 1990s, first as a researcher — digging into Whitewater, the real-estate investments of Bill and Hillary Clinton in Arkansas — and later as the hard-driving top investigator for the House Committee on Oversight and Government Reform. At the time, House Republicans were probing the Democratic Party’s fundraising practices.
In a 1997 profile in The Baltimore Sun, a Republican state lawmaker described Bossie “as a very aggressive guy” who “not only loves to find the smoking gun; Dave loves to wave it around.”
But Bossie was forced to resign from the committee 18 months into his tenure, following bipartisan criticism of his practices. He had released selectively edited tapes of prison conversations with Webster Hubbell, a Clinton friend and former Justice Department official.
Bossie, however, was best known before joining Trump’s campaign as head of Citizens United, a conservative advocacy group.
His attempt to distribute the group’s 2007 scathing documentary about Hillary Clinton gave rise to the Supreme Court’s 2010 landmark Citizens United ruling that swept aside decades-old restrictions on corporate spending in candidate elections and helped usher in a new era of big money in American politics.
By the time Bossie met Trump, “his head was practically an encyclopedia of Clinton scandals,” Bossie and Lewandowski wrote in their 2017 book, “Let Trump Be Trump: The Inside Story of His Rise to the Presidency.” 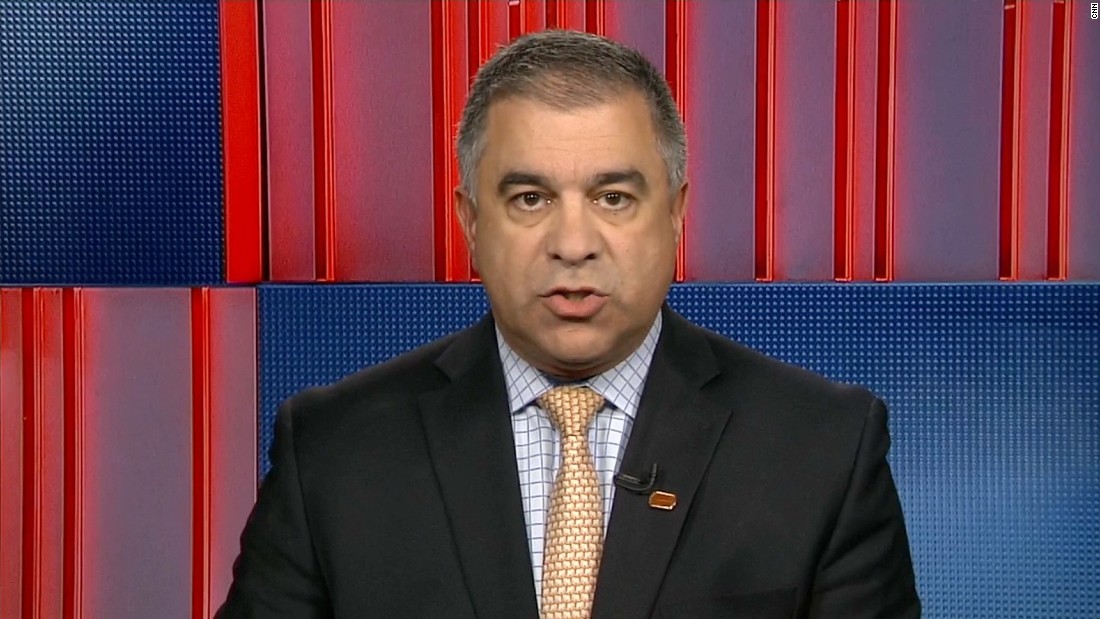 In the book, Bossie recounts his long history with Trump.
The two first met in 2010 through casino mogul Steve Wynn as part of a fundraiser Bossie helped organize for the Children’s National Medical Center in Washington. Bossie’s son had undergone multiple brain and heart surgeries at the hospital, and Trump agree to donate to the cause.
The two stayed in touch over the years with Bossie providing Trump with political advice in 2012 as the real-estate mogul weighed a presidential bid.
He later advised Trump on hires for the 2016 campaign, including introducing Lewandowski to Trump and recommending Don McGahn, who served as the campaign’s top lawyer before joining the administration as White House counsel.
He also introduced Trump to the conservative firebrand Steve Bannon, with whom Bossie had produced several documentary films, including one that traced the rise of women in the Tea Party movement.
As Trump and his brand of politics rose in the Republican Party, so did Bossie.
In 2016, Maryland’s Republican Party elected Bossie as GOP national committeeman, and the father of four led the state’s 76-member contingent to the Republican National Convention in Cleveland that nominated Trump as the party’s standard-bearer.
His ascension, Bossie told USA TODAY in an interview at the time, was a sign that the “establishment is really moving … towards the conservative movement.”
Sheila Krumholz, who tracks money in politics as the head of the nonprofit Center for Responsive Politics, said Bossie never was a “traditional Republican operative.” But, she said, “with regards to the Trump campaign and the Citizens United decision, he was in the right place at the right time for him to maximize his impact.”
Bossie, Bannon and Kellyanne Conway, who became Trump’s campaign manager, all had ties to a duo of influential conservative donors who backed Trump, hedge-fund billionaire Robert Mercer, and his daughter, Rebekah.
When Bossie joined the campaign in September 2016 as Conway’s deputy, Trump praised him as a longtime friend. “Solid. Smart. Loves politics, knows how to win,” Trump told The Washington Post.
In “Let Trump be Trump,” Bossie described himself both as a bridge to establishment RNC officials unsettled by Trump and as a flamethrower who helped engineer Trump’s appearance with three women who had accused Bill Clinton of inappropriate sexual behavior in the past.
Trump’s Facebook Live broadcast with the women came on the eve of a debate with Hillary Clinton and as Trump’s campaign reeled from the fallout over his lewd remarks about women captured on a 2005 “Access Hollywood” tape. 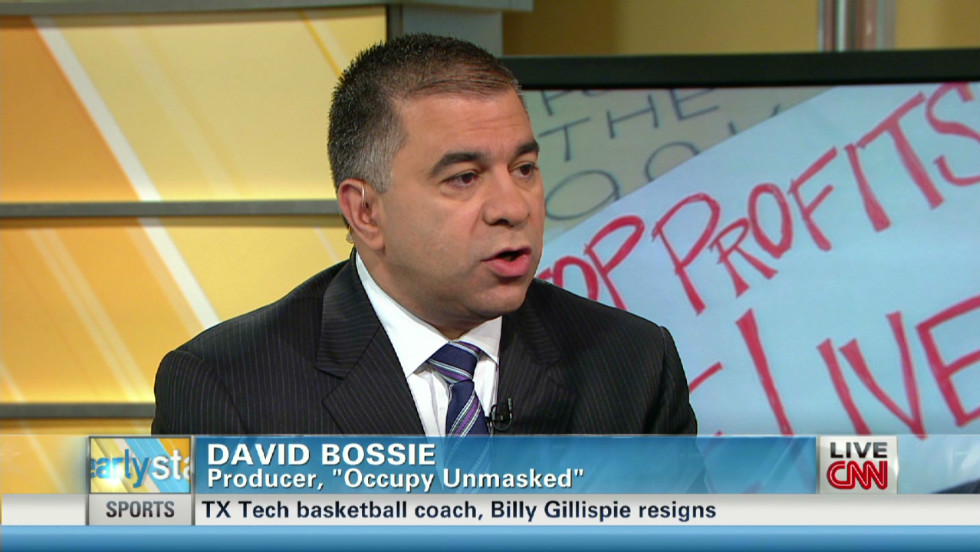 Although the Trump campaign did not name Bossie in its scathing news release, a source close to the campaign told CNN the President was “pissed off” about the revelations related to Bossie’s group.
Of particular concern: That the President’s supporters, some of them elderly, had been tricked into believing they were supporting Trump’s campaign.
The group’s mailers and ads stressed the relationship to Trump, The Campaign Legal Center and Axios found. About two-thirds of the donors in 2017 and 2018 had given less than $200 in a single year, according to the analysis. And of donors identified in IRS records, most were described as retired.
In all, just 3% of the $15.4 million that the Presidential Coalition spent over those two years went to direct political activity, according to the Campaign Legal Center.
In his response to Axios, Bossie maintained that the analysis ignored “legitimate staff, infrastructure and other political activity costs” associated with the group’s work. “It is expensive to raise substantial amounts in small donor contributions,” he said.
Bossie still sits at the helm of Citizens United, the group he has run since 2001. The organization has been part of efforts by Trump’s supporters to unearth Justice Department documents that they say discredited special counsel Robert Mueller’s investigation. He also still serves as Maryland’s GOP national committeeman — one of 168 people who make up the Republican National Committee.
But the campaign’s rebuke of Bossie’s organization came at a crucial juncture for the Trump campaign and the RNC. The President’s allies had gathered party fundraisers in Washington that day for a six-hour meeting to encourage donors to join a new program to bundle money for Trump’s reelection campaign.
Dan Eberhart, a Trump supporter and Republican fundraiser, told CNN this week that he viewed Bossie as “one of a few anchors, providing structure” in Trump’s small and unorthodox presidential campaign in 2016.
Now, he said, “it’s deflating to have a distraction like this when people are working so hard to raise money to help President Trump.”