‘My smart meter is driving me mad’ 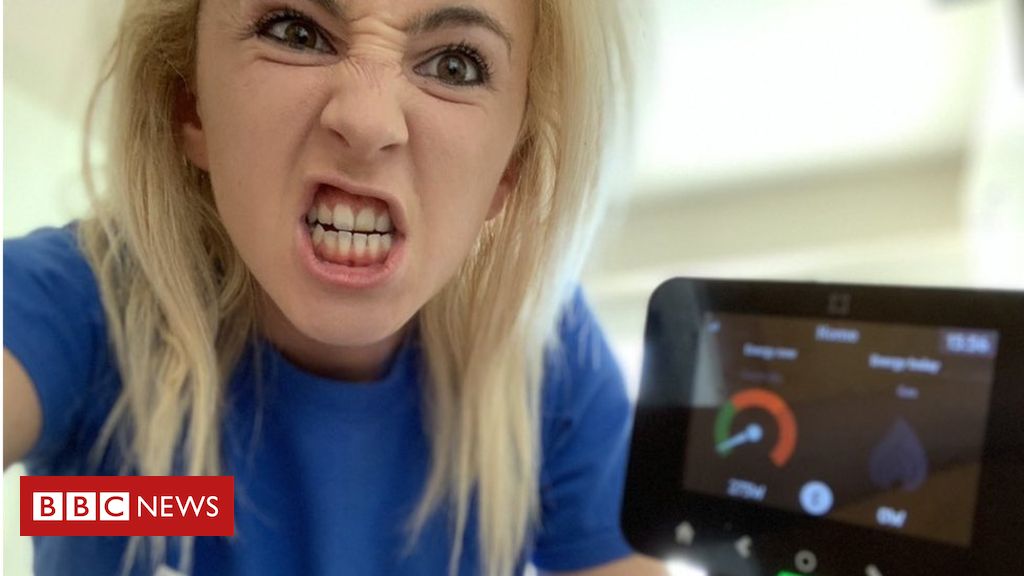 Energy customers are under a lot of pressure to install a smart meter at the moment.

There are government adverts on TV suggesting they are a small but important step to tackling climate change. Meanwhile, companies are calling customers to ask them to switch, or telling them that the best deals are only available with a smart meter.

That’s what happened to Bryde Town, from Halifax. She says she wasn’t bothered about getting a smart meter. But after a number of calls and letters from her energy company, she agreed.

Things haven’t worked out well. “My smart meter loses connection, the weather seems to affect it, and it beeps all the time and the only way to stop it is to remove the batteries.”

She says it’s driving her round the bend.

Customers have been reporting issues with both the smart box, which normally sits with your fuse box, and the In Home Display which is the visible unit for your house.

Government figures show that until the end of 2018, nearly 15 million smart meters had been installed. But those same figures also show that only 12.5 million were operational.

That leaves 2.3 million smart meters that have been installed but are not functioning.

DCC is the company tasked with the job of making those devices smart again, but they’ve not implemented the technology to make that possible yet. The new generation of smart meters should be able to function with a different supplier, but they are only just beginning to be installed so that scenario hasn’t been tested by large-scale public switching yet.

The company told the BBC: “We’ll be supporting energy suppliers to connect millions of first-generation meters to the central DCC network, bringing consumers the full benefits of smart metering, like the ability to switch supplier without losing smart functionality.”

Plenty of customers are totally unaware that that’s not possible already.

Mark Harris’ story is a common one. He lives at Marlow, Buckinghamshire, and had a smart meter fitted a few months ago.

“I then did what the government urges people to do and changed electricity and gas suppliers to get a better deal. The smart meter doesn’t work with the new suppliers, because it only works with the people who fitted it. How smart is that?”

For some people, such as Andy Bannister, in Wakefield, the smart meter never worked in the first place.

“My supplier was hassling me to get one fitted, but when the installer left he said my gas box wasn’t compatible with a smart meter, and the smart reader in the house wasn’t working yet as it wasn’t connected.”

Nine weeks later Andy is still waiting for his home to be connected.

The £11bn smart-meter roll out is effectively being paid for by customers as energy companies are being charged by the government and they are passing that cost on through energy bills.

Only 30% of the total target for smart meter roll out has been delivered, and the National Audit Office have said that the figure of £11bn which the government are working from underestimates the true cost of rolling out smart meters.

The Department for Business, Energy and Industry Strategy said: “Since 2012, smart meters have helped millions track how much they’re spending on gas and electricity, so they can save money.

“Work to ensure devices stay smart when switching is already under way and will be completed by the end of next year.

“Smart meters which have lost some smart functionality will be prioritised.”