Grumpy Cat dies aged seven: ‘Some days are grumpier than others’ 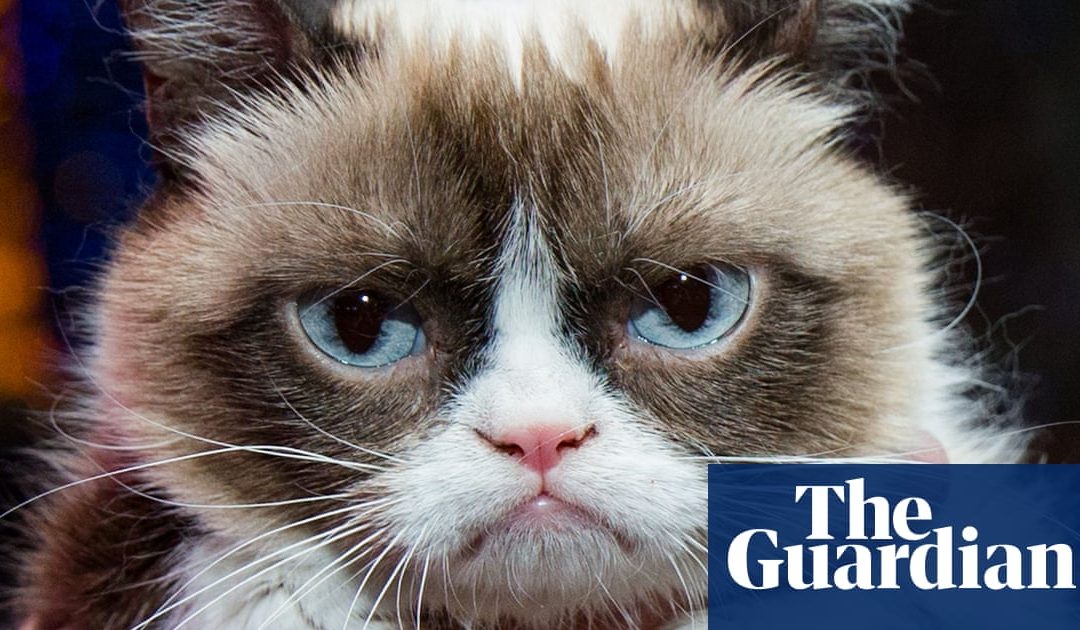 Internets most famous cat, with a face that launched a thousand gifs, has died in Arizona

Grumpy Cat the most famous cat on the internet, whose downturned mouth and unimpressed expression was the universal digital shorthand for displeasure has died.

The seven-year-old cat, real name Tardar Sauce or Tard, became one of the internets first petfluencers after gaining fame online for her perpetually gloomy gaze, launching an empire worth millions. She died in the arms of her owner, Tabatha Bundesen, in Phoenix, Arizona, on Tuesday morning after complications from a urinary tract infection.

News of her passing was shared with her nearly 11m followers on Instagram beneath the caption: Some days are grumpier than others.

Despite care from top professionals, as well as from her very loving family, Grumpy encountered complications from a recent urinary tract infection that unfortunately became too tough for her to overcome.

Besides being our baby and a cherished memory of the family, Grumpy Cat has helped millions of people smile all around the world even when times were tough.

Her spirit will continue to live on through her fans everywhere.

Grumpy Cats manager, Ben Lashes, told the Guardian that Grumpy Cat loved her many fans in the UK.

She was lucky enough to travel there for the unveiling of her Madame Tussauds wax figure, a signing at HMV Oxford, a buyers showcase for Primark, and a private visit to Abbey Road studios. Grumpy will forever be the queen of cats.

Tardar Sauce was born the runt of her litter on 4 April 2012, with a combination of feline dwarfism and an underbite thought to be behind her disgruntled expression. She was launched into internet superstardom when Bundesens brother, visiting from Ohio, put a photo of Grumpy Cat on Reddit that September.

The image of Tard became one of the first reaction gifs, used to communicate apathy or cynicism. There are nearly 40,000 results for Grumpy Cat on the gif aggregator Giphy.com.