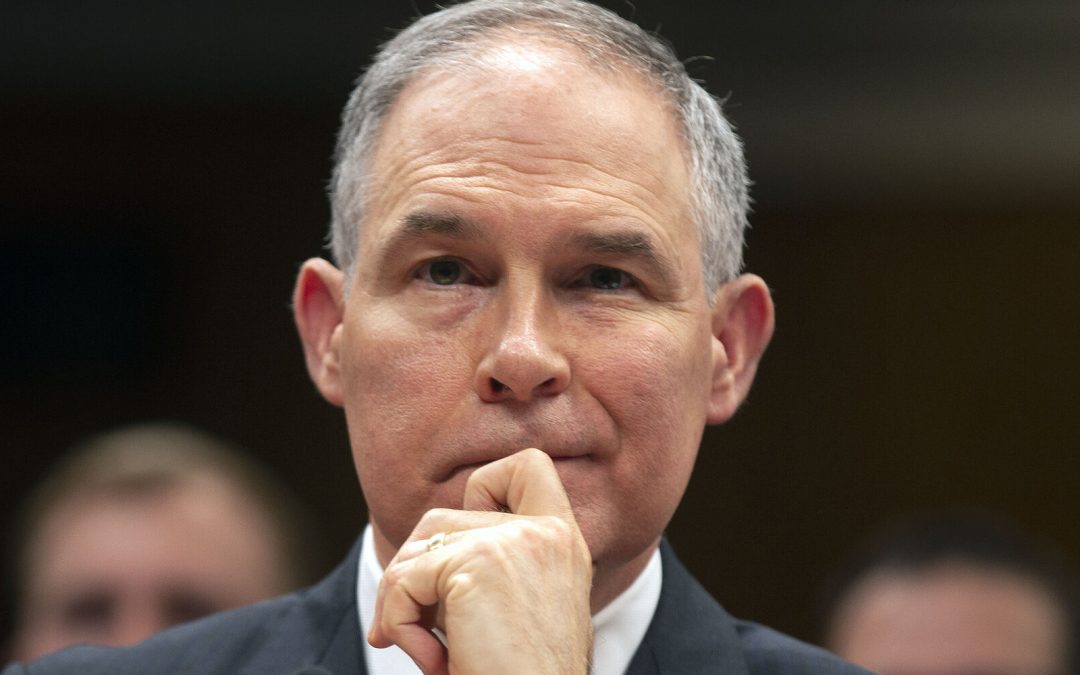 Former Environmental Protection Agency Administrator Scott Pruitt and his staff racked up nearly $124,000 in “excessive” travel costs, according to a lengthy report issued Thursday by the agency’s internal watchdog.

Investigators reviewed 40 trips that Pruitt either took or canceled over a 10-month period in 2017, which they concluded cost taxpayers just shy of $1 million. The report found $123,942 in wasteful spending on dozens of first- and business-class fights for Pruitt and his personal security detail.

“Actions need to be taken to strengthen controls over Administrator travel to help prevent the potential for fraud, waste and abuse,” the EPA’s Office of Inspector General wrote in the 84-page report.

The review concludes that 16 of Pruitt’s 40 trips as EPA chief included stops in his home town of Tulsa, Oklahoma. It also documents the EPA’s “unjustified use of non-contract air carriers” and improper approval of hotel accommodations that cost as much as 150 percent the per diem rate.

“In this most recent report, the OIG found, among other lapses, that funds were spent without sufficient justification on first- and business-class travel for former Administrator Pruitt and his staff,” he said. “If the agency’s internal controls over travel aren’t strengthened, abuses may continue to occur at great cost to EPA programs and taxpayers.”

The EPA’s press office responded to the report by emphasizing that the $123,924 figure is an estimate. It said the agency has “a longstanding delegation to allow staff to approve travel other than coach-class.” The agency added it “believes that the trips were authorized by an appropriate official, making cost recovery inappropriate.”

“The American people already knew that Scott Pruitt’s tenure was a disgrace, and now they have even more evidence ― six figures worth of it,” Sen. Tom Udall (D-N.M.) said in a statement. “Mr. Pruitt’s lavish tastes, and his use of taxpayer money to finance them, have become a punchline. But this isn’t a joke, and the Trump administration should take it seriously and take responsibility.”

Pruitt resigned in July 2018 under a cloud of ethics scandals. He faced at least 18 federal investigations.