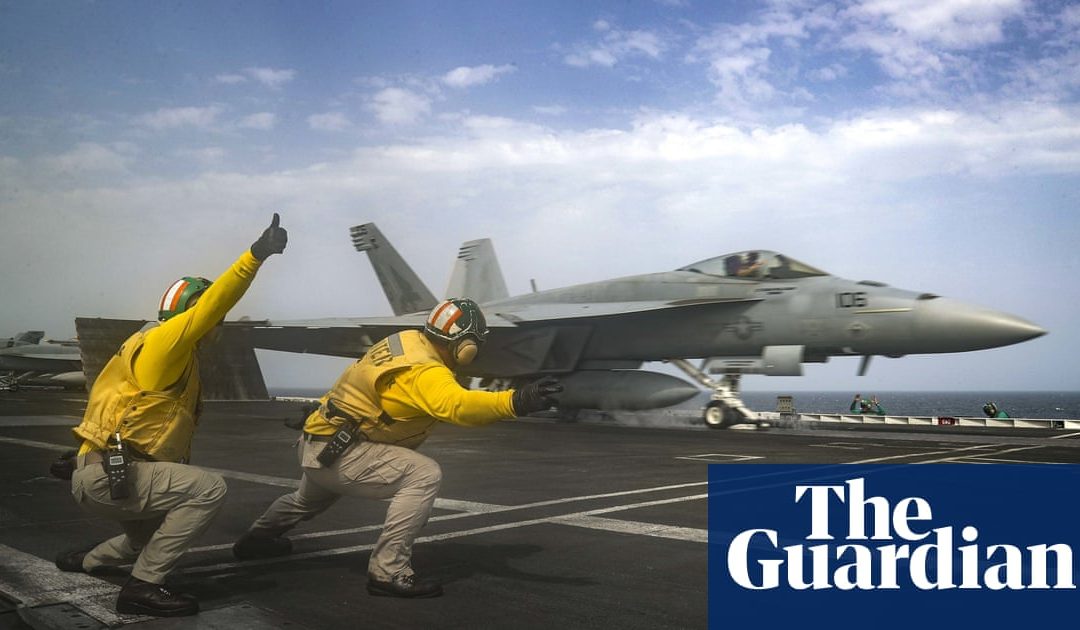 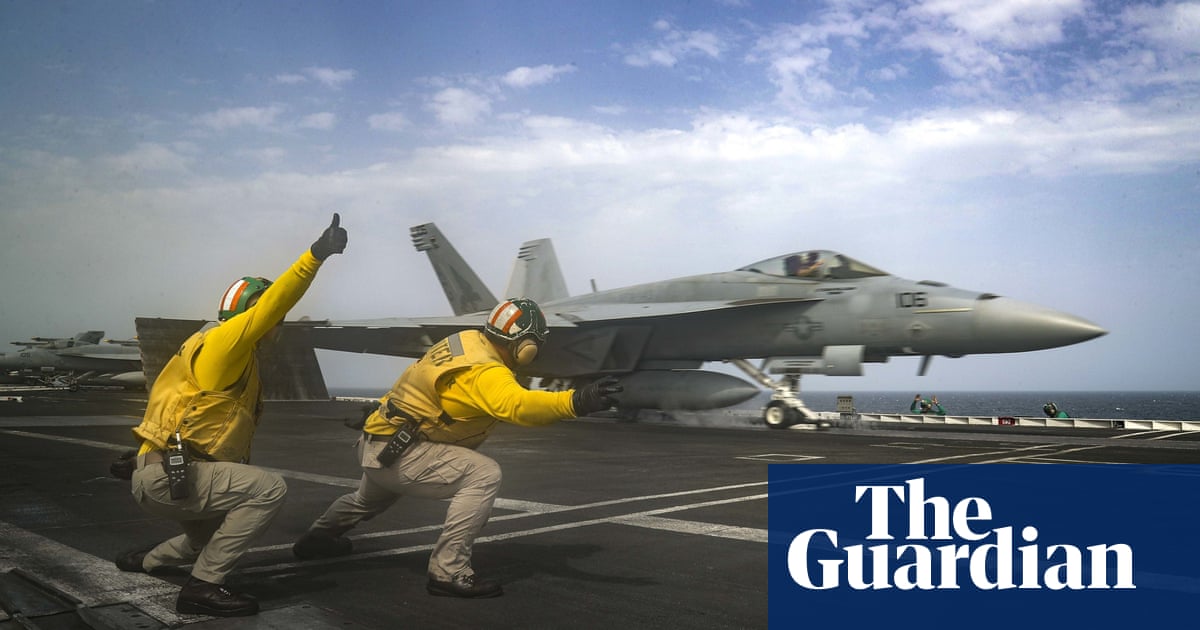 Irans foreign minister said on Saturday there will be no war with the US, since nobody in the region is suffering from a hallucination to think that he is able to confront Iran.

Nonetheless, US diplomats warned commercial airliners flying over the Persian Gulf that they faced a risk of being misidentified amid heightened tensions between Washington and Tehran.

The US has ordered bombers and an aircraft carrier to the Gulf over an unexplained perceived threat, raising tensions a year after Donald Trump pulled out of the nuclear deal between world powers and the Islamic Republic.

In remarks quoted by the state-run IRNA news agency at the end of his trip to China, the foreign minister, Mohammed Javad Zarif, said the Islamic Republic was not seeking war, adding: In fact, as the supreme leader said, there will be no war since we are not seeking war and nobody in the region is suffering from a hallucination to think that he is able to confront Iran.

He added that though Trump has said he is not seeking war, some that have sat around him are pushing such a conflict.

That appeared to be a reference to national security adviser, John Bolton, who has long advocated regime change in Tehran.

On Saturday, a warning from the Federal Aviation Administration (FAA) relayed by US diplomatic posts underlined increased risks in a region crucial to global air travel and where Lloyds of London has warned of increasing risk to maritime shipping.

The oil giant ExxonMobil has begun evacuating staff from Basra in Iraq, where the US consulate has been closed for months following a rocket attack the US blamed on Shia militias backed by Iran, local authorities said.

Authorities allege that a sabotage operation targeted four oil tankers off the coast of the United Arab Emirates, and Iran-aligned rebels in Yemen claimed responsibility for a drone attack on a crucial Saudi oil pipeline. Saudi Arabia blamed Iran for the drone assault, and a newspaper linked to the Saudi royal family called on Thursday for America to launch surgical strikes on Tehran.

The order relayed on Saturday by US diplomats in Kuwait and the UAE came from an FAA Notice to Airmen published late on Thursday. It said all commercial aircraft flying over the Persian Gulf and the Gulf of Oman needed to be aware of heightened military activities and increased political tension.

This presents an increasing inadvertent risk to US civil aviation operations due to the potential for miscalculation or misidentification, the warning said. It also said aircraft could experience interference with navigation instruments and communications jamming with little to no warning.

Emirates, Etihad and Qatar Airways all said they were aware of the notice and operations were unaffected. Oman Air did not respond to a request for comment.

The warning appeared rooted in what happened 30 years ago after Operation Praying Mantis, a daylong naval battle in the Persian Gulf between US forces and Iran during the countrys long war with Iraq.

On 3 July 1988, the USS Vincennes chased Iranian speedboats, which allegedly opened fire on a helicopter, into Iranian territorial waters. The US ship then mistook an Iran Air plane heading to Dubai for an Iranian F-14. The Vincennes fired two missiles, killing all 290 people onboard the flight.

The USS Abraham Lincoln and its carrier strike group have yet to reach the Strait of Hormuz, the mouth of the Persian Gulf through which passed a third of all oil traded at sea. In Iran, a Revolutionary Guard deputy has warned that any conflict would affect the global energy market.