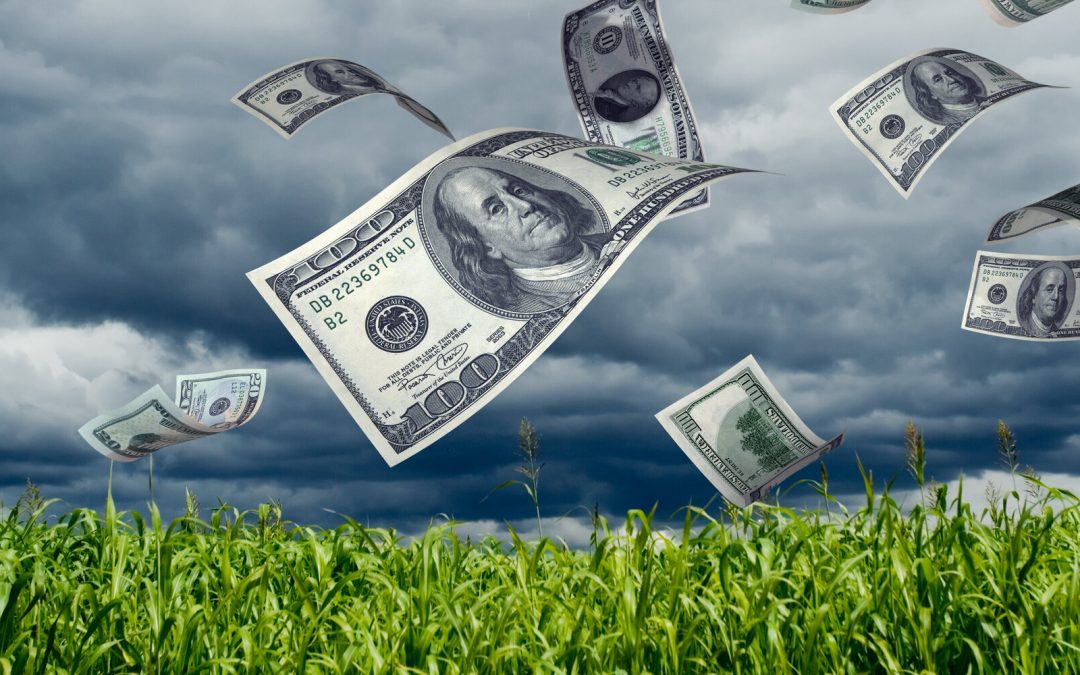 President Donald Trump’s plan for taxpayers to fork out $15 billion to help farmers weather his trade war could jump 30% to $20 billion before he even announces the final strategy, Agriculture Secretary Sonny Perdue warned.

The taxpayer-funded handouts would be on top of $12 billion already earmarked for farmers last year — and the tariff-linked price hikes that American consumers are paying for imported products.

In a phone call to reporters Wednesday from South Korea, Perdue said the “early estimate” is that as much as $20 billion will be handed out to farmers to make up for lost exports due to China’s retaliatory tariffs. Perdue said Trump is still “in the throes” of working out the details, Bloomberg reported.

No other industry is being subsidized by the American government to make up for lost exports — or price increases due to import tariffs ― by the Trump administration. Farmers largely supported Trump’s election, which has triggered criticism that the subsidies are an expensive taxpayer-funded payoff to his supporters.

Even some Republicans are complaining about the tariffs — and subsidies.

“Think about what we’re doing,” Toomey told reporters in his office Wednesday. “We’re inviting this retaliation that denies our farmers … the opportunity to sell their products overseas, and then we say, ‘Don’t worry, we’ll have taxpayers send you some checks and make it okay.’ That’s a very bad approach.”

Corn growers are furious about the last round of federal subsidies, which paid soybean growers $1.65 a bushel and wheat growers 14 cents a bushel, while corn farmers got 1 cent a bushel.

The National Corn Growers Association sent out a “call to action” urging members to call the White House and demand a bigger subsidy. The group has launched a campaign called “A Penny Won’t Cut It.”

Trump’s new round of tariffs on Chinese products — and China’s resulting retaliatory tariffs — “could not have come at a worse time for corn farmers, bringing more uncertainty to markets and impacting commodity prices” the corn group said on its website.

Perdue told reporters that the last subsidy “went well,” but acknowledged the discord and said adjustments would be made.

Trump said just last week that the U.S. would buy $15 billion worth of agricultural products and ship them to impoverished countries, even though there’s currently no system in place — or charity destinations — for exports of that size.

Perdue indicated Wednesday that the money will likely be in the form of direct payments to farmers, as they were with the first round of subsidies.