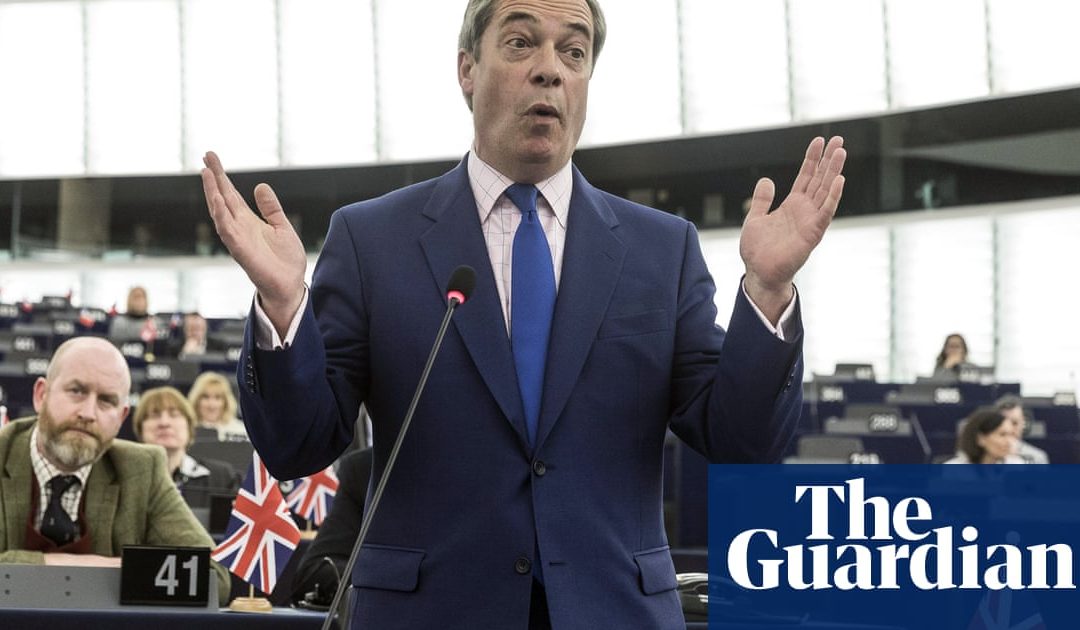 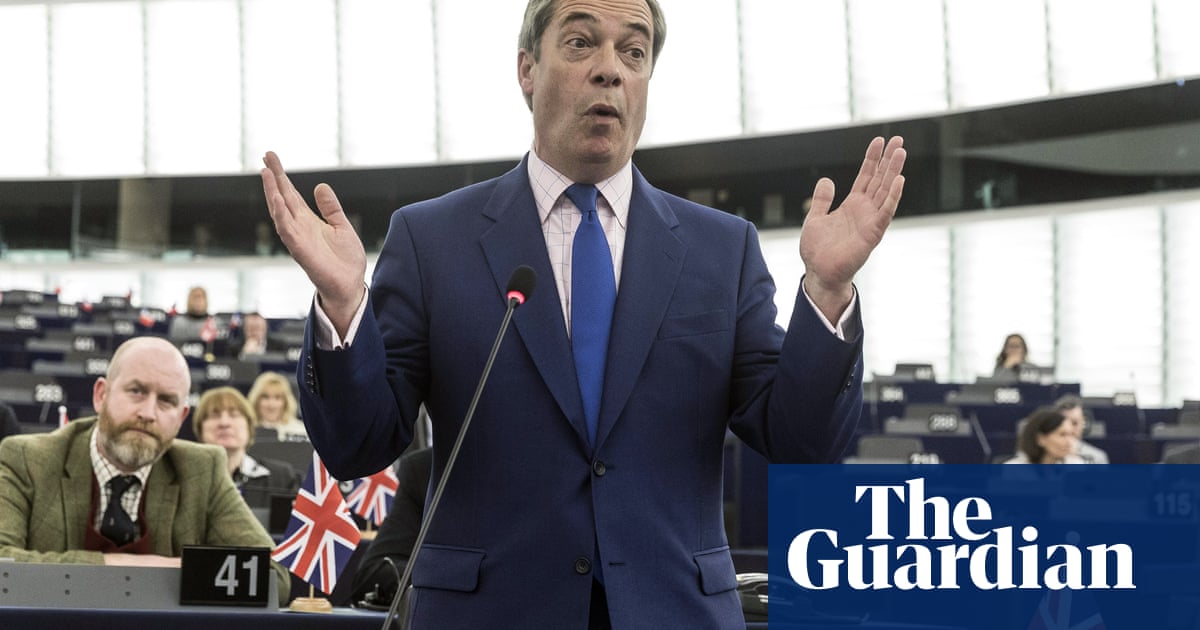 The European parliament is to investigate Nigel Farage for failing to declare lavish expenses funded by Arron Banks.

The European parliament president, Antonio Tajani, today refers the Farage issue to an advisory committee, a source told the Guardian.

The advisory committee is a group of five MEPs who act as watchdogs over the parliaments code of conduct. It stipulates that all members must declare expensive gifts and report whether third parties fund attendances at events.

Last week, Channel 4 revealed Farage was generously funded by Arron Banks in the year of the Brexit referendum. Invoices, emails and documents showed Farage benefited from a 13,000-a-month Chelsea home, a car with a driver, and promotional visits to the US in 2016.

After the documentary, the Liberal Democrat MEP Catherine Bearder called on parliamentary authorities to carry out an urgent investigation into Farages apparent contraventions of the rules. The South East of England MEP is one of five of the parliaments quaestors, meaning she scrutinises funding and administration.

There seems to be a lot of spending going on, money coming in from third parties that is not showing up on the public record, she said.

Under the parliaments code of conduct, MEPs are required to declare whether they receive travel, accommodation or subsistence expenses from external sources to attend events. The declaration should reveal the name and address of the funder, details about the expenses and the type of event.

Farage, who gets a 102,000-a-year MEP salary, earned up to 700,000 from media appearances in 2014-18, putting him in sixth place on a European parliament rich list of MEPs outside earnings. The precise sum of his extra earnings is not known because MEPs only have to declare other earnings in broad bands.

The advisory committee will not meet until 4 June at the earliest, after this weeks European elections. It will appoint one of its members to lead the examination and write a report with a recommendation for a possible sanction. Any punishment, which could range from a reprimand to withholding expenses, will be decided by the European parliaments president.

The Brexit party leader, an MEP for 20 years, was last year docked half his MEP pay after parliament administrators concluded he had misspent EU funds intended to staff his office. A political group dominated by Ukip Farages former party was asked to repay 173,000, after an official report said EU funds had been misspent on national campaigns.

Spokespeople for Farage in the Brexit party and his group in the European parliament have been approached for comment. His spokespeople have described previous investigations by the parliament as politically motivated assaults and a vindictive campaign targeting Eurosceptic MEPs.

The European parliament has shown a lenient attitude to MEPs found to have breached its code of conduct in the past. According to Transparency International, 24 MEPs were found to have broken ethics rules between 2014 and 2018. But only one reprimand was issued and none were sanctioned.

Offences included six MEPs failing to declare luxury trips funded by Azerbaijans autocratic government. Another MEP was censured for tabling 200 amendments to the EUs data protection rules that had been copied word-for-word from lobbyists.