Ai Weiwei: my art was used to sell cars but Im fighting back 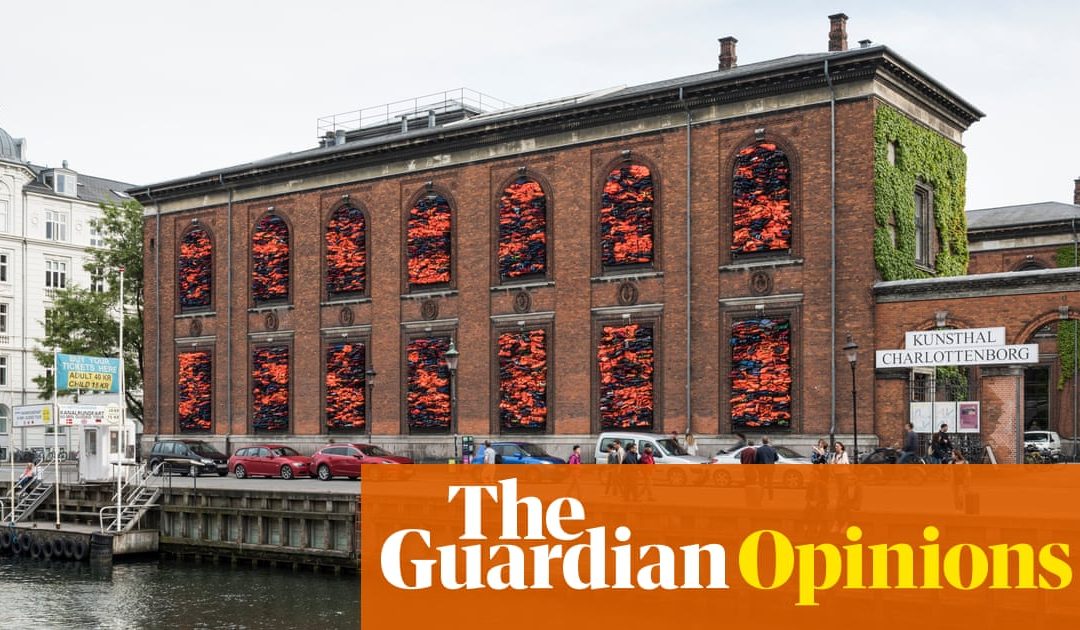 An advert for Volkswagens that featured my artwork about refugees illustrates corporations focus on profit over people, says artist Ai Weiwei 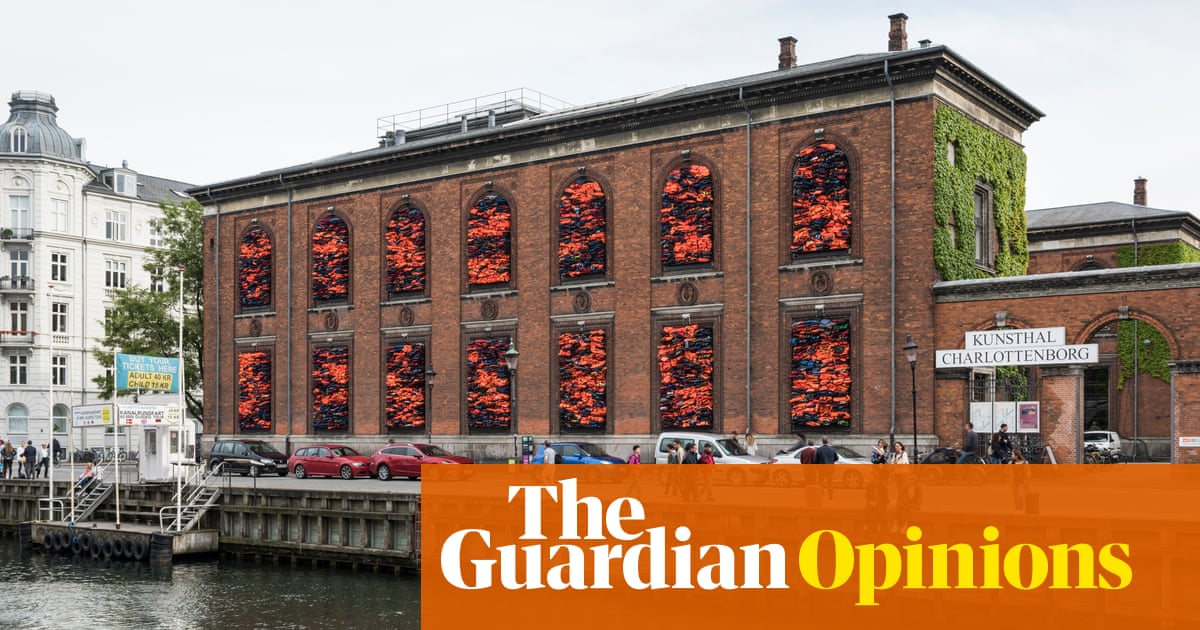 In October 2017 I was astonished when Michael Thouber, the director of Copenhagens Kunsthal Charlottenborg, informed me that my artwork Soleil Levant had been used in an advertisement for the new Volkswagen Polo. Soleil Levant is an installation comprising 3,500 lifejackets worn by refugees undertaking perilous sea journeys to reach safety in Europe. Many refugees survived due to these lifejackets; some perished. Some lifejackets were fake, and those wearing them could have drowned.

I created Soleil Levant especially for World Refugee Day in 2017. It was exhibited on Kunsthal Charlottenborgs external facade from 20 June to 1 October 2017. The installation was used as the backdrop for an orange VW Polo without my knowledge or permission by a company that imports Volkswagens into Denmark. These actions are clear violations of my intellectual property and moral rights, but more importantly they raise larger questions of corporate power and responsibility in our era of global capitalism.

The refugee situation is one of the most critical issues facing the world today. Germany is one of the European countries that took a decisive humanitarian stance on this issue. In 2015, when the Chinese authorities returned my passport, my right to travel was restored and I came to Berlin. Many refugees from Afghanistan, Iraq, Syria and other countries were also arriving in Germany around this time. The German chancellor, Angela Merkel, had said her country would welcome refugees and many took encouragement from her words, particularly those fleeing the Syrian civil war.

I have been deeply involved with refugees since arriving in Germany. I made two documentary films about the refugee crisis as well as many artworks and exhibitions. I travelled with my team to 23 countries and visited dozens of refugee camps where we met and conducted hundreds of interviews with refugees. It was an extremely intense, even painful experience.

The refugee issue embodies many perceived conflicts between civilisations today. It is the result of constant wars over resources, regional and geopolitical conflicts, environmental change and economic impoverishment. It tests the ability of people from different ethnicities, cultures and creeds to tolerate and help one another. It is a major challenge for Europe, not simply in terms of its physical borders but also as an idea: Europe as the bastion of human rights, human dignity, freedom of speech and the rule of law. The refugee situation now poses the greatest test to European ideals since they were articulated by the United Nations in the aftermath of the second world war.

It is against this backdrop that I learned that my artwork about refugees had been used contemptuously and irresponsibly to advertise cars for Volkswagen, one of Europes largest corporations and a pillar of German enterprise. My surprise soon turned to anger.

As an artist, I face serious consequences for this misuse of my art. The advertisement gives the false impression that I have given permission for my work about refugees to sell Volkswagens cars. This misrepresentation severely damages my artistic reputation and a lifetime of work defending human rights. Consistency and integrity are important qualities for an artists credibility. This wrongdoing compromises my credibility, and could easily destroy the trust I have built up with the refugees I work to support. Why should refugees choose to associate with me if they believe that I would exploit their plight for commercial profit?

For more than a year I sought to amicably resolve this violation before going to court. But ultimately I wished to seek legal redress through the judicial system, which is the cornerstone of every lawful society. I had attempted this in the past in China and was denied due process. I now live in Europe, a society based on the rule of law. By bringing this case, I hope to have my say in what should prove a more straightforward and meaningful legal exercise.

This is not simply a case about copyright infringement. It is an opportunity to re-examine our understanding of justice and the responsibilities of individuals and corporations.

Volkswagen is the seventh largest corporation in the world and has an annual revenue approximating the output of Egypt, Finland or Vietnam. In our globalised era, corporations often operate with impunity, answering only to their shareholders. In the never-ending quest for greater profitability, they often choose to cooperate with states or political entities with extensive histories of violating human rights. In these societies, decisions are not made through democratic consensus. There is no independent media to act as a watchdog, no independent judiciary to interpret the law, no possibility for citizens to cast meaningful votes.

In January 2019 Volkswagens chief executive, Herbert Diess, stated, The future of Volkswagen will be decided and determined here in China. In April 2019, Diess told the BBC that he was not aware of media reports of detention camps in Chinas Xinjiang province, where up to one million Uighur and other minority people are believed to be held. Instead he proclaimed that he would be proud to create workplaces in that region.

Its hard to believe that Diess is unaware. Every corporate decision is calculated with the singular goal of greater profitability in mind.

My experience with Volkswagen is one small reflection of this broader lack of concern for the rights of individuals. The fact the company sees its future as one of partnership with an authoritarian regime speaks volumes. For my part, I will do what I can to ensure that its commercial partners understand that no matter how powerful it becomes, there will always be those who insist on holding it to account.

Ai Weiwei is a leading contemporary artist, activist and advocate of political reform in China