Pelosi, Schumer at the White House to discuss infrastructure 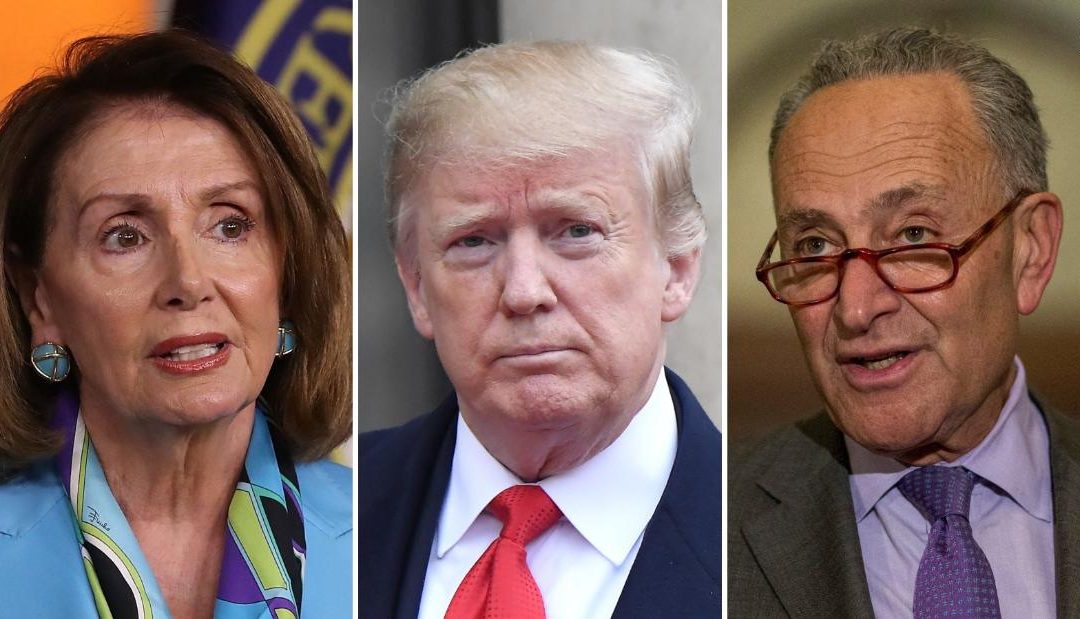 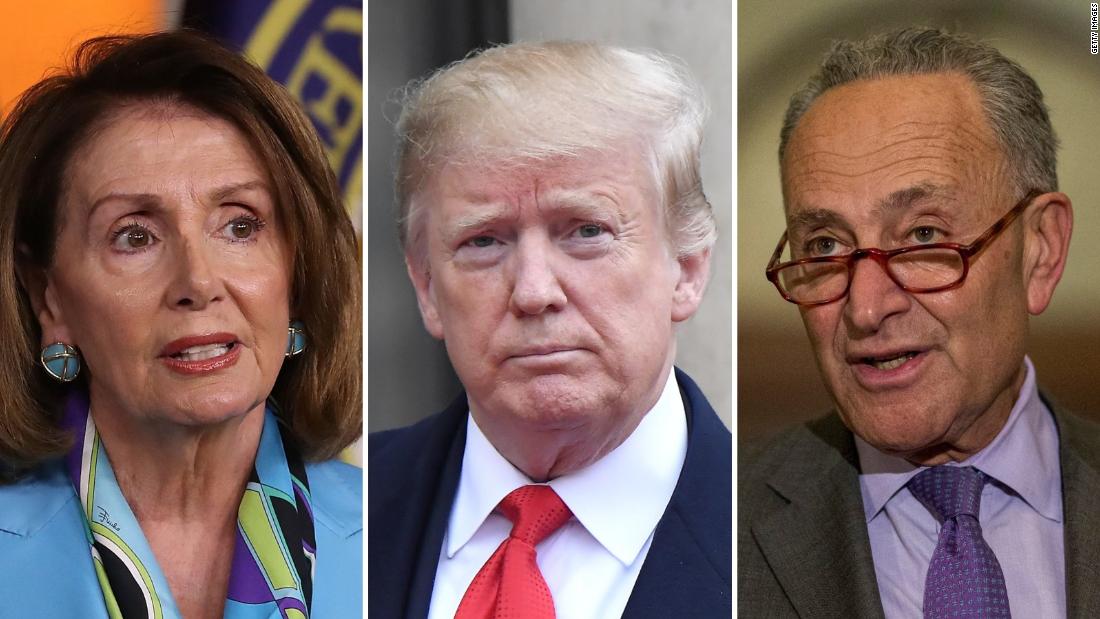 Washington (CNN)House Speaker Nancy Pelosi and Senate Minority Leader Chuck Schumer are meeting with President Donald Trump for a second round of talks on infrastructure Wednesday — a meeting that will take place against the backdrop of rising tensions between Democrats and the White House over the administration’s resistance to congressional investigations.

Congressional Democrats have expressed concerns over the trade deal and have called for changes to the agreement. As a result, the President’s last-minute request threatens to derail the potential to strike a deal on infrastructure.
The meeting has been expected to grapple with the thorny question of how to pay for a deal after Pelosi and Schumer announced at the end of last month’s meeting with the President that Trump had agreed to a top-line price tag of $2 trillion for infrastructure spending, but that they would need to meet again to discuss how to pay for the plan.
In a joint statement later in the evening on Tuesday, Pelosi and Schumer made no mention of the trade agreement and instead focused on how to pay for an infrastructure deal, emphasizing that they expect Trump to come to the table with a proposal.
“On Wednesday, we look forward to hearing the President’s plan for how to pay for this package,” the top congressional Democratic leaders said.
“We told the President that we needed his ideas on funding,” Schumer said at the conclusion of the initial meeting, adding, “Where does he propose that we can fund this, because certainly in the Senate, if we don’t have him on board, it will be very hard to get the Senate to go along.”
The President in his letter to Democratic congressional leaders on Tuesday wrote, “It would be helpful if you came to tomorrow’s meeting with your infrastructure priorities and specifics regarding funding you would dedicate to each.”

A key difference in this round of talks

There will be one key difference in Wednesday’s meeting with Pelosi and Schumer compared to their last face-to-face with President Trump three weeks ago: Mick Mulvaney.
The acting chief of staff — who is known on Capitol Hill for his hawkish fiscal policies — was across the country the last time Trump sat down with the Democratic leaders and agreed on a $2 trillion infrastructure plan. That’s a price tag that Mulvaney was less than enthusiastic about, sources said, and he has told Trump it’s a number that will be difficult to finance.
And now the time has come to decide how to fund for it. White House officials are skeptical to say the least.
Trump recently criticized his chief of staff for voicing doubt that an infrastructure deal will ever get passed. “If Mick Mulvaney said that, then he has no right to say that,” Trump said when asked about Mulvaney’s comments that NAFTA has a better chance of getting through Congress than an infrastructure deal does.
During that same interview with Fox News, Trump voiced concern that he was being “played by Democrats” on infrastructure.
“You know I think what they want me to do is say, ‘Well, what we’ll do is raise taxes,’ and we’ll do this and this and this, and then they’ll have a news conference, see, Trump wants to raise taxes,” Trump said.
“Yes, I’d like to have infrastructure, but I’d like to have it in the right terms. I’d like to have it — I do want to have it, we have to fix our roads, we have to fix our bridges. I do like it, and it creates a lot of jobs.”
Even if there weren’t talk of impeachment and a fight over investigations on Capitol Hill going on, this would still be a difficult meeting for the two sides, officials conceded.

Mulvaney has advocated internally for public-private partnerships to leverage funding from corporations, a source familiar with the infrastructure discussions told CNN. The infrastructure plan Trump unveiled in early 2018 would only have used $200 billion in direct federal spending and relied mainly on state and local governments to foot the rest of the $1.5 trillion bill.
Democrats want to increase significantly the proportion of the plan funded by the federal government, and White House aides have discussed a gas tax as a possible way to raise revenue for infrastructure.
Top economic aide Larry Kudlow has expressed opposition to a federal gas tax while leaving the door open to supporting gas taxes at the state level, but Trump said in 2017 he would entertain a gas tax, telling Bloomberg, “it’s something that I would certainly consider.”
The meeting comes as Trump’s point person on Capitol Hill, Shahira Knight, leaves the White House ahead of an expected slowdown in the White House’s legislative agenda.

Infrastructure could be a rare area of bipartisan cooperation given that both Democrats and the President have long talked about investing in the nation’s crumbling infrastructure as a top priority. But the sticking point in any deal will be how to pay for it and it is possible that hopes for finding common ground could fall apart this week if no agreement is reached during the second round of talks.
The fact that hostilities between Democrats and the White House continue to escalate over congressional oversight efforts could make it more difficult to reach a compromise. Some House Democrats are calling for an impeachment inquiry as the administration blocks oversight efforts. Pelosi has argued in recent weeks that Trump is effectively building a case on his own for impeachment, but has also advocated for a cautious approach and worked to tamp down on impeachment talk on the Hill. The President and his allies, meanwhile, argue that Democrats are targeting him unfairly and out of purely partisan political motives. 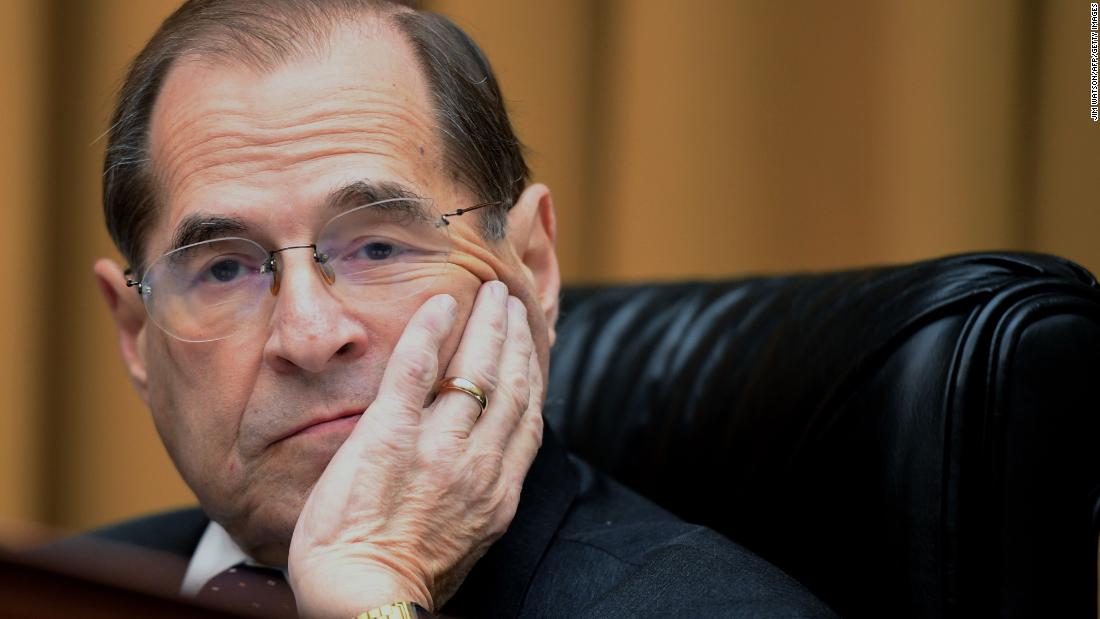 The meeting also comes as congressional leaders and the White House are attempting to negotiate a broader fiscal deal involving the debt limit and looming budget caps — a set of talks that might need to be settled before it is possible for Democrats and the President to determine how to pay for any potential infrastructure deal.
When Pelosi and Schumer return to the White House to talk infrastructure, they will again be joined by members of House and Senate Democratic leadership and congressional Democrats whose committees would be expected to play a role if a deal comes together.
According to aides, the congressional Democrats who will attend in addition to Pelosi and Schumer are: House Democratic Majority Leader Steny Hoyer; House Democratic Majority Whip James Clyburn, who told CNN that he will be attending; Assistant Speaker Ben Ray Lujan; House Ways and Means Committee Chairman Richard Neal; House Transportation and Infrastructure Committee Chair Peter DeFazio; Senate Democratic Whip Dick Durbin; Assistant Senate Democratic Leader Patty Murray; Senate Democratic Chairwoman of Policy and Communications Committee Debbie Stabenow; Senate Finance Committee ranking member Ron Wyden and Senate Environment Public Works Committee ranking member Tom Carper.
This story has been updated to include additional developments Wednesday.