The Basic Physics of the Kilogram’s Fancy New Definition 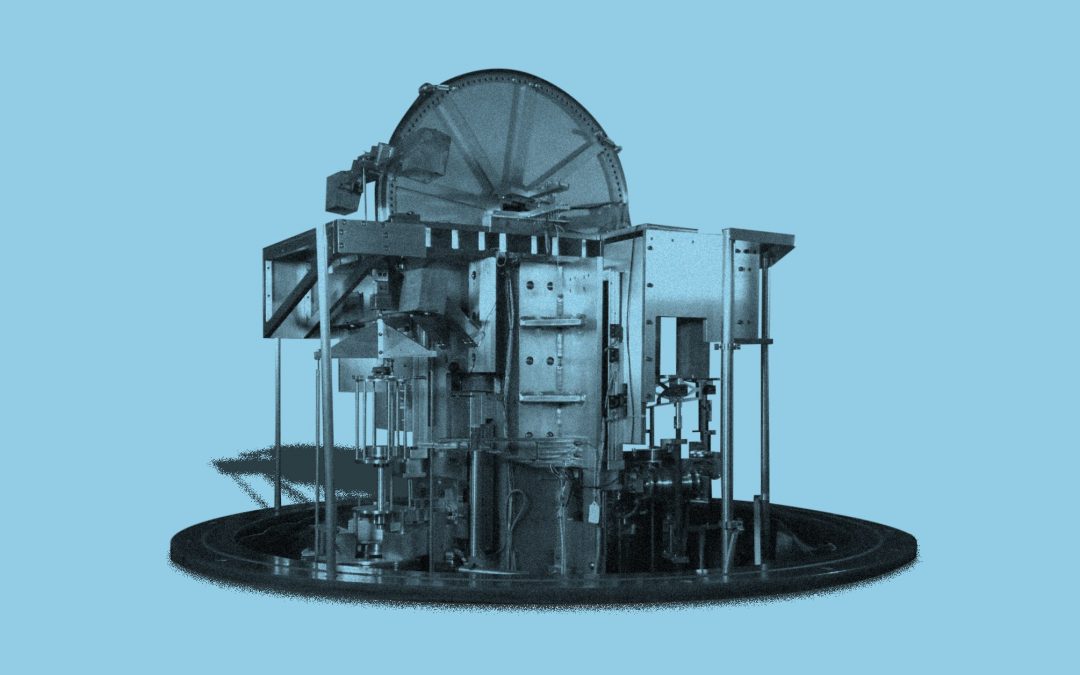 There is a new standard in town, and it's sort of a big deal. This new standard is the definition of the kilogram, the unit of mass in the SI system—the International System of Units). It replaces the old definition of the kilogram that didn't even have a definition. The old kilogram was an actual object. It was a cylinder made of a platinum alloy and it had a mass of 1 kilogram. It was THE kilogram. If you wanted to find the mass, you had to take it out and measure it. You could then use it to make other kilograms.

Yeah, this object-based standard for measurements sort of sucks. If something happens to your object, all of your science gets screwed up. A better system is a definition-based standard. Let me give an example—the meter. Instead of being based on something to do with the size or gravity of the Earth, the meter is defined using the speed of light. The meter is the distance light travels in a vacuum over a time of 1/299,792,458 seconds. Yes, this definition depends on the definition of both the speed of light and the second. But once you have those, you can get the meter. The new standards for units are like a puzzle. Once you get a few, you can start to rebuild the rest of the units.

What is Planck's constant?

That's the value, but what does it mean? Essentially, it has to do with super tiny things. Consider something very small—like a hydrogen atom. The hydrogen atom consists of just a proton and an electron. It's about the simplest thing you can think of. It's so simple, even a physicist can handle it. It's also the best example of a system with quantized energy. Yes, that's the same "quant" as in quantum mechanics. This just means that the electron can only be at discrete energy levels. It's sort of like stairs in real life. You can be on step 1, or step 2—but you can't stand in between steps 1 and 2.

But what does this have to do with Planck's constant? It has to do with getting the electron to make a transition to a higher or lower energy level. If you "jiggle" the system at a certain frequency, the electron will go to a different energy level. But this frequency has to be just right for the change in energy according to this relation:

But anyway, that is where Planck's constant comes in. It deals with energy changes in the quantum world. Oh, just to be clear, electrons don't use special rules of physics for super-small things. In fact, everything goes by these quantum mechanics models. The only thing is that we don't really see these quantized energy levels for macroscopic objects like tiny rocks and gravy. You can use quantum mechanics to model gravy, but you don't have to (so I won't).

The definition of the kilogram

The new definition of the kilogram uses the Kibble balance (previously called a Watt balance). Here is the very basic way it works: You take something like a balance—with the balance arm and everything, just like the scales of justice. On one side you put a mass that you want to measure. On the other side is an electromagnet (in essence). This electromagnet pulls down the other side of the balance. The amount that it pulls depends on the voltage and current running through the electromagnet. If you adjust it just right, it will balance with the mass on the other side. Then by reading the current and electric potential difference you can determine the value of the mass on the other side. Wait! That will technically tell you the gravitational force pulling down on the mass. To actually get the mass, you need the value of Earth's gravitational field at that location. (Remember that the gravitational weight = mass times g.)

But how do you connect the voltage and current to fundamental constants? Honestly, this part gets a little crazy. I'll just say two things: von Klitzing quantum Hall effect and the Josephson junction. These two things will make a connection between Planck's constant and the current-voltage measurements. I know it's tough. Here is a super-awesome video from Veritasium that gives a nice explanation:

Also, this Physics Today paper does a really nice job with a little bit more detail.

The wrong way to define the kilogram

Unfortunately, I have already seen some very poor explanations of this new definition of the kilogram. I'm not going to link to them, but I will just say that they are out there. I'm afraid these super-simple (and technically wrong) explanations might become very popular. Oh, I get it. Humans want things that will fit nicely into a single tweet or a great title. Trust me, I'm all over that—but it's very difficult. It would be like explaining nuclear fusion with a haiku. (I should try this.)

However, you have to be careful when simplifying things. This goes along with my number one rule about science communication:

This means that I can't fully explain the definition of the kilogram, or even Planck's constant. However, I can indeed say things that are just plain wrong. Here is a quote that I have seen online:

That is so bad. I've even seen a diagram with a traditional balance. On one side there is a kilogram mass, on the other side a bunch of photons. Please help; please don't share that kind of stuff. You might as well just say "Oh, hey—the kilogram is now defined by some magical spell." I know everyone wants a buzz phrase to use, but sometimes those just don't exist.