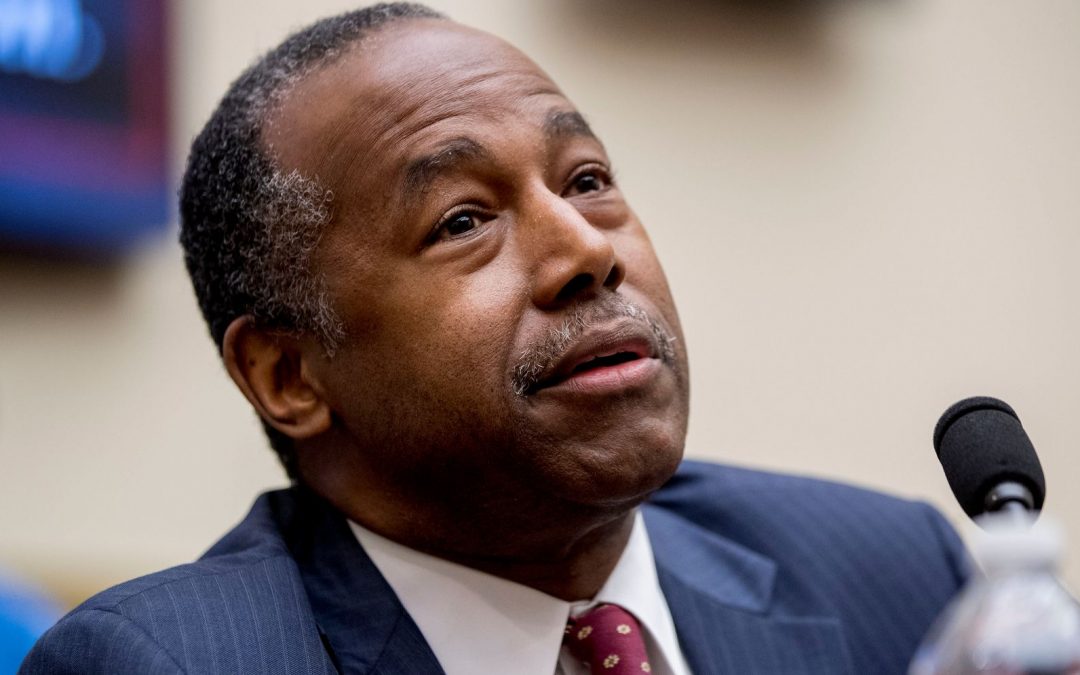 A Democratic lawmaker is urging Housing and Urban Development Secretary Ben Carson to resign after he stumbled with basic housing questions before the House Financial Services Committee on Tuesday, leading to questions about his suitability for the role.

Rep. Jennifer Wexton (D-Va.) issued her declaration on Thursday while accusing the nation’s highest-ranking housing official of not only being unqualified for the position but lying to her and the rest of Congress during his testimony.

“He’s proven himself to be deceitful & inept as HUD Secretary,” she tweeted. “He should resign.”

Wexton was among the many legislators questioning him at the Congressional hearing. During the testimony, Carson was repeatedly stumped when lawmakers questioned him about his department’s policies and used housing terms that he was unfamiliar with.

Rep. Katie Porter (D-Calif.), whose question about real estate owned properties called REOs was misinterpreted by Carson as OREO cookies, similarly tore into Carson on Wednesday after the Housing secretary did an interview on Fox News that accused her of being the one who was confused.

“I suspect when Katie Porter was an expert in this area, things were very different,” Carson said on Fox News before suggesting that his staff could “bring her up to date” and “maybe she would then be able to understand what’s going on.”

“I spent more than 10 years in the trenches working with families who were facing foreclosure, listening to their stories, and I want Mr. Carson to take his problem very seriously,” Porter hit back on MSNBC, after calling his blame on her “very rich.”

“The reality is in the last 24 hours, while he may have learned what an REO is, he has not learned what’s going on at FHA and what he needs to do to lead it successfully,” she said.

Carson, a retired neurosurgeon and former presidential contender, accepted President Donald Trump’s invitation to become housing chief in 2017. A year earlier, however, he had said that he would not take a Cabinet position because he didn’t believe he had the background necessary to manage a federal agency, his longtime adviser said.

“Dr. Carson feels he has no government experience, he’s never run a federal agency,” Armstrong Williams told The Hill newspaper. “The last thing he would want to do was take a position that could cripple the presidency.”