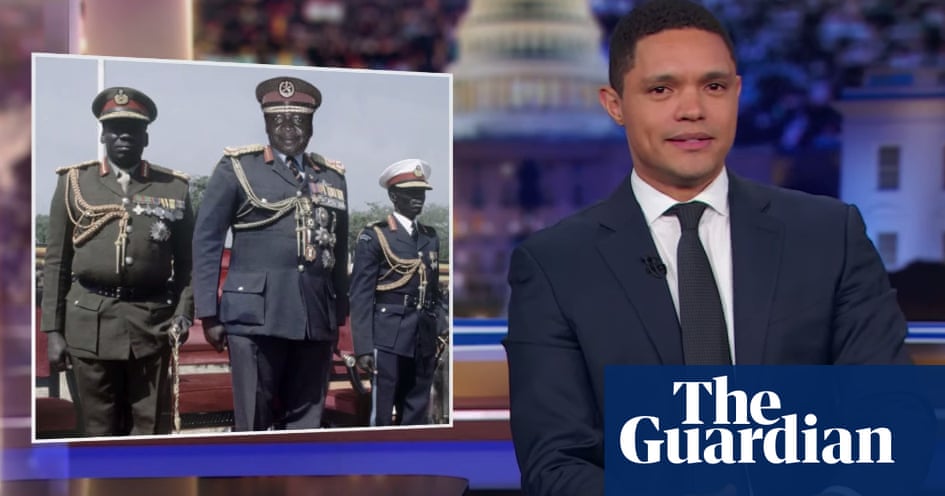 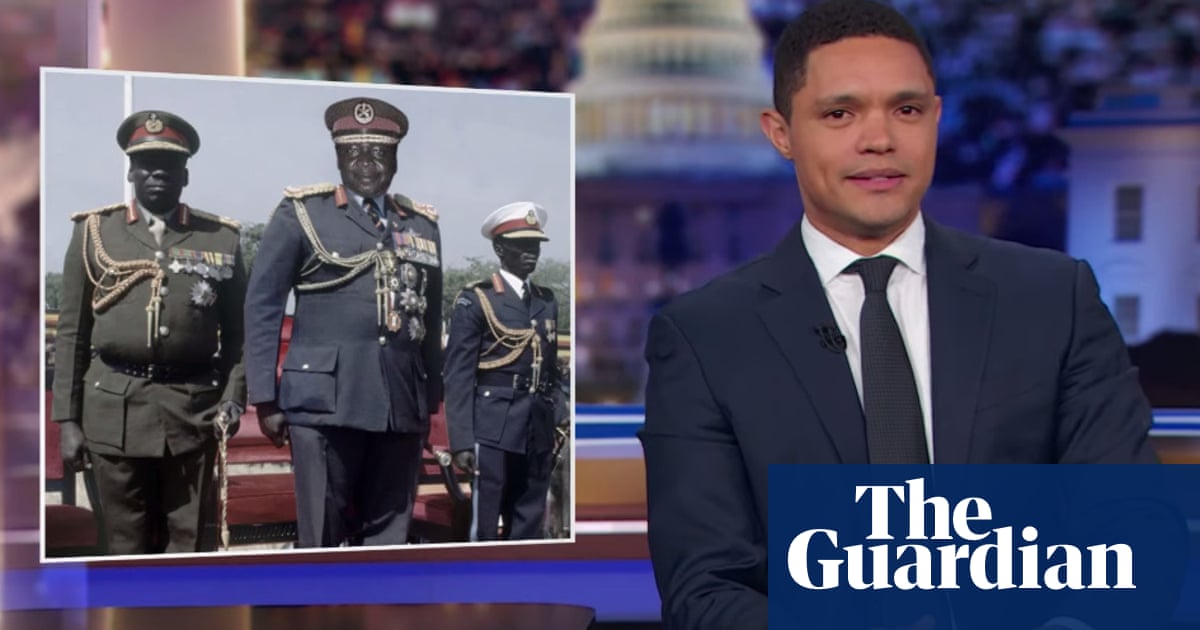 Trevor Noah focused on Trumps temper tantrum after Wednesdays infrastructure meeting. During the press conference, Trump said he wasnt interested in covering up his alleged crimes. Noah took aim at this, impersonating Trump: I dont do cover-ups, folks. I dont do pull-ups, I dont do push-ups. I dont do sit-ups. No ups! Only downs. Shutdowns, meltdowns and, most important, letdowns.

In the wake of the three-minute-long infrastructure meeting, the House speaker, Nancy Pelosi, said she prays for the president. I feel like Nancy Pelosis been spending a bunch of time with Maxine Waters, Noah said. Because now, every time she patronizes Trump have you noticed she seems more and more like a black auntie. He continued: First, she gave Trump the sideways clap. And now, shes praying for him? Thats the blackest thing ever. Its just like, Lord, this crazy man needs Jesus!

Noah also made fun at Trumps parade of staffers who said he was calm in the meeting. This is the kind of shit that youll see in Africa all the time. Like, some dictator will be accused of war crimes and then hell bring his own soldiers out in his defense.

Noah closed his monologue by telling his audience this feud is likely to continue for a while. So, uh, Nancy? I hope youve prepared your Sunday best, because youre going to be praying for a long-ass time!

Jimmy Kimmel opened with jokes about Trumps planned visit to Japan. Trump and Melania are scheduled to attend a sumo wrestling match, and Trump said he plans to hand out his own trophy to the winner. Kimmel said: Remember that time President Bush puked on the Japanese minister? Thats about to become the second most embarrassing thing a president has ever done in Japan.

Kimmel also discussed the recent events surrounding Trump. The president attacked Rex Tillerson on Twitter, after the former secretary of state said Trump was out-prepared by Vladimir Putin. Kimmel deadpanned: The way to out prepare Donald Trump is by preparing anything at all. Its one minute of reading.

To do even more damage, Trump further commented on the meeting, saying he was an extremely stable genius in a press conference where he was supposed to be addressing ranchers and farmers about subsidies. The former businessman also invited several members of his staff to discuss his demeanor in the meeting. Hes an extremely stable genius, Kimmel sarcastically exclaimed. Why cant people understand that? Hes not a maniac. Ask his 10 terrified underlings!

Wednesdays contentious post-meeting press conference saw Trump reading from handwritten notes where he wrote Dems have no achomlishments. Kimmel laughed at the misspelling: It is amazing what comes out of your head when your system runs on nothing but Adderall and fried chicken.

Stephen Colbert: The Art of the Douche

Stephen Colberts monologue opened with discussion of the upcoming bank holiday. He advised his audience to enjoy it, since its the last summer holiday Trumps not going to make about himself. Colbert said Trump was planning to hold a rally in front of the Lincoln Memorial for Fourth of July and launch his re-election campaign on Fathers Day. Colbert joked about his collision of events: Evidently, he thinks hes Americas father, which explains why he only loves a third of us.

He also discussed Trumps travel plans to Japan, and the news that officials at the sumo bout Trump is set to attend will switch out the traditional mattresses for chairs. This change, Colbert quipped, is possibly because of Trumps rumored history with mattresses.

Finally, the host touched on the news that Donald Trump Jr has signed a book deal. Colbert suggested a title: The Art of the Douche.