Universities told not to ‘scaremonger’ on fee cut 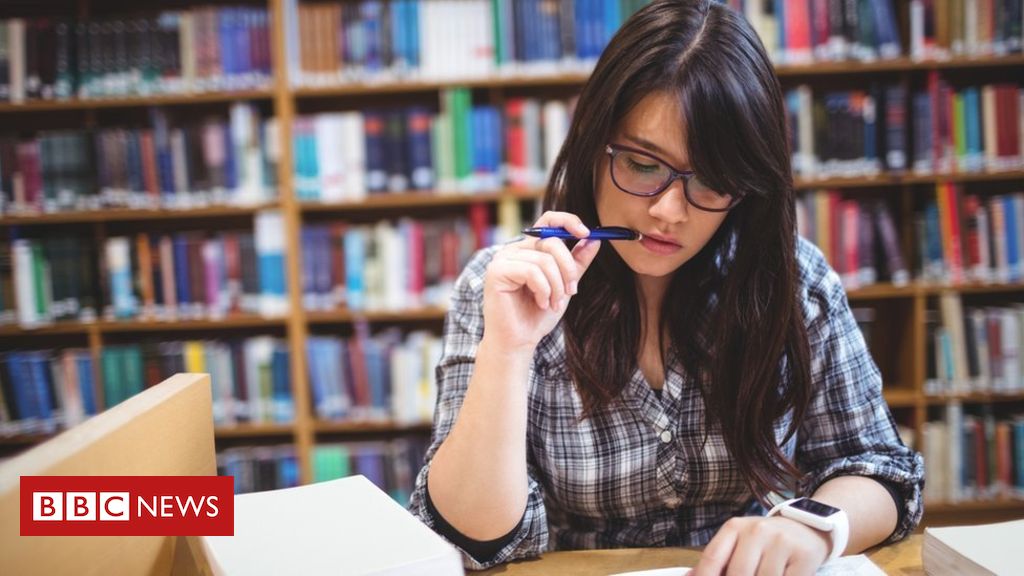 Education Secretary Damian Hinds has told England’s universities not to “scaremonger” over their finances, ahead of a review which is expected to call for a cut in tuition fees.

There have been warnings that lowering the fees to £7,500 per year could put some at risk of going bust.

But Mr Hinds accused universities of “distorting the picture” and said the sector was in good financial health.

The fees review is set to promise students better “value for money”.

The review into student finance and university and college funding, chaired by Philip Augar, is due to report next week.

The review could include:

Commissioned by the prime minister, the review is expected to be one of the last major announcements before Theresa May leaves No 10.

It was launched in the wake of the 2017 general election, countering Labour’s promise to young voters that it would completely scrap tuition fees.

The review will seek to make university more affordable and give more support to students in vocational and further education.

Mr Hinds has highlighted the problem of “low value” degree courses, where there is likely to be little financial return for students.

The further education sector is expected to benefit from the review, with the suggestion that more students should consider getting technical skills and qualifications rather than going to university.

These will be proposals rather than final decisions – and the cost of any changes will have to be linked to the government’s spending review later this year.

Universities will want to know whether any drop in fees will be compensated by direct funding.

There have been reports of universities being on the brink of bankruptcy – and one was revealed as having needed a bailout from the Office for Students.

But Mr Hinds said that while most sectors had to “tighten their belts” after the financial crash, universities have seen rising fee incomes.

“I do understand universities are facing some challenges, but reports of financial hardship across the entire sector is scaremongering,” says Mr Hinds.

But Alistair Jarvis, chief executive of Universities UK, hit back, saying any cut in fees “must be made up in full by a government teaching grant”.

Otherwise he said it would be a “political choice which harms students, the economy and communities that benefit from universities”.

But she said the “political vacuum” surrounding Mrs May’s resignation could make the report “dead on arrival”.

“We need to move quickly to end the uncertainty, confusion and damage to colleges and universities’ finances,” she said.

Further education colleges are expected to gain from the review and David Hughes, chief executive of the Association of Colleges, welcomed the shift in emphasis away from universities.

“The relentless focus on traditional higher education has been a major failing of successive governments, because it has been at the expense of other options,” said Mr Hughes.

“Most people will never go to university but have been consistently overlooked. The post-18 review needs to urgently redress that situation,” he said.