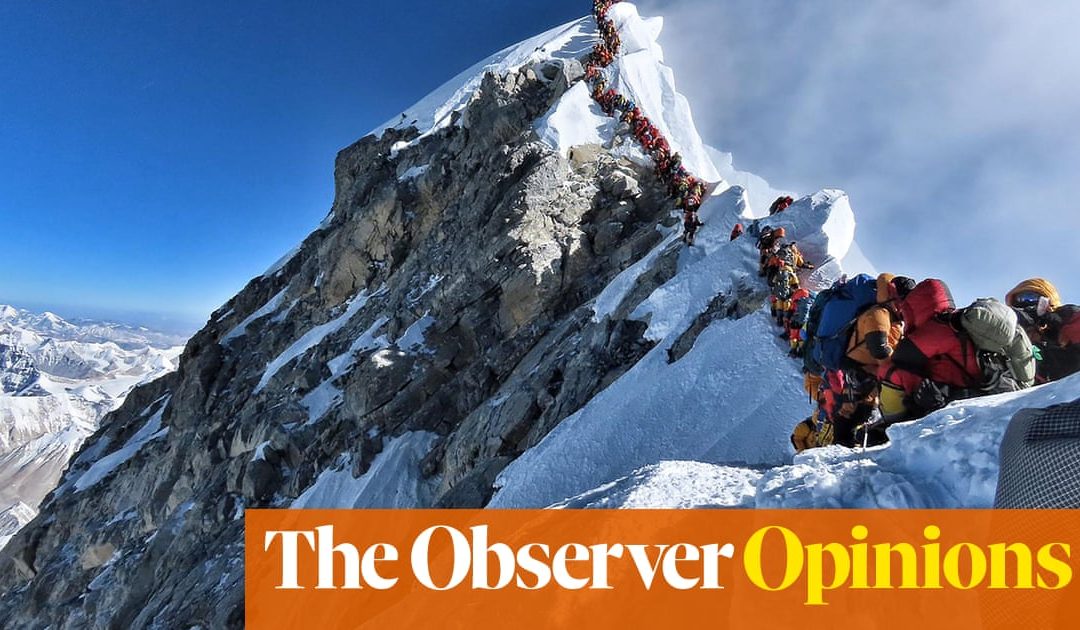 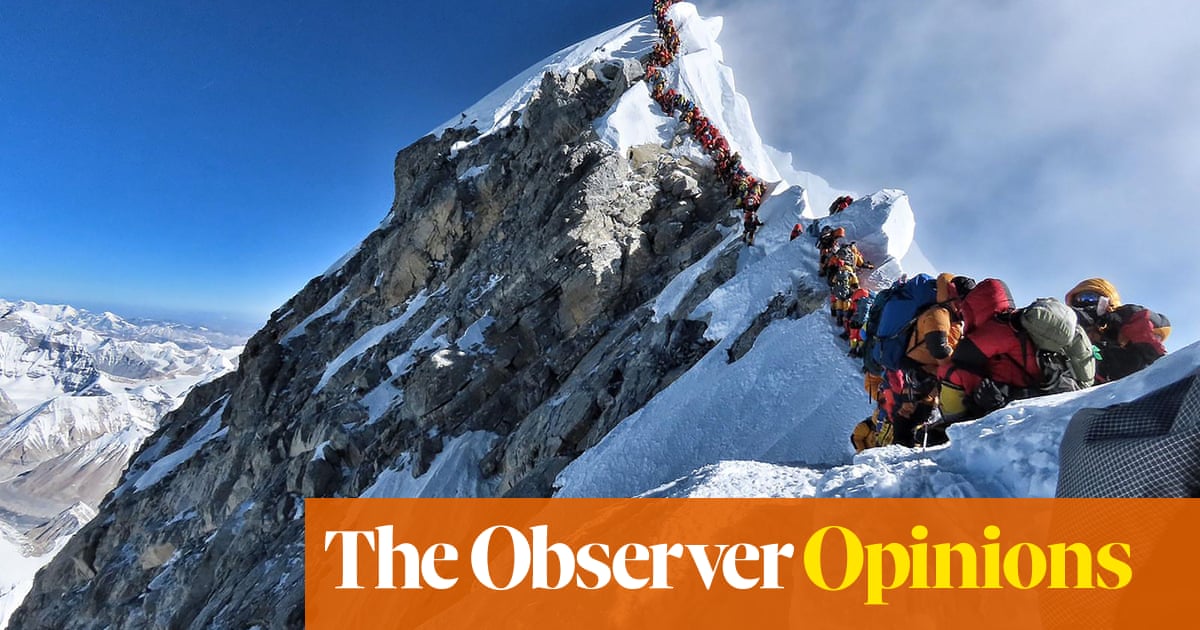 Mountaineering is a physical pursuit demanding an affinity for suffering. Where it is cerebral is in its requirement of good judgment, most importantly in extreme situations when the mind is most clouded and consequences of bad decision-making tend to multiply.

Considering risks requires being honest with yourself. At what climbers call the objective level, that involves assessing dangers you may encounter weather, avalanches, poor rock, even whether there will be overcrowding on your route.

Subjectively, it means asking yourself searching questions. Are you capable of safely attempting your objective? Even if you are, will you be tempted to push on for the wrong reasons because of ego, because you fear failure, or because you have spent large sums on the trip of a lifetime? For a climber, looking at Nirmal Purjas picture last week of the queues close to Everests summit delays that may have contributed to several deaths is something that inspires dread.

It depicts an anxiety-inducing conga line in the death zone above 8,000 metres, where the body cant properly function. Where movement forwards and backwards is seriously impeded. In a sport where efficient autonomous movement is regarded as crucial to safety, you want to ask, why would you put yourself in this position? The answer is to be found, in large part, in the commodification of the worlds highest mountain.

Everest has become largely detached from the rest of climbing and mountaineering. It has become a trophy experience, drawing too many otherwise without much interest in the sport, validated by media coverage that sees Everest as being endlessly conquered rather than pass.

The costs involved, in the order of 50,000 with a reputable company for a single trip, have created dangerously competing dynamics for would-be conquistadors of the useless to borrow from the great French mountaineer Lionel Terray.

If you can only afford to attempt the mountain once, the need to succeed risks doubling even trebling down on what is already a risky bet. Summit fever, as the accomplished US mountaineer and chronicler of Everest and the Himalaya Alan Arnettetold me last week from his home in Colorado, is a real thing. But the economics of Everest operate in more subtle ways as well.

The transactional nature of most Everest attempts has seen a shift in how aspirants view responsibility, moving it away from a question of an individuals own judgment and subcontracting it to guiding companies, some excellent, some of them far less scrupulous.

For Nepal, where the spring Everest season is a valuable annual source of foreign currency, there is little interest in either limiting numbers or regulating the new cut-price Nepalese companies that have been set up to compete with the expensive foreign-owned guiding outfits.

Perhaps most worrying is that the business model of these newer companies, often charging less than half the price of foreign competitors, critics suggest, relies on the volume of clients and a tacit understanding that many of those signing up will not get very high on the mountain, meaning there is no imperative to check climbing credentials.

Rounding off the whole equation is the question of pricing and value. Western companies, having fixed a price both cultural and monetary for an Everest summit, having created a desirable product and a growing market, have also motivated cheaper operators to try to undercut them, making an overcrowded business riskier for everyone.

A quote attributed to one of the pioneers of Everest, the New Zealand mountaineer George Lowe, who helped establish the route up the Lhotse face that most commercial clients now follow, suggested that Everest 40 years later had become the greasy pole of Asia.

It is not quite true. Looking at Purjas photo, it is not only dread you sense, but hubris, too. In the suggestion that its summit can simply be bought, a key point has been lost: that climbing is as much about judicious turning back and failure as it is about reaching the top.