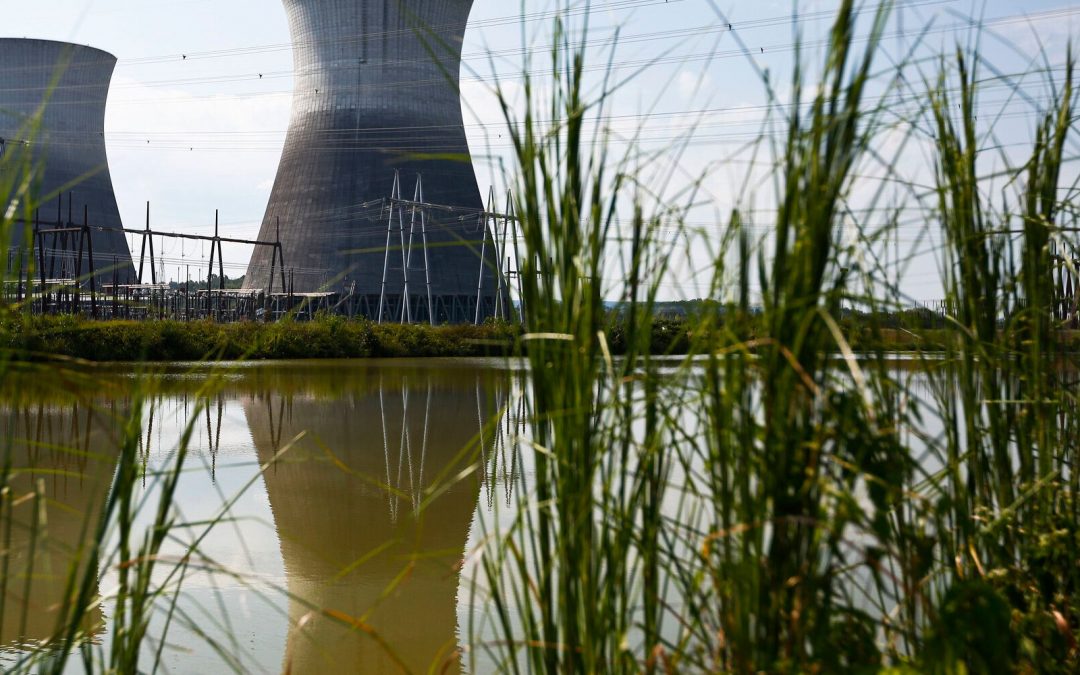 WASHINGTON (AP) ― Real estate mogul Franklin Haney contributed $1 million to President Donald Trump’s inaugural committee and all he’s got to show for the money is the glare of a federal investigation.

The contribution from Haney, a prolific political donor, came as he was seeking regulatory approval and financial support from the government for his long-shot bid to acquire the mothballed Bellefonte Nuclear Power Plant in northeastern Alabama. More than two years later, he still hasn’t closed the deal.

His tale is a familiar one in Washington, where lobbyists and wealthy donors use their checkbooks to try to sway politicians. It’s a world Haney is accustomed to operating in and one that Trump came into office pledging to upend. Yet Trump has left in place many of the familiar ways to wield influence.

Haney’s hefty donation to Trump’s inaugural committee is being scrutinized by federal prosecutors in New York who are investigating the committee’s finances. Their probe is focused in part on whether donors received benefits after making contributions.

Trump’s former personal attorney, Michael Cohen, has given prosecutors information regarding Haney, his son and business associate, Frank Haney Jr., and the nuclear plant project, according to a person familiar with what Cohen told the authorities. The person was not authorized to speak publicly and requested anonymity.

Haney had briefly hired Cohen to help obtain money for the Bellefonte project from potential investors, including the Middle Eastern country of Qatar. Cohen is now serving a three-year prison sentence for tax evasion, lying to Congress and campaign finance violations.

Haney and his attorney did not respond to interview requests.

Prosecutors also are examining whether foreigners unlawfully contributed to the committee. Federal prosecutors in Manhattan issued a subpoena last year seeking a wide range of financial records from the committee, including any “communications regarding or relating to the possibility of donations by foreign nationals.”

The inaugural committee has denied wrongdoing and said its funds were fully accounted for.

Haney, 79, has previously faced accusations that his political gift giving is aimed at cultivating influence. An investigation by House Republicans in the late 1990s alleged that Haney’s money and his political pull with senior Clinton administration officials helped him to get the Federal Communications Commission to move into an office building that he had a major stake in. Haney denied any wrongdoing and the Justice Department declined to pursue the matter.

But he was charged in 1999 with funneling about $100,000 in illegal contributions to President Bill Clinton, Vice President Al Gore and other politicians, then acquitted. A federal prosecutor described Haney as a sophisticated fundraiser who hoped to impress potential business clients with his access to elected officials, like Clinton and Gore.

Haney’s family-owned real estate business donated thousands of dollars in 2013 and 2015 to political action committees that supported Alabama Gov. Robert Bentley, who later recommended that the nuclear plant Haney wanted to buy be put up for sale. Haney also contributed to a nonprofit created to promote Bentley’s agenda. The Republican governor resigned in 2017 as he faced impeachment proceedings after an alleged affair with an aide.

In addition to the investigation into Haney’s contribution to the Trump inaugural committee, Haney is in an unrelated legal battle with the nuclear plant’s owner, the Tennessee Valley Authority. Another Haney company, Nuclear Development LLC, has filed a lawsuit in federal court accusing the TVA, the nation’s largest public utility, of illegally blocking the plant’s sale to him at the last minute. The utility has argued it couldn’t complete the transaction because Haney failed to get the Nuclear Regulatory Commission’s approval for transfer of the construction permits.

A tentative Bellefonte sale in November 2016 involved two partially constructed nuclear reactors and the supporting cooling towers, several other buildings and more than 1,000 acres of land on the Tennessee River. Haney put down $22 million and had until November 2018 to complete the $111-million sale.

On Nov. 29, the day before the sale was to be closed, the TVA scrapped the deal, declaring that Haney’s company had not yet secured regulatory approval as required by the Atomic Energy Act. Haney filed a breach of contract lawsuit.

In early April, about five months after Nuclear Development submitted its application for transfer of the construction permits, the regulatory commission’s staff told the company it needed to submit more technical details before it could proceed.

Edwin Lyman, a nuclear power expert at the Union of Concerned Scientists, said the response reflected skepticism about whether Haney’s company “is serious about or capable of actually undertaking this project or just wants to put the license in its pocket for purposes unknown.”

But Lyman added the five-member nuclear regulatory board is dominated by Trump appointees and may not want to be seen by Congress and the Trump administration as throwing up roadblocks to a nuclear power expansion.

Haney’s Nuclear Development company also has applied to the U.S. Energy Department for financing assistance on the project. The department said it considers the loan application process to be “business sensitive” and declined to comment.

Stephen Smith, executive director of the nonprofit Southern Alliance for Clean Energy, said Haney faces too many technical and financial hurdles to overcome.

For example, Bellefonte’s never-completed nuclear reactors are decades old and are of a unique design that has never received an operating license in the U.S. before. He compared Bellefonte to a Ford Pinto, a 1970s-era vehicle with serious engineering flaws. Smith said it’s “extraordinarily unlikely” Bellefonte will be allowed to operate.