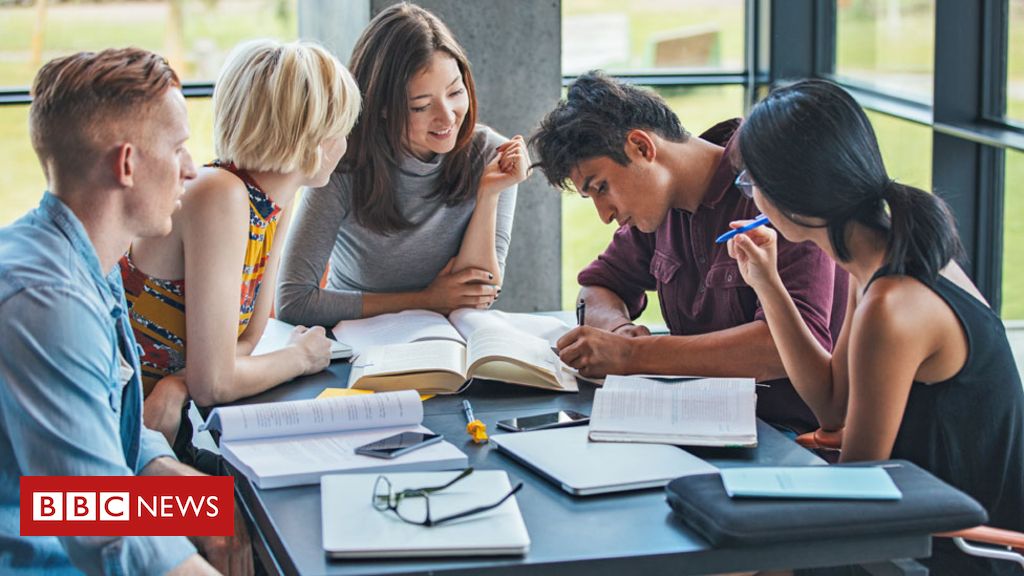 University tuition fees in England should be cut to £7,500, according to a review which would balance this by extending student loan repayments from 30 to 40 years.

The government-commissioned review calls for better funding for students in vocational education.

Maintenance grants to support poorer students, scrapped in 2016, should also be reinstated, says the review.

“I believe it is time to bring them back,” said Prime Minister Theresa May.

But Mrs May, soon to leave Downing Street, acknowledged the fate of the proposals would depend on the next prime minister.

“It will be up to the government to decide, at the upcoming spending review, whether to follow this recommendation,” she said.

The prime minister said it was right to lower fees as “plenty of courses do not cost the full current rate of £9,250 per student per year to teach”.

The review, chaired by Philip Augar, warns that “some students are charged too much for their degrees” – and calls for the maximum fee to be reduced from £9,250 per year to £7,500, beginning from 2021-22.

This fee level would be frozen until 2023-24, says the review, after which it would rise with inflation.

Such changes to the level of fees would have to be approved by Parliament before they could be implemented.

Shakira Martin, president of the National Union of Students, said it would help to address “the debt aversion caused by high fees, high living costs and the lack of maintenance grants”.

Student loans into their 60s

But students would pay back loans for another decade. Instead of any unpaid loans being cancelled 30 years after graduation, deductions would continue for 40 years.

This could see graduates paying back loans through most of their working lives into their sixties.

Graduates would continue to be charged interest rates based on inflation plus 3% – but interest charges while students were still studying would be reduced.

But the Institute for Fiscal Studies warned that the biggest winners could be the highest earners.

A former universities minister, Jo Johnson, said: “The full fees at the moment are only really repaid by those who go on to earn the most in their careers.

“Those who are asked to pay the fees for longer, for as much as 40 or more years, as Philip Augar is proposing, will be lower-earning and middle-earning graduates and, in this sense, this is regressive.”

The wide-ranging report calls for the restoration of non-repayable maintenance grants for poorer students, worth up to £3,000 per year.

The prime minister welcomed this proposal, both for those at university and on higher level technical courses.

“My view is very clear – removing maintenance grants from the least well-off students has not worked,” said Mrs May.

Speaking at the publication of the review’s findings, the prime minister emphasised the importance of providing support for further education colleges.

“They are vital engines of both social mobility and of economic prosperity,” said Mrs May.

There would also be a “lifelong learning loan allowance”, accessible for those in upper levels of technical qualifications as well as universities, and open to mature students as well as school-leavers.

The cost of university accommodation should also be scrutinised by the regulator, the Office for Students, the review says.

Universities have complained that they would struggle with a loss of fee income – but the report says the gap should be made up with direct funding.

There would, however, be higher levels of funding for some subjects – such as those that are expensive to deliver or those considered by the government to be priorities.

The report highlights the need to shift more funding towards further education rather than universities.

“Our work revealed that post-18 education in England is a story of both care and neglect, depending on whether students are amongst the 50% of young people who participate in higher education or the rest,” said Dr Augar.

He warned that this “disparity simply has to be addressed” – with calls for more support for further education colleges, more access to loans for students, investment in staffing and £1bn extra for capital spending.

“For too long, we’ve had a system that works for half the population whilst neglecting the other half,” said David Hughes, chief executive of the Association of Colleges.

He welcomed the shift in emphasis to improving vocational education and tackling skills shortages, saying that the “education and training system is not delivering to meet these needs now, so changes and fairer investment are vital”.

But he warned that if the next prime minister went ahead with a fee cut, there needed to be a “cast-iron guarantee” that the funding shortfall would be replaced.

Vanessa Wilson, head of the University Alliance of universities with strong business links, said there were “real doubts that the money, legislative space or political impetus will be there to see this through”.

In Scotland, Prof Sir Anton Muscatelli, principal of the University of Glasgow, expressed concern that Scottish universities would lose £31m a year if the fees paid by English students studying north of the border are cut to £7,500.

Currently, Scottish students get free university tuition in Scotland, while English students studying there have to pay £9,250 per year in fees.

With no guarantees of any extra funding to support it, she said the review “does nothing to address the burning injustices facing our education system”.

Education Secretary Damian Hinds defended the current student finance system as “fair and progressive” but said there were “also courses where value, in its widest sense, is not being delivered either to students or to taxpayers”.