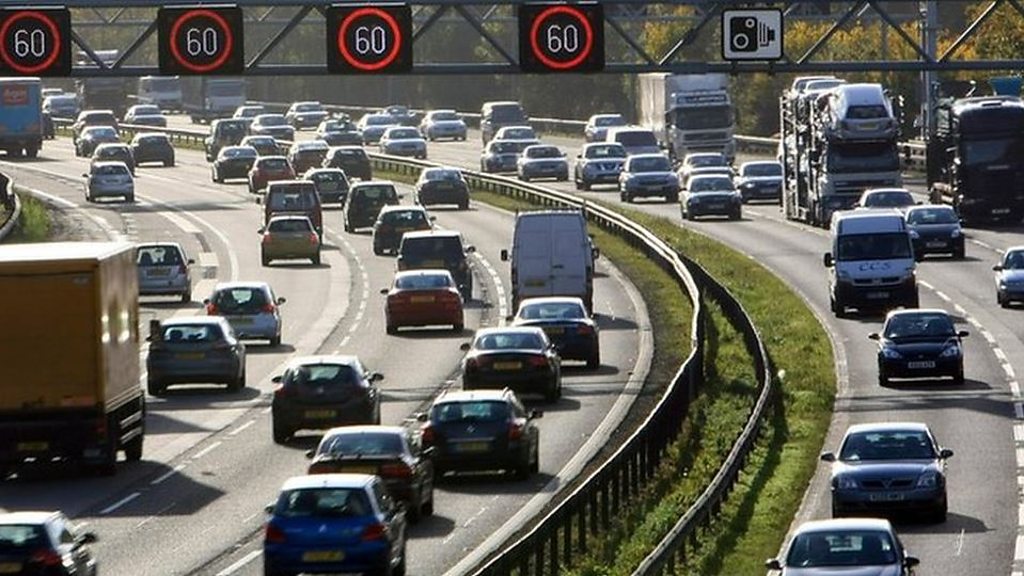 Speculation is building that First Minister Mark Drakeford will scrap plans for a £1.4bn M4 relief road south of Newport.

Transport expert Prof Stuart Cole has questioned how it could go ahead after the Welsh Government declared a climate emergency.

One Labour AM, Alun Davies, said he was assuming the first minister would not back the scheme.

The decision is expected to be announced on Tuesday.

Since the UK government announced borrowing powers for the Welsh Government, ministers have pursued building a new six-lane motorway south of Newport, re-opening proposals that date as far back as 1991.

Welsh Labour’s manifesto for the 2016 election said the party would deliver “an M4 relief road”.

The Welsh Government, under the previous first minister Carwyn Jones, commissioned a public inquiry. BBC Wales reported in February that £44m had been spent on development costs and the inquiry.

After Mr Jones stepped down as first minister in December the decision has rested with his successor Mr Drakeford, who is widely assumed to be a sceptic about the project’s benefits.

Mr Drakeford has been considering the inquiry’s findings, which are also set to be published on Tuesday.

The scheme is hugely divisive, attracting opposition from environmentalists because of the impact on wildlife on the Gwent Levels, and support from business lobby group CBI and the UK government.

Observers will be waiting to see if Mr Drakeford backs alternative upgrades to the road infrastructure around Newport, if he chooses not to go ahead with the six-lane scheme.

Alun Davies, Blaenau Gwent AM, said on Twitter at the weekend that he was assuming Mark Drakeford “will choose not to go ahead with the M4”.

“There must therefore be some immediate road improvements around Newport and an unprecedented investment in public transport,” he said.

Another Labour source said they could not see Mr Drakeford going ahead with the project.

“The climate change emergency declaration makes it very difficult now for Mark to approve it,” the source said.

Prof Cole, an opponent of the M4 relief road and a backer of the blue route alternative of upgrading existing routes, told BBC Wales a decision to build the road “doesn’t fit” with the Welsh Government’s recent decision to declare a climate emergency.

“I would see no other alternative for Mark Drakeford than to put the scheme off, or indeed cancel it completely as had happened in the past,” the University of South Wales academic said.

“I think he’s going to make the same decision on very similar grounds of cost, spread of money around Wales and environmental factors, such as building on the Gwent Levels,” Prof Cole added.

The Labour source said they would have liked to have seen the inquiry papers published by now.

“There’s no point having an inquiry if politicians are going to make up their minds without taking it into account,” the source said.

At his monthly press conference on Monday, Mr Drakeford defended his decision not to publish the report until Tuesday, saying it would not have been the “sensible course of action” if he had published it sooner.

“It’s a decision over which people have strong views and differing views,” he told reporters.

“It’s true to an extent in the Labour party, and it’s true more widely.”

The mood music on the Welsh Government’s preferred black route changed from a major to a minor key when Mark Drakeford was elected as Welsh Labour leader in December.

As finance secretary he talked about a cheaper option to the black route being “attractive”. But on taking the top job, he promised to look with fresh eyes at the report from the public inquiry before announcing a decision.

There were also questions over whether his appointment of Lee Waters, a vocal opponent of the relief road, as a minister in the transport department (albeit one who would have no involvement with the decision) was a signal the Welsh Government was planning a U-turn on its backing for the plan.

Mr Drakeford insisted that was not the case and he had not yet reached a decision.

Since then, the Welsh Government has declared a “climate emergency”. How do you do that and then announce you’re building a new road through environmentally sensitive wetlands?

Business sources, who say the new route is vital to the future of the Welsh economy, have told me they’re expecting a “no” to the black route, but with other measures announced.

If they’re right, what might those measures be – a different route, mitigation around the existing road, more investment in public transport?

We’ll find out on Tuesday.