Finally, a Policy Proposal That Takes The Housing Crisis Seriously 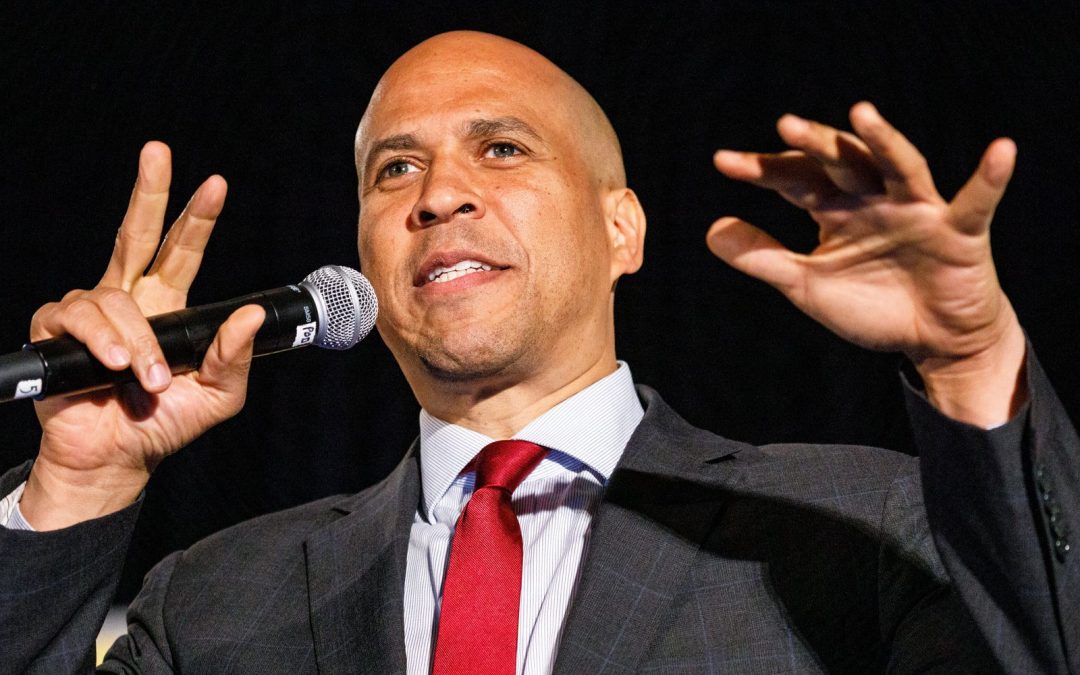 Under Booker’s proposal, cities that refuse to allow dense forms of housing would become ineligible for federal transportation grants. The policy seeks to address the central conundrum of the housing crisis: America desperately needs more homes, but building them has become almost impossible in most of its major cities.

Booker’s proposal represents an ongoing paradigm shift in regulating America’s housing supply. Though the housing crisis has received unprecedented attention in the 2020 presidential campaign, until this week no candidate had proposed any measures to hold cities accountable for failing to address it.

“It’s a big step in the right direction,” said Michael Andersen, a housing researcher at the Sightline Institute, a sustainability think tank. “Federal transportation funding is important to every community. This would create an incentive for cities to embrace growth.”

The United States is in the midst of a severe housing shortage. According to the National Low Income Housing Coalition, America has just 37 affordable homes for every 100 extremely low-income renter households. In major cities, the numbers are even worse. Los Angeles, Las Vegas and Houston have enough affordable housing for fewer than 1 in 5 of their poorest renter households.

Cities have brought much of this upon themselves. Thanks to increasingly restrictive zoning codes and vocal not-in-my-backyard local activists, low-income housing and market-rate apartments have been rendered effectively illegal. This is especially true in wealthy neighborhoods. As a result, despite attracting hordes of new residents and thousands of new jobs, America’s municipalities are still building fewer homes than they were before the Great Recession.

So far, most of the action on reversing this dynamic has been at the state level. Earlier this year, California Gov. Gavin Newsom (D) proposed withholding gas tax funds from cities that fail to meet the state’s requirements to build new housing. In the state legislature, Sen. Scott Weiner (D) has twice attempted to pass laws that would force cities to permit apartment buildings near transit lines. Washington state is moving forward with legislation that would require cities across the state to allow backyard cottages and other “accessory dwelling units.”

“Housing is the biggest issue in a lot of Americans’ lives,” Andersen said, “but so far, the national political conversation has been slow to respond to that.”

Only three candidates — Booker, Sen. Kamala Harris (D-Calif.) and Sen. Elizabeth Warren (D-Mass.) — have released housing policies so far. Harris’ plan includes a refundable tax credit for renters but doesn’t aim to increase the construction or permitting of affordable housing. Warren’s plan does attempt to address the supply side of the crisis, but through carrots rather than sticks. It would create a $10 billion “competitive grant program” that would give cities financial incentives to build more homes.

Jenny Schuetz, a housing policy researcher in the Metropolitan Policy Program at the Brookings Institution, said Warren’s is an improvement on Harris’, but might not be enough to tempt cities to drop their restrictive zoning codes.

“Throwing more money into demand without increasing supply will just have landlords jacking up rents,” said Schuetz. While support for low-income renters is a crucial aspect of solving the housing crisis, expanding rental assistance without addressing the shortage of affordable homes could result in a vicious cycle. “You’re giving more money to renters, but you’re also allowing cities to keep blocking new housing construction. Over time, that’s just going to make the crisis worse,” she added.

Schuetz also pointed out that cities already have incentives to build housing. Larger populations bring greater tax revenues and more spending from state budgets. “If that’s not enough to tempt wealthy cities to allow more density,” she said, “I don’t know if additional grants will change the calculus.”

While Booker’s proposal represents a new approach to solving the housing crisis, it also has severe limitations. His provision would revoke only discretionary transportation spending — only a portion of the funds allocated to cities each year — and would likely be challenged in court. His proposal relies on cities “demonstrating progress towards reducing barriers to affordable housing,” a concept that may allow wealthier, politically connected communities to use loopholes to shirk their responsibilities.

“Beverly Hills has enough roads already,” said William Fischel, a Dartmouth professor and the author of “The Homevoter Hypothesis.” Wealthy enclaves may decide that taxing their own populations for road improvements is a small price to pay for continuing to prevent density. “You can’t assume cities are competing with each other for transportation funding. Some need it more than others,” he said.

Solving The Housing Crisis Will Require Even More Ambition

Andersen argued that the true benefit of penalizing cities for continuing to prevent density may not be the money itself but the debate it would inspire.

“It forces cities to have an argument about zoning,” Andersen said. “Right now, all the incentives at the local level are lined up in favor of blocking new housing. A federal grant, even a small one, could create a constituency in favor of growth and force cities to look at what they’re giving up with these restrictive practices.”

Despite Booker’s novel approach, all of the housing plans proposed by the 2020 candidates fall far short of the scale of the crisis and the potential for the federal government to address it. Schuetz pointed out that the mortgage interest deduction overwhelmingly benefits wealthier homeowners. Limiting the tax benefit to first-time homebuyers — or even just to one home per family — would make it much more progressive. Similarly, expanding federal housing vouchers to the millions of people sitting on waitlists would be simpler than providing a clunky, one-payout-per-year tax refund.

“It’s great that politicians are getting more ambitious,” Schuetz said. “But I’m still not convinced they’re being ambitious enough.”