A Jewelry Box, A Bag Of Thumb Drives: How Lawyers Got An Explosive Set Of Gerrymandering Documents 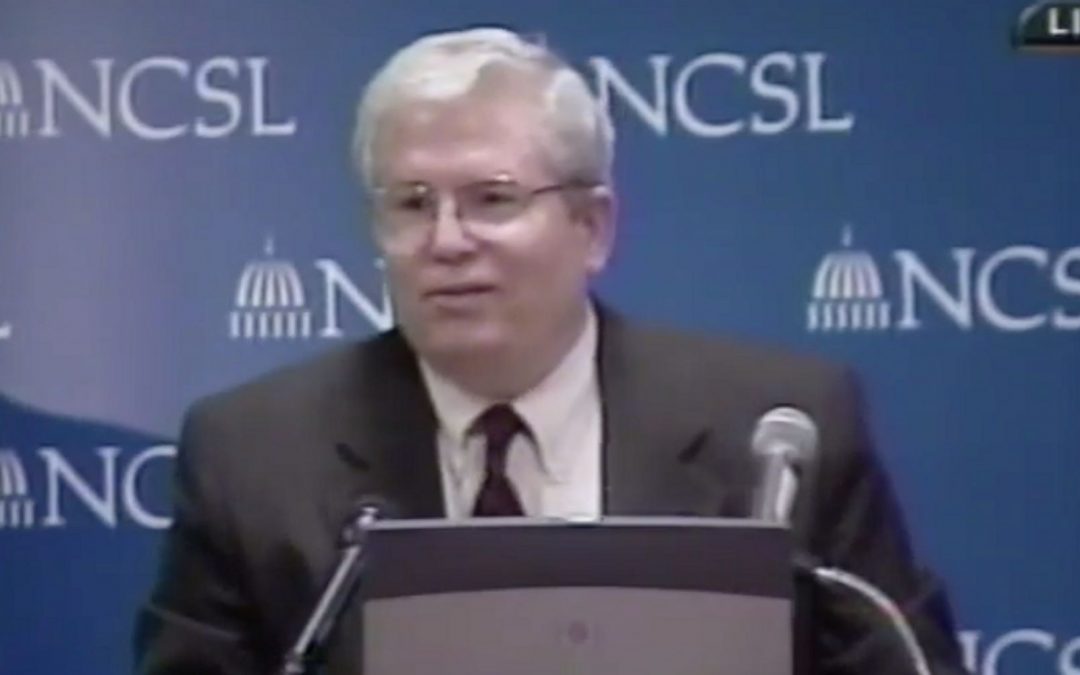 A cache of some 75,000 files belonging to a Republican gerrymandering master might never have been discovered if not for a jewelry box that once meant a lot to a young girl.

The files, which belonged to the late Thomas Hofeller, have been the basis for multiple explosive allegations in the past week. They include evidence that Hofeller helped get a citizenship question on the 2020 Census ultimately meant to help Republicans and white people maintain power, lawyers challenging the question say.

Those same lawyers ― who are separately representing Common Cause, a group that works on voting rights and campaign finance issues, in a North Carolina gerrymandering lawsuit ― also allege the files include proof that North Carolina Republicans lied to a federal court about how they went about fixing racially gerrymandered districts.

It’s not yet clear exactly what is in Hofeller’s files, but he was a longtime Republican redistricting consultant who had a hand in drawing maps in North Carolina, Alabama, Massachusetts, Texas and Virginia this decade. The files could contain a treasure trove of internal documents laying bare how Republicans went about gerrymandering in North Carolina and elsewhere. They could provide key evidence in efforts to get maps redrawn, and illuminate the motivations for getting a citizenship question on the Census. It may be for this reason that lawyers representing North Carolina lawmakers sent a letter last week demanding that lawyers for Common Cause, who have access to the files, stop reviewing them.

But the files almost weren’t found at all.

The girl, now grown up, is Stephanie Hofeller, Thomas Hofeller’s daughter. Hofeller was considered a master of drawing district lines in North Carolina and elsewhere that perpetuated Republican control of seats. Stephanie hadn’t spoken to her father, who died in August, since 2014. She only learned he’d died when she searched his name in September and found a New York Times obituary. In October, she traveled from her home in Kentucky to Raleigh to visit her mother and go through some of her dad’s old belongings.

There wasn’t much left, but when Hofeller walked into her father’s room, she immediately saw a jewelry box she would later describe as a “keepsake” from her childhood. The box was right below the flag that draped her father’s coffin when he was buried. Hofeller didn’t think the positioning was just by chance. As she said in a deposition last month, she took it as a sign that there might be some sort of special message left for her to find. (Hofeller did not respond to an interview request for this story.)

Hofeller began to look around her father’s room. On a shelf, she found a plastic bag filled with her father’s USB drives. She thought there might be some old pictures of her and her children on them, and so, after getting her mother’s approval, she took them. In all, there were four external hard drives and 18 thumb drives.

That night in her hotel room in Raleigh, Hofeller plugged the hard drives into her laptop. She found what she’d hoped for ― files she had backed up during previous visits to her parents, and old photographs of her children. But she also found something else: files related to her father’s work. She thought the files were old and irrelevant. Plus, her mother told her that Dale Oldham, her father’s business partner and another redistricting guru for Republicans, had already come by after her father died and taken her father’s laptop. Oldham, she told lawyers last month, “got all the good stuff.”

Around the same time, Hofeller was looking for a lawyer who could represent her mother in a legal proceeding. She didn’t know any lawyers in Raleigh, and she wanted someone who wouldn’t be biased against her family because of her father’s reputation. So she contacted the North Carolina chapter of Common Cause to ask if they could refer a lawyer. She knew Common Cause had repeatedly sued to strike down the very maps her father drew, and believed they would offer her an independent recommendation.

She called Bob Phillips, the executive director of the group’s state chapter, who was surprised to get the call. He later told HuffPost it “certainly was something that was completely unexpected.”

“My first instinct is to think she’s gonna scream at me because we’re part of litigation against her father’s work,” Phillips said. “It was more of a woman whose mother was in Raleigh, she was looking for someone she could rely on and provide some help. And there was no one in this town she trusted. She felt like everybody in the legal community was somehow against her.”

My first instinct is to think she’s gonna scream at me because we’re part of litigation against her father’s work. Bob Phillips, executive director of Common Cause North Carolina

Hofeller told Phillips she was estranged from her father and that she disagreed with his work. She mentioned in passing that she was interested in resolving matters related to her family estate, and that she might have some things Common Cause would be interested in.

“I honestly didn’t think it would go anywhere,” Phillips said.

Phillips passed Hofeller on to Jane Pinsky, a Common Cause lawyer. They spoke on the phone a few times, and Hofeller remarked on how much progress the group had made in developing its assertions about the legality of her father’s maps. Around the same time, Hofeller read a news article about a memorial service for her father. David Daley, a reporter who wrote a book explaining GOP efforts to gerrymander, was quoted at the end of the story saying, “It wouldn’t surprise me at all if on a hard drive somewhere in Raleigh Tom Hofeller has another set of gifts for legislators.”

Hofeller mentioned the story to Pinsky, and casually mentioned that she did in fact have hard drives of her father’s work.

Hofeller didn’t think the hard drives would have much practical use to Common Cause because North Carolina’s electoral districts had already been redrawn since her father drew them in 2011. And even if they were relevant, she thought, the ongoing cases were on appeal, where new evidence couldn’t be admitted.

But Pinsky told her that a new case had been filed in November. Common Cause was challenging the state’s legislative districts as unconstitutional partisan gerrymanders under the North Carolina Constitution. The case was still open to new evidence. Pinsky put Hofeller in touch with two lawyers working on the case, and she said she would be willing to give them what she’d discovered in her parents’ apartment. Eventually, they would send her a formal subpoena for the documents.

Hofeller told lawyers last month that she decided to turn over the documents not to get back at her father or for some kind of partisan advantage. Rather, she said, she wanted some way of preserving her father’s work.

“I felt that these files would if ― certainly be of historical value, that they would give insight into the process, not any value judgment on that process,” she said, according to the deposition. “My political viewpoint to me seemed irrelevant to the function of census data turning into voting districts, and I really thought of it in those terms.”