Democrats Are Finally Having A Great Debate On Student Debt 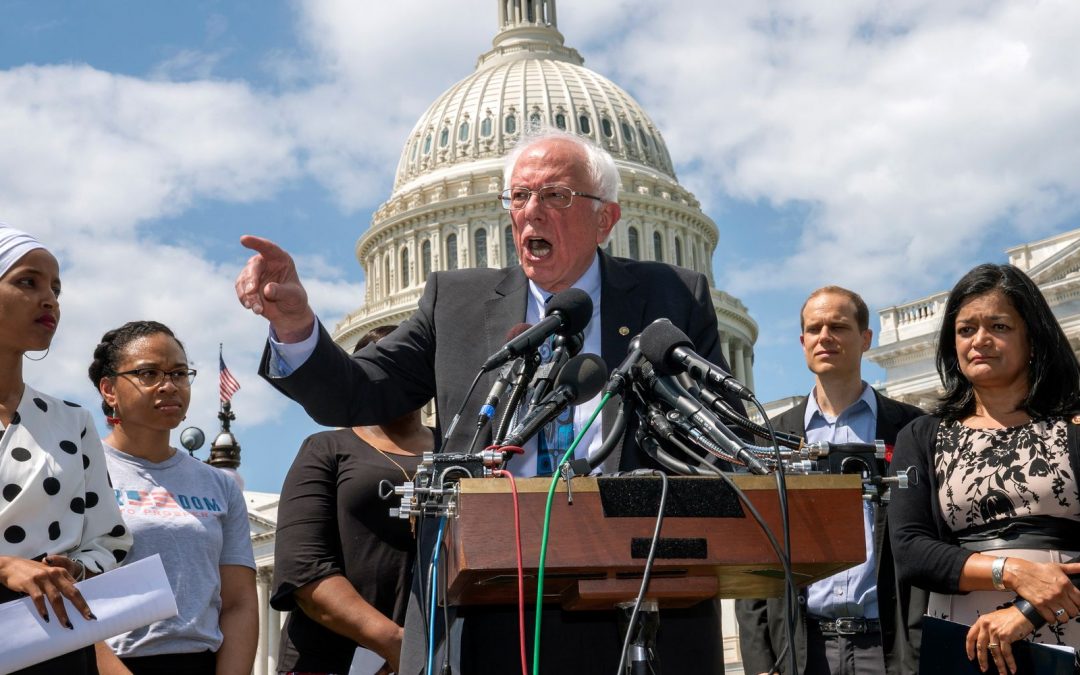 It’s a sign of the high caliber of debate within today’s Democratic Party that the 2020 presidential primary now features competing plans for student debt relief from Sens. Elizabeth Warren (D-Mass.) and Bernie Sanders (I-Vt.). Both are ambitious efforts to mend a frightening rent in the American social fabric, but they reflect a subtle and deepening divide between the two candidates on major policy problems.

The central point of both plans is the same: All tuition and fees at public universities and colleges will be eliminated. In the future, both candidates imagine, the primary driver of student debt ― expensive college education ― won’t exist.

But the plans diverge in how they deal with the $1.6 trillion in debt Americans have already accumulated.

The Sanders plan is simple: Cancel all of it, end of story.

The problem with this approach is that lots of rich people have a lot of student debt. The largest student debt balances, in general, are owed by people who end up earning the most money. So, in addition to helping the poor and the middle class, Sanders’ plan would help a good chunk of rich people, too ― including the millionaire hedge fund manager who took out loans to pay the $144,000 tuition for his Harvard MBA.

Warren’s plan tries to avoid this mess by scaling the amount of debt relief to a debtor’s income after they leave school. If your household earns up to $100,000 a year, you’ll be eligible for $50,000 in student debt relief. Households that bring in between $100,000 and $250,000 will be eligible for lower levels of relief, and those taking home $250,000 a year or more won’t get any relief at all.

Warren says her plan will result in complete debt cancellation for 75% of existing borrowers, while only the richest 5% of households would be completely excluded. But given the realities of 21st century tuition costs, even this program seems a little stingy.

Forty years ago, a prestigious state university like Virginia’s William and Mary cost in-state residents $2,962 a year for tuition and room and board. Adjusted for inflation, that’s $10,168 in today’s money. But the in-state cost for William and Mary is $36,554 next year ― meaning freshmen are looking at close to $150,00 for a four-year degree.

A lot of William and Mary grads will go on to have fabulous careers making gobs of money. But there are plenty of great, important careers out there that won’t make you rich. If this William and Mary grad moves to Washington, D.C., for a job as a social worker, he can expect to make about $50,000 a year. As a public school teacher, about $60,000. It’s easy to imagine this grad racking up six figures in debt and being stuck with a massive tab even after getting a $50,000 write-off from Warren.

There is nothing particularly radical about writing off debt. From ancient Mesopotamia and the Code of Hammurabi to modern bankruptcy courts and bank bailouts, governments have been wiping out debts for as long as the concept of credit has existed. Die-hard capitalists have their debts expunged all the time. Why not students?

But even liberals like Slate’s Jordan Weissman and The New York Times’ David Leonhardt have railed against student debt cancellation. Nearly all outstanding student debt is owed to the government. Why focus the federal budget on an issue that affects college students when the world is beset with problems like climate change, the opioid epidemic, unaffordable child care and so much more?

Supporters of student debt cancellation counter that the majority of student debt isn’t owed by the wealthy. And, though student debt balances are highest among the rich, student debt burdens are most acute among the poor and middle class for the simple reason that they don’t make as much money as their elite peers. A receptionist making $30,000 a year trying to pay off $15,000 in student debt before she goes back to finish her degree is in a lot more trouble than a $300,000-a-year doctor trying to pay down the $90,000 he racked up going to medical school.

But the better answer is that there are a million ways to deal with poverty, and it’s not really clear that student debt relief needs to be an anti-poverty program.

Student debt is creating all kinds of social problems. It’s preventing couples from having children and discouraging them from getting married. It’s conditioning people to forgo useful careers that don’t pay very well in favor of crappy jobs that will help them deal with their debt. It’s creating an entire generation of people saddled with a problem that no other generation has had to deal with ― breeding social resentment and distrust of the political system. It’s limiting economic growth and screwing up the housing market. All of these are serious issues worthy of attention alongside an anti-poverty agenda.

The fact that the administrations of George W. Bush and Barack Obama essentially ignored the student debt bomb is a sign of deep, bipartisan failure in our politics. Both, of course, claimed to be doing something about it, but the problem continued to snowball, and the divisions between the debt generation and everyone else kept deepening. Student debt has increased from $675 billion at the beginning of the Obama presidency to $1.6 trillion today.

There’s no serious way to deal with that without writing a ton of it off. The fact that Democrats are finally debating how much ― and for whom ― is a tremendous step forward.