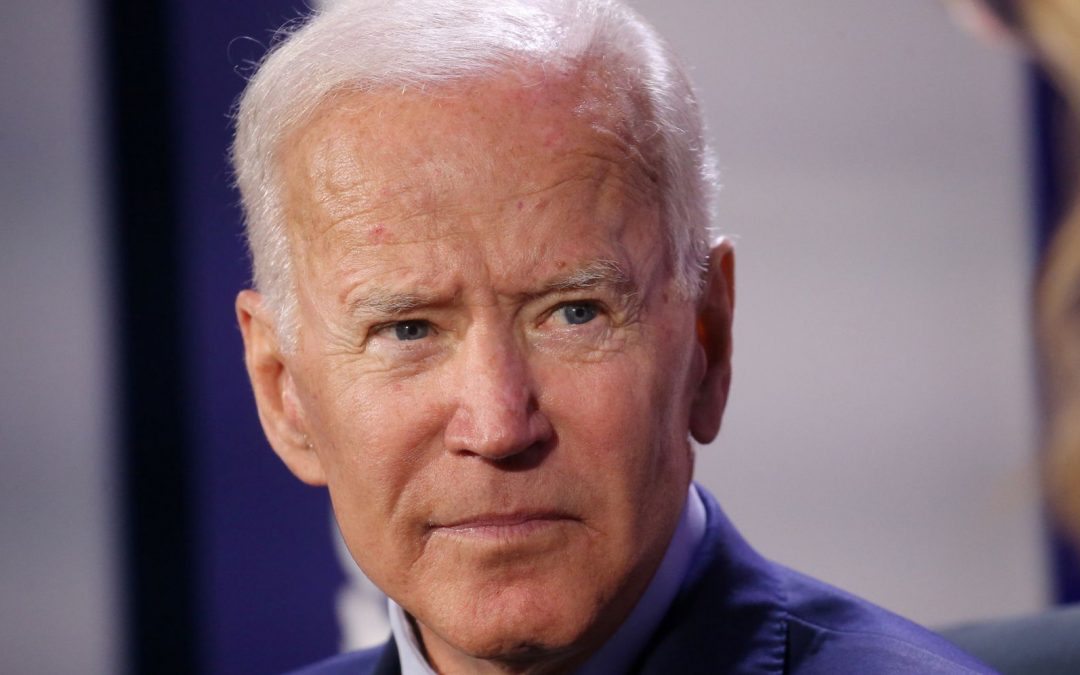 When Joe Biden first entered the Senate in 1973, he was intimidated. One of the youngest senators ever, he saw himself surrounded by political giants like West Virginia’s Robert Byrd, Minnesota’s Hubert Humphrey and Mississippi’s James Eastland. He respected the institutional role he was given, and mostly watched and listened and learned. But there was one issue he needed to raise with those political giants: campaign finance reform.

With the Watergate scandal raging, Biden and another Democratic freshman, Iowa Sen. Dick Clark, were given the rare chance to pitch legislation to the full Democratic caucus. Most Democrats, even from the party’s liberal wing, were aiming to capitalize on public outcry after Watergate to impose strict limits on campaign donations. Biden and Clark wanted to go further.

“I was making the pitch for total public financing of elections,” Biden wrote in his 2007 memoir “Promises to Keep.” “Once I got on a roll, I just kept going. Public confidence in the process was eroding with every election cycle, I reminded my Democratic colleagues, and the scandals surrounding the Nixon reelection campaign finances had been a new low point. Public financing was a way to win back the trust.”

“We would never again have to worry about who our contributors were or what high crimes and misdemeanors stuck to them. It would free us all,” he added. “We’d be beholden to no individual and no interest group. We’d be answerable to our true constituents only — the American people.”

It was a bold vision, and one campaign finance advocates are still fighting for nearly five decades later.

“I don’t think there’s anyone around in public life who has a longer track record of supporting public financing of elections than Vice President Biden,” said Fred Wertheimer of Democracy 21, one of the longest active campaign finance reformers, who remembers testifying alongside Biden at a hearing back in 1973.

But in the early stages of his third bid for the presidency, Biden has quickly become one of the favorite candidates of the Democratic Party’s biggest donors.

He opened his campaign with a fundraiser at the house of a top Comcast executive in Philadelphia. He’s setting up a bundler program, asking donors to raise up to $100,000 for his campaign. He’s already held high-dollar fundraisers in Miami, Nashville, Los Angeles, San Francisco and Washington, D.C. He’s not taking donations from lobbyists, but a few have attended his fundraisers. All of this helped him raise $21.5 million in his first few months in the race, his campaign announced Wednesday.

For years, much of the Democratic Party has lived with contradictions like these. President Barack Obama and many Democratic House and Senate members simultaneously collected checks from wealthy donors while also advocating for both incremental and wholesale changes to how American elections are financed. Most campaign finance reform advocates were satisfied ― the stop-and-start progress on the issue was mostly stymied by Republicans who opposed nearly any limits on the role of money in politics.

“This is the way the system works for many candidates,” Wertheimer said of Biden’s fundraising. “For us, the test is always what they are prepared to do to change the system. It’s a rotten system that people who run for office function in.”

But a younger, more emboldened generation of progressives isn’t willing to take that deal, and is pushing for Democrats to ditch high-dollar fundraising and raise most of their money in small-dollar increments online. Sens. Bernie Sanders (I-Vt.) and Elizabeth Warren (D-Mass.) both essentially forgo any concerted effort to woo major donors. If Biden enters a final showdown for the nomination with either candidate, they are sure to hammer away on the amount of time Biden has spent raising money from the well-connected.

Since Biden entered the race, reams of copy have focused on positions he has held that were once considered moderate, but which the modern Democratic Party has marched past: on criminal justice, race, abortion, bank regulation. But Biden’s record on campaign finance shows how, even on issues where he was on the party’s leftmost flank, his legislative record still might not be good enough for the party today.

Biden’s pitch for public campaign financing back in 1973 did not go well. He recalls the speech being met by total silence at first. Then, Eastland declared: “Y’all keep making speeches like y’all made today, and you gonna be the youngest one-term senator in the history of America.” Sen. Warren Magnuson, a liberal from Washington state, had a similar reaction: “Cut the crap,” he told the Delawarean. “I didn’t spend thirty years in the U.S. Senate to give away my seat to some sniveling little jerk.”

Biden’s concerns about how donations could corrupt politicians were heartfelt. In the same memoir, he recalls turning down a $5,000 donation from the International Machinists Union after its president asked how he would vote on a specific issue that would benefit the union’s members, and says he was uncomfortable when a group of local investors asked him how he felt about cutting the capital gains tax.

Over the course of more than three decades in the Senate, Biden’s attention went elsewhere. He became the chair of the Judiciary Committee, where he oversaw crime laws and the Supreme Court confirmation hearings of Robert Bork and Clarence Thomas. He grew in power on the Foreign Relations Committee and was deeply involved in the U.S. response to the wars that followed the breakup of Yugoslavia. But throughout, he remained active on campaign finance issues. In the 1990s, Wertheimer remembers, Biden and Sens. Bill Bradley of New Jersey and John Kerry of Massachusetts continued to introduce public campaign financing legislation.

When the needle did finally move on campaign finance issues in the early 2000s, it was a law authored by Sens. Russ Feingold (D-Wis.) and John McCain (R-Ariz.) that created the basis for the modern campaign finance system. Biden voted for the law but said at the time it didn’t go far enough.

“We think this is a little drop in the bucket,” Biden said on “Meet the Press” in 2001, the “we” referring to himself and Kerry. “It’s a minimum to start.”

Biden had been even more critical of another modest campaign finance reform bill in the early ’90s. “Moderate reform is like moderate chastity ― ain’t no such thing,” he told columnist Jack Anderson at the time. In 2007, he told a crowd in Wilmington, Delaware, for the launch of his second presidential bid that creating a public campaign finance system “is going to be the highest domestic priority that I have.”

At the same time, Biden was loosening some of his self-imposed fundraising standards. The conservative magazine National Review dubbed him the “senator from MBNA,” and a 2000 Newark Star-Ledger story said he solicited a $150,000 donation from the bank to the Democratic Senatorial Campaign Committee as the Senate was considering bankruptcy legislation supported by the bank. In 2005, as he geared up for a second presidential bid, he backed away from his own long-standing decision not to accept money from political action committees.

Biden made the decision before launching his leadership PAC, Unite Our States, at “a six-figure gala hosted by 20 lobbyists, former lawmakers and Democratic fundraisers,” Roll Call reported at the time.

There was little legislative movement on campaign finance issues during Obama’s presidency, although a John Roberts-led Supreme Court struck down numerous campaign finance restrictions ― most prominently in the 2010 Citizens United decision ― giving rise to the big-money super PAC era. Biden has rejected those financial innovations, snubbing a super PAC purportedly set up to back him.

In his second memoir, 2017′s “Promise Me, Dad,” the former vice president recalled his deliberations ahead of a potential presidential bid in 2016 and why he decided to reject super PACs, at least during the primary.

“In all my years of campaigning, I knew there was big money out there for me. But I also knew people were sick of it all,” Biden wrote. “Everybody understood that in a system awash with money, the middle class didn’t have a fighting chance.”

But the opening months of Biden’s run have seen little of Biden’s traditional zeal for campaign finance reform and plenty of examples of hobnobbing with big donors.

That’s created two problems for his campaign: Leftists who oppose him for a wide variety of reasons have been able to paint him as a tool of big money, and advocates who know his record have been left waiting for him to give them something to talk about.

“The legislative record is not something any American is looking at, unfortunately. The historical record only matters if they tie it into what they’re going to do going forward,” said Lisa Gilbert, the president of Public Citizen. “There should be recognition of who’s done good work in the past, but the candidates who have done good work need to talk about it.”

Biden’s campaign said he continues to support public financing of elections, pointing to his donation policies as evidence of his passion. And if Biden does win, it appears Democrats in Congress will be more receptive to his pitch. A broad government reform bill including public campaign financing, H.R. 1, easily passed the House in March with unanimous support from the Democratic caucus.

“Joe Biden has championed the public financing of our elections since his very first session in Congress and supports a constitutional amendment to overturn Citizens United, in order to empower the voices of ordinary citizens and diminish the influence of corporations and special interests in our political system,” Biden spokesman Andrew Bates said. “That is why his campaign is refusing any donations from corporations, their PACs, or lobbyists and has welcomed the press into every single fundraiser held by the campaign for openness and transparency.”

But publicly, Biden isn’t emphasizing the issue he once called his “highest domestic priority.” When, this May, he kicked off his third presidential bid at a rally in Philadelphia, he never mentioned the issue.