Alison Klayman: Bannons into the Great Man theory of history and hes certain hes one of those great men 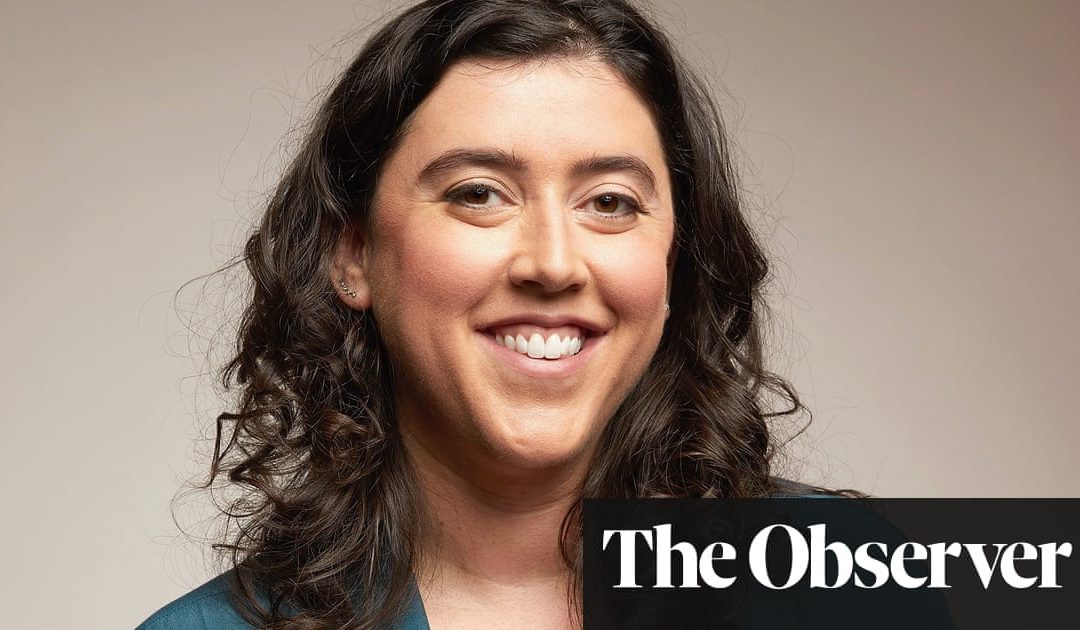 The award-winning documentarist on persuading the far-right strategist Steve Bannon to reveal himself in her new film, The Brink 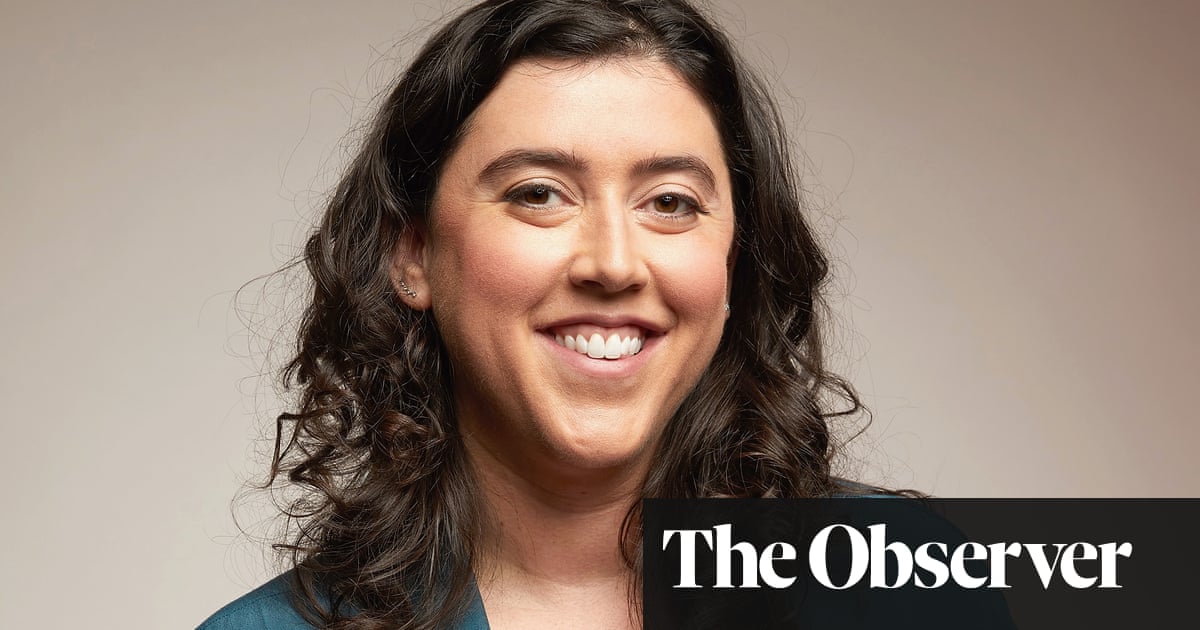 Alison Klaymans documentary Never Sorry about the Chinese artist Ai Weiwei received a special jury prize at the 2012 Sundance festival. Her new film, The Brink, follows Steve Bannon, Donald Trumps former chief strategist, in the 13 months following his acrimonious departure from the White House in 2017. It covers a period during which Bannon campaigned for Republicans such as Roy Moore, the far-right Alabama politician who was accused of sexual misconduct, and established a new pan-European populist organisation, the Movement.

Why did Bannon give you so much access? Is it because, as he says in the film, he learned from Trump that there is no such thing as bad media?
Only he knows the answer to that. When my producer approached him, she appealed to his ego and his vanity. Hes into the Great Man version of history, and hes certain hes one of those great men.

How did you think of Bannon when you began following him? Did you feel differently about him by the end of the process?
At first, I wanted the answer to two questions. One was: could I stand to spend so much time with someone whose rhetoric I abhor? The second was: is he going to be a good character for a documentary? Will he reveal himself? I felt quite quickly that the answer to the second question was yes. He talks a lot. My philosophy was to let him underestimate me, but never to allow myself to underestimate him. As time went on, he did not impress me. I came in with ideas about his values, but I didnt know much about the substance of his platform, and I discovered that to be rather unimpressive. A lot of it is really just talking points. He is good at working wealthy donors and the press, and those were the fumes he was running on.

In the film, John Thornton, the former president of Goldman Sachs, describes Bannon as charming. Is he?
I think its possible to see someone as charming, but to not be charmed yourself. But the audience gets to draw its own conclusions. Whats risky about the film, but essential, is that you encounter him as a person. Its important for people to understand that the inhumane consequences [of political decisions] both in history and in the present moment are perpetrated by humans. It really is about the banality of evil.

How much of what he says does he believe? Is some of it just posturing: an attempt to wind liberals up?
The hallmark of the Bannon way of looking at the world is to be concerned about tactics and strategy, not the outcome or the ethics. Hes self-interested, and he often does what is expedient. But just because hes interested in being important and successful and enriching himself, it doesnt follow that he doesnt believe in what he is doing.

Bannon loves to attack the so-called elite but in the film he travels on private planes and stays in five-star hotels. Were you surprised by his lifestyle, and that of his associates?
I was pleased to be able to show visually the hypocrisy of his policies. But I was less surprised at the wealth of the people he worked with than at their proximity to the mainstream corporate America and global politics: Hollywood, finance, Silicon Valley, senior Republicans and Democrats were all on the phone. I was surprised they were willing to be seen with him, though a lot werent.

Did he meet Boris Johnson when you were with him?
I dont know that they saw each other in person, but he was unequivocal that they were in touch.

But he did meet Nigel Farage. What did you make of their relationship?
Farage seemed like all the others who came to kiss the ring. Bannon holds court and people come to him, the one exception being Miles Kwok [the Chinese billionaire]. They clearly had history, a mutual admiration. Out of that meeting came one of my favourite lines in the film. Bannon says: I think I can fund it, this group [the Movement]. All we need are the ideas. It seemed comical then. Its so empty. But its a reminder that just because people are dismissible in terms of their substance, their tactics can still work. Farage hadnt started his new party then, but look at it now.

In one scene, Bannon meets with members of various European far-right parties. This is chilling to watch, but its also fantastical. Is he, perhaps, a bit of a fabulist?
Those are the questions to have in your mind. Some of those people are high-level, but others are from insignificant parties, or theyve been kicked out of their parties. After I filmed that scene in London last summer, I took one of the unfinished bottles of wine from their dinner table up to my room and I called my husband, and said: Either I just filmed the Wannsee Conference [a meeting of senior Nazis in 1942], or I filmed a bunch of jerks having dinner. The Brink ends with the 2018 US midterm elections, when the Democrats took back Congress. The right is beatable. But even if Bannon isnt all he says he is, it would be a disservice to tell people not to worry. The fight needs to continue.

Bannon insists he hated working at the White House. Did you believe him?
That reeked of: I broke up with him, he didnt break up with me. But the constraints of the White House, even a White House under Trump, and the relative lack of glamour the fact he couldnt just raise money and spend money with no oversight probably did cramp his style. Also, the fact that he couldnt just play Trump like a piano.

Theres no hint of a personal life in The Brink. Bannon jokes that he doesnt even know what the phrase means. Does he have one?
He worked compulsively. He used to be an alcoholic; it felt like he had replaced that addiction with work. He was dating someone, but they didnt travel with him and they didnt want to be in the film. He cares about his dad, whom I did meet, and he often talked about his oldest daughter, who was a marine [Bannon has three daughters, and three ex-wives]. But essentially, his life is encapsulated by that line: what is a personal life?

Were you with him when he saw the finished film?
No, my producer showed it to him. He and I havent spoken since I took the microphone off him the night of the midterms. He didnt love it, and he didnt hate it. It seemed like he was reserving judgment for how it was going to be received. And then the reviews came out, and they characterised him in a new way. The consensus was that he appears smaller; that he was given enough rope to hang himself. With Bannon, the line used to be: hes an evil genius. Hes gross, but hes so powerful and effective, and therefore dangerous. He was ready because he doesnt care about this to be accused of being a racist. But these depictions of him as a huckster and a salesman they were different. After that, he cut off all contact with us.

What has stayed with you since you finished the project?
Although Im wary of hyperbole, this project was very personal. My mothers parents are Holocaust survivors, and that is a defining aspect of my identity. But the question of what it means to be complicit or a perpetrator is one that has always seemed way scarier to me than the question of what it means to be a victim. What gets people to a place where society does cruel things? If we had vrit footage of the rise of the Third Reich, would it look that different from whats in my film? Im not sure that it would, and I dont think its overblown to make that connection.