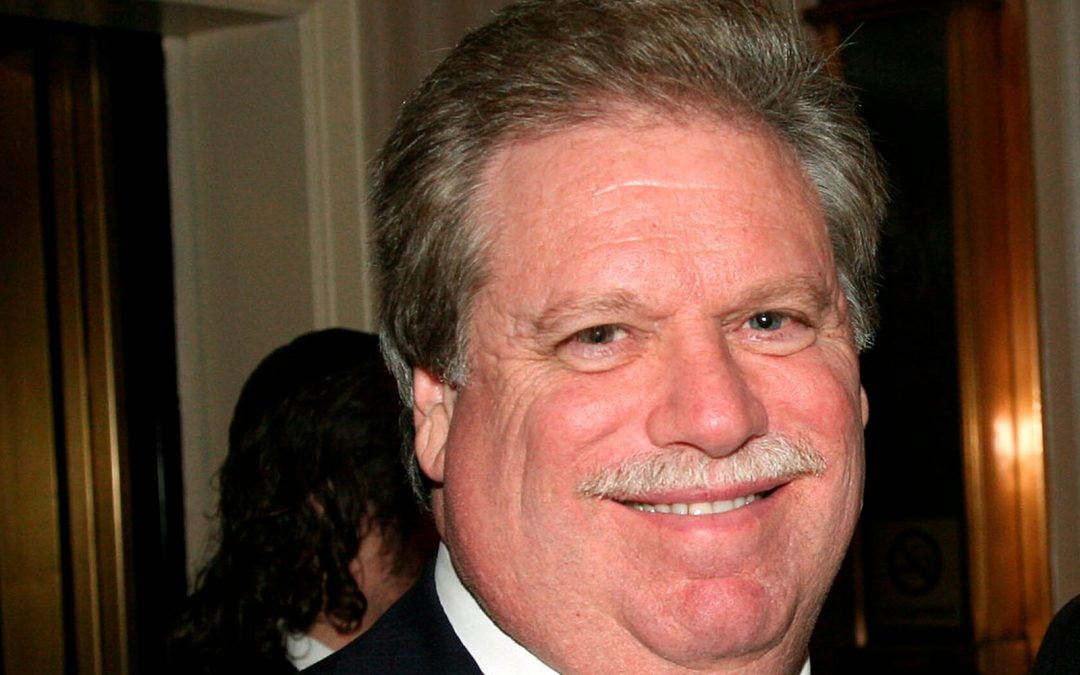 NEW YORK (AP) — A federal grand jury in New York is investigating top Republican fundraiser Elliott Broidy, examining whether he used his position as vice chair of President Donald Trump’s inaugural committee to drum up business deals with foreign leaders, according to documents obtained by The Associated Press and people familiar with the matter.

A wide-ranging subpoena the U.S. Attorney’s Office in Brooklyn recently sent to Trump’s inaugural committee seeks records relating to 20 individuals and businesses. All have connections to Broidy, his investment and defense contracting firms, and foreign officials he pursued deals with — including the current president of Angola and two politicians in Romania.

Prosecutors appear to be investigating whether Broidy exploited his access to Trump for personal gain and violated the Foreign Corrupt Practices Act, which makes it illegal for U.S. citizens to offer foreign officials “anything of value” to gain a business advantage. Things of value in this case could have been an invitation to the January 2017 inaugural events or access to Trump.

A statement released to the AP by Broidy’s attorneys said that at no point did Broidy or his global security firm Circinus have a contract or exchange of money with “any Romanian government agency, proxy or agent.” It also said that while Circinus did reach an agreement with Angola in 2016 there was no connection whatsoever to the inauguration or Broidy’s role on the inaugural committee.

“Any implication to the contrary is completely false,” the statement said.

The Brooklyn probe appears to be distinct from an inquiry by Manhattan federal prosecutors into the inaugural committee’s record $107 million fundraising and whether foreigners unlawfully contributed.

It followed a request last year by Democratic U.S. Sens. Elizabeth Warren of Massachusetts and Richard Blumenthal of Connecticut that the Justice Department investigate whether Broidy “used access to President Trump as a valuable enticement to foreign officials who may be in a position to advance Mr. Broidy’s business interests abroad.”

Brooklyn federal prosecutors and the president’s inaugural committee declined to comment on the grand jury proceedings, which are secret. But two people familiar with the matter told the AP that the committee has already complied with the subpoena, issued in April, and a third said the FBI has interviewed at least one of Broidy’s business associates named in the subpoena.

The people spoke to the AP on the condition of anonymity because they were not authorized to discuss the ongoing investigation.

Broidy, a 61-year-old Los Angeles businessman, made a fortune in investments before moving into defense contracting and has played prominent roles in GOP fundraising, including as finance chairman of the Republican National Committee from 2006 to 2008 and vice chair of the Trump Victory Committee in 2016.

But there have been problems along the way. In 2009, investigators looked into the New York state pension fund’s decision to invest $250 million with Broidy and found he had plied state officials with nearly $1 million in illegal gifts. Broidy pleaded guilty to a felony but it was later knocked down to a misdemeanor after he agreed to cooperate with prosecutors and pay back $18 million in management fees.

Another scandal came last year when Broidy stepped down as deputy finance chair of the RNC after reports that he agreed to pay $1.6 million as part of a confidentiality agreement to a former Playboy model with whom he had an affair. That payment was arranged in 2017 by Trump’s longtime lawyer Michael Cohen.

In the Brooklyn federal probe, Broidy’s is the first name listed in the grand jury subpoena, followed by his Los Angeles investment firm and four limited liability companies linked to him.

It also sought records related to George Nader, a Broidy associate who served as an adviser to the United Arab Emirates, provided grand jury testimony to special counsel Robert Mueller and was recently jailed on federal child pornography charges.

Several of the names included in the subpoena also appeared in a cache of leaked emails anonymously distributed last year to several news organizations, including the AP. Broidy has contended the emails were hacked from his account, and that several of the documents were altered or forged. His attorneys declined to specify to the AP which emails they believed were doctored.

As provided to the AP, the emails show Broidy invited two Angolan leaders named in the subpoena to Trump’s inaugural, and that the invitation was accompanied by a multimillion-dollar contract for Circinus to provide security services in Angola that Broidy asked be signed ahead of the events.

In a follow-up note to one of the Angolans — then-Defense Minister and current President João Manuel Gonçalves Lourenço — Broidy discussed a planned visit to Trump’s Mar-a-Lago resort in Florida, and in the same correspondence demanded a past-due payment for Circinus’ services.

“Many preparations have been made in advance of your visit,” Broidy wrote in February 2017, “including additional meetings at the Capitol and the Department of Treasury.”

The Angolan Embassy in Washington did not respond to a request for comment.

The grand jury subpoena also included several names associated with Broidy’s work on behalf of Romanian politicians at a time when Broidy’s defense company was seeking a lucrative contract to provide security services to the Romanian government — a deal Broidy’s representatives said never came to fruition.

Those names included Sorin Grindeanu, who at the time was prime minister, and Liviu Dragnea, a former parliamentary leader who began serving a 3½-year prison sentence in May for abuse of power. Both officials also attended inaugural events.

Dragnea became a focus of European Union efforts to bolster the rule of law because of his efforts to remove an anti-corruption prosecutor, Laura Kovesi, who investigated him. According to the emails obtained by the AP, Broidy tried to persuade California Republican Rep. Ed Royce, then the chairman of the House Foreign Affairs Committee, not to meet with Kovesi during a planned visit to Bucharest in 2017.

“This meeting will not only cause significant issues within the present government (but) potentially diminish the good will which we wish to achieve amongst the Romanian people,” Broidy wrote to Royce.

“These are FULL STOP issues in my judgment,” the attorney wrote. “NO MATTER HOW LONG THAT TAKES IT ALL MUST BE DONE IN ADVANCE OF ANY CONTRACT WITH ROMANIA.”

Britton, who did not respond to a request for comment, is not among those named in the subpoena.