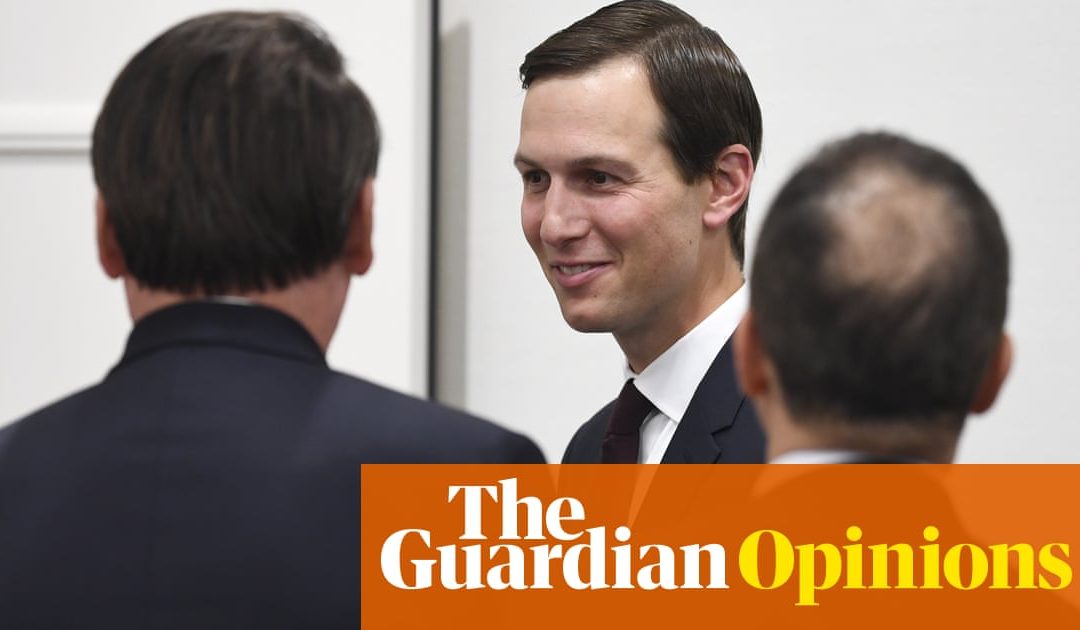 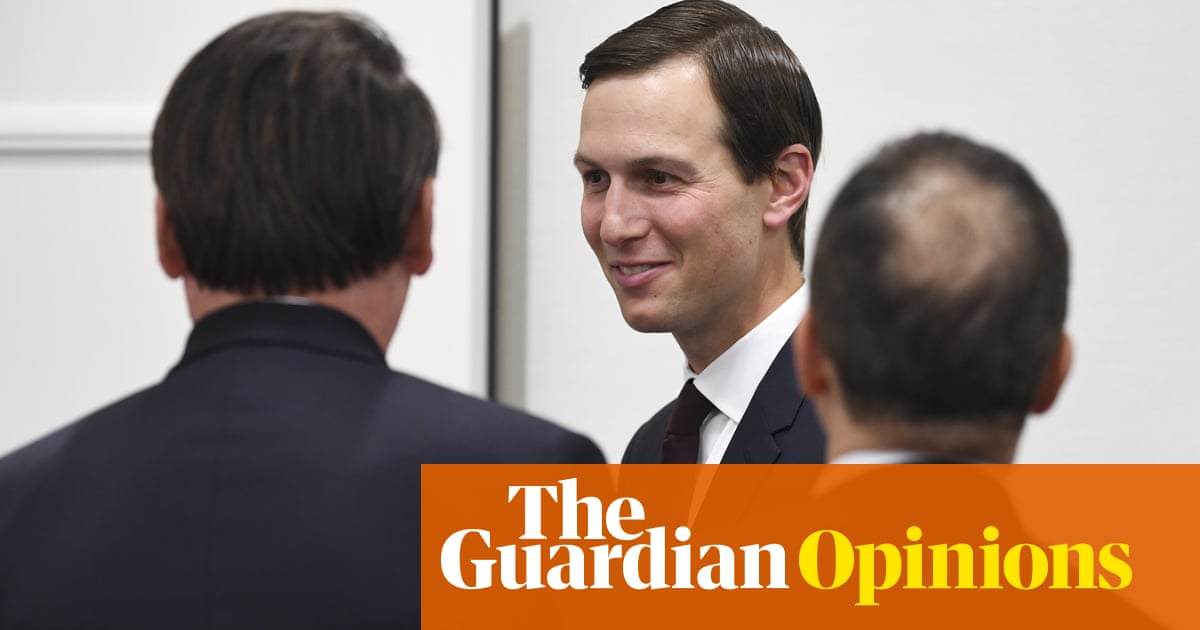 In May 2017, two of Donald Trumps senior advisers, Jared Kushner and Steve Bannon, met for a private dinner with top leaders of Saudi Arabia and the United Arab Emirates. The pair learned of a plan by the two American allies to impose a blockade on another US ally, Qatar, according to congressional staffers.

Trumps secretary of state at the time, Rex Tillerson, was left in the dark. Tillerson only learned of the meeting two months ago, when he was interviewed for seven hours in a closed-door session with lawyers and staffers working for the House foreign affairs committee.

Tillersons testimony, which was made public last week, highlighted the inner workings of the Trump administration and revealed the extent to which Kushner and to a lesser degree, Bannon, who left the administration in August 2017 were conducting a shadow foreign policy. When asked how he felt about being left out of such vital meetings as Americas top diplomat, Tillerson told the committee: It makes me angry I didnt have a say. The state departments views were never expressed.

The meeting in May 2017 was crucial because it helped solidify a Trump foreign policy favoring Saudi Arabia and the UAE in their conflict with Qatar, a tiny emirate in the Gulf that is rich in natural gas and home to a major US military base. It also raises questions about a problem that has dogged Kushner since the earliest days of the Trump administration: whether his familys business interests are driving his political decisions.

Weeks before the blockade, Kushners father the real estate developer Charles Kushner met with a top Qatari official to seek financing for a distressed Manhattan office tower. The Qataris declined. One must wonder: did Jared Kushner support a blockade of a US ally as political payback because it would not fund his familys business?

In his role as the presidents son-in-law and senior adviser, Kushner has cultivated a close relationship between Trump and the ruthless Saudi crown prince, Mohammed bin Salman. Trump has tried to shield the prince from blame for the murder of the Saudi journalist Jamal Khashoggi, despite a CIA assessment that concluded, with high confidence, that the prince had ordered the killing. Trump and Kushner have offered Saudi Arabia unwavering support for continued weapons sales and business deals with the kingdom.

In February 2018, the Washington Post reported that US intelligence services were worried that officials in at least four countries the UAE, Israel, Mexico and China had discussed ways to manipulate Kushner. The paper quoted US officials saying that Kushner was nave and being tricked in his contacts with foreign leaders, who tried to take advantage of his complex business arrangements and lack of foreign policy experience. That month, Kushners interim security clearance was downgraded from top secret to secret, which restricted his access to the most sensitive US government information. In May 2018, however, Trump ordered his chief of staff to give Kushner a permanent top-secret clearance, over the objections of US intelligence officials concerned about his contacts with foreign leaders and his business dealings.

Even before Trump took office, Saudi leaders had figured out that they could influence Kushner because of his lack of knowledge about the Middle East and enthusiasm to negotiate a peace deal between Israel and the Palestinians. In November 2016, Prince Mohammed sent a delegation of Saudi officials to the US to meet with Kushner and other Trump advisers. The Saudis wrote a prescient assessment that was later leaked to the Lebanese newspaper Al-Akhbar: Trumps inner circle is predominantly deal makers who lack familiarity with political customs and deep institutions, and they support Jared Kushner.

The Kushner familys financial troubles began after it purchased an office tower at 666 Fifth Avenue for a record $1.8bn in 2007, at the height of a real estate market that crashed a year later. Since 2016, Kushner Companies had negotiated with investors from China and Qatar to bail out the property, which was facing $1.4bn in loan payments due in February 2019. But those deals fell through because the investors, who had connections to the Chinese and Qatari governments, worried about the public scrutiny created by Kushners job in the White House.

Kushner insists he has played no role in negotiations over the Fifth Avenue tower. After he joined the Trump administration as a senior adviser in January 2017, Kushner resigned as the chief executive of his familys company. He sold his stake in the Fifth Avenue building and some other assets to a family trust. But Kushner kept a substantial stake in his familys firm, and he and his wife, Ivanka Trump, own real estate and other holdings worth more than $800m, according to disclosure forms.

The Kushner family focused on Qatar as a potential savior for its investment even before Trumps election. In 2015 and 2016, according to the Intercept, Jared Kushner and his father Charles negotiated with the Qatari billionaire and investor Sheikh Hamad bin Jassim al-Thani, who had served as Qatars prime minister. The businessman offered a deal worth about $500m, but it was contingent on Kushner Companies securing investments from other creditors. The deal fell through when the Kushners were unable to secure other funding.

Then, in April 2017, the Intercept reports, Charles Kushner and other officials in the family real estate firm met with the Qatari finance minister, seeking an investment from Qatars sovereign wealth fund to bail out the troubled Fifth Avenue property. The Qataris declined.

That meeting in late April 2017, just weeks before the crisis erupted between Saudi Arabia, the UAE and Qatar, is pivotal because it was the first time that the Kushners had directly approached a representative of the Qatari government. Democratic congressional staffers zeroed in on that meeting and subsequent events in their questioning of Tillerson. And while the former top diplomat demurred in answering directly, the line of questioning revealed that House investigators are exploring the sequence of events involving Kushners family company and the blockade of Qatar.

Were you concerned, sir, that Mr Kushners family was seeking significant funding from Qatar at the same time as he was involved in decisions of this magnitude that involved Qatar? one staffer asked Tillerson.

Tillerson responded: Your question assumes that I was aware that he was involved in decisions around Qatar. Im unaware of that.

The Democratic congressional staffers told Tillerson that they learned about the dinner on 20 May 2017 in which Kushner, Bannon and Saudi and UAE leaders discussed plans for the blockade of Qatar. The two Trump advisers were in the Saudi capital, Riyadh, as a part of a large US delegation accompanying Trump, after he decided to make the kingdom his first stop on his maiden foreign trip as president. Kushner and Prince Mohammed played key roles in organizing that two-day trip, where Saudi rulers feted Trump with multiple banquets and displays of admiration.

Two weeks later, in the early hours of 5 June 2017, Saudi Arabia and three of its allies the UAE, Egypt and Bahrain severed diplomatic and economic relations with Qatar. Saudi leaders accused Qatar of financing terrorism; supporting Islamist groups like the Muslim Brotherhood and Hamas; and undermining Arab efforts to isolate Iran. They imposed a blockade, sealing off Qatars only land border, and restricting air and sea travel to and from the peninsula.

Initially, Trump sided with Saudi Arabia and the UAE in their campaign to isolate Qatar. With a series of tweets criticizing Qatar, he undermined efforts by two of his top national security aides, Tillerson and the then defense secretary, Jim Mattis, to defuse the crisis. Trump has since expressed support for Qatar, but Saudi Arabia and the UAE are still leading the blockade.

A year after its ill-fated outreach to the Qatari government, Kushners family found a savior for its Manhattan office tower. In May 2018, Kushner Companies negotiated a bailout deal with Brookfield Asset Management, one of the worlds largest real estate companies. The second-largest investor in Brookfields real estate subsidiary happens to be Qatars sovereign wealth fund.